Dementia is the overall term for memory loss and cognitive impairment that results from diseases such as Alzheimer’s. It progresses as damage to the brain disrupts normal communication between brain cells and, in turn, affects behavior and thinking. This story is part of a Religion News Service series on dementia and religion. The rest of the series can be found here.

LOUISVILLE, Ky. (RNS) — They sat in a circle in a room usually used by high schoolers and talked about the people they loved who no longer recognized them or who had died forgetting the names of family caregivers in their last days.

The Alzheimer’s caregiver support group on a campus of Southeast Christian Church started with a devotional lesson referring to Charlie Brown pal Linus’ lack of fear as he told the story of the birth of Jesus.

“It’s only through our relationship with Christ that we can have the inner peace that can help us just get through the day,” said a facilitator before the group of 10 bowed their heads for an opening prayer.

Her petition acknowledged the challenges of both caring for someone and coping with the “job” being done if that someone had recently died.

The monthly caregivers’ gathering at this evangelical megachurch is among the hundreds of support groups held at houses of worship and affiliated with the Alzheimer’s Association. From the nearby University of Louisville to the University of Exeter, researchers have found that people caring for loved ones with dementia benefit from supportive social networks. Church and association leaders say they recognize that people may feel more at ease disclosing their difficult circumstances within a congregational setting.

“We know that one of the first places many families and individuals may turn is to their faith community, so it is important that faith leaders know about our services and resources,” said Ruth Drew, director of the association’s information and support services. “We also strive to have volunteers engaged in these communities to give people a chance to access resources and guidance in a place where they feel safe and comfortable.” 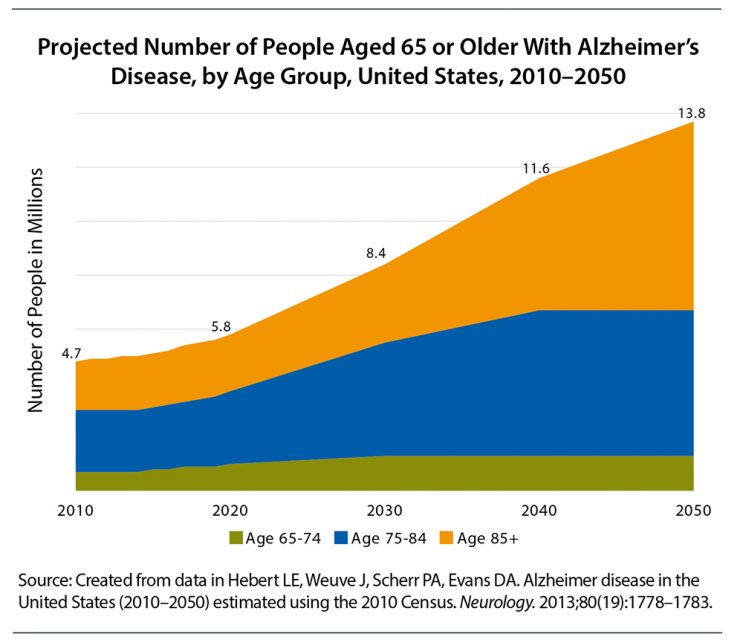 The association said in its 2018 report that nearly half of all caregivers who provide help to older adults do so for someone with Alzheimer’s or another form of dementia. It is a condition that has afflicted everyone from retired Supreme Court Justice Sandra Day O’Connor to Harvard Law School professor Charles Ogletree, who announced his diagnosis at an African Methodist Episcopal Church bicentennial event.

RELATED: Dementia and religion: ‘What if I forget about God?’

At the Southeast Christian gathering, the group met for an hour and a quarter, their sniffles mixed with their sharing.

One man passed around an album of photos of his wedding after describing his wife, who is in the late stages of Alzheimer’s. Members of the group joked about his hair before it was gray and praised him for standing by his wife as she no longer remembers who he is. The group encouraged him to draft a list of friends he can meet for coffee while his daughters watch his wife.

But he said most of his friends are dead. 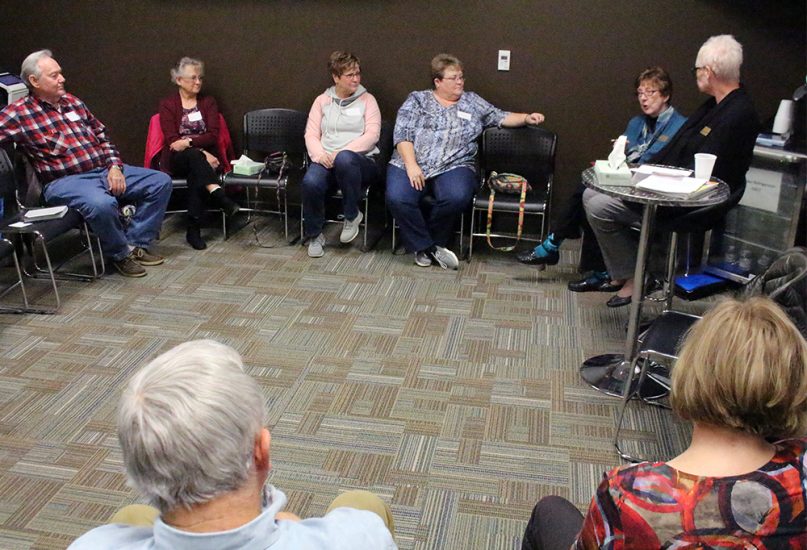 One woman, whose father had died the month before, struggled to figure out what she might do next. Others spoke of family division over a mother’s dementia. A woman said she fixed her mother’s hair and then took a photo of her mom. She then shared the photo with her brother, who can’t handle visiting their mom.

At least that way he could see how she looks.

As one group member told a story, others nodded knowingly and made gentle rejoinders to show they empathized.

“It’s hard to become the parent to your parent,” one woman said. 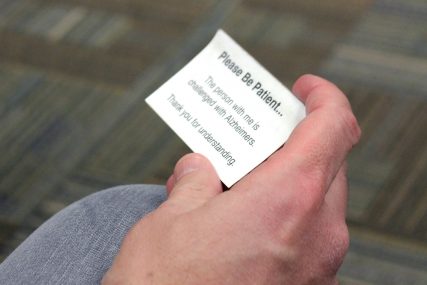 Participants in an Alzheimer’s caregiver support group pass around a “Please Be Patient…” card that they could use when on outings with their loved ones. RNS photo by Adelle M. Banks

Between prayers, they gave one another advice, such as turning on child locks in their cars and putting away bills before loved ones move them and can’t remember where they are.

One person recalled a breakfast outing when a loved one with Alzheimer’s started piling napkins high and moving other items off the table. Someone had a suggestion — passing around a card that reads, “Please Be Patient … The person with me is challenged with Alzheimer’s. Thank you for understanding.”

When they shared how they can be angry or wonder why God gave them this situation, a facilitator reminded the caregivers: “Job also questioned God.”

An analysis by University of Exeter researchers of 1,283 caregivers of people with mild to moderate dementia found that it was important for them to have resources to aid their own physical and psychological health. Three-quarters of those interviewed said they were Christian and a fifth claimed no religion.

RELATED: Dementia and religion: Songs and stuffed animals instead of sermons

University of Louisville professor and geropsychologist Benjamin Mast, author of “Second Forgetting: Remembering the Power of the Gospel during Alzheimer’s Disease,” has researched what caregivers say they need from their faith communities.

“The number one response that I got over and over again was presence,” said Mast, who has had members of his family affected by Alzheimer’s. “They would tell me things like, ‘I would just love to have a phone call, either from the pastor or from somebody from the church, to check in on me and to see how I was doing.’ What they were telling me was they didn’t really need some elaborate intervention or something complicated, but they wanted to feel as if they had somebody to go with them on this journey.” 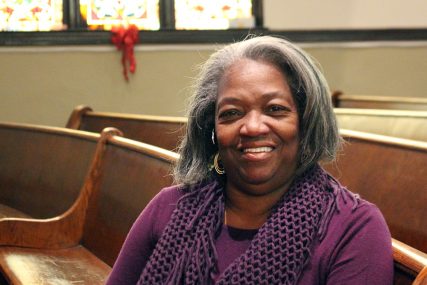 That’s why the Rev. Valerie Washington, pastor of Hughlett Temple African Methodist Episcopal Zion Church — across town from where the Southeast Christian group meets — started an Alzheimer’s caregiver support group in August after a longtime church officer was diagnosed with dementia.

“He would be the first one to open the door, last one to leave,” she said of the man in his 80s who continues to attend the predominantly black church regularly but can no longer run meetings due to his condition.

“I just wanted to be able to not only help him but help my congregation as well as his family.”

Washington, whose father had Alzheimer’s and who has an aging congregation (a third are older than 70), said the group, which varies from five to a dozen, includes another member whose wife has Alzheimer’s. Others are survivors whose loved ones had dementia.

Facilitators of caregiver groups, who generally have had their own experiences with loved ones with dementia, are often ready to volunteer to help others. 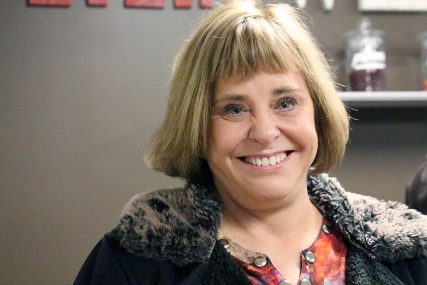 Debbie Buckler, who helps lead a caregiver support group on another Southeast Church campus, lost her husband, Frank, to dementia in  2004. She also lost her mother to dementia on Jan. 2.

“For people that are going through this, especially a spouse, there is what I call a first widowhood, where I had to realize I had lost my husband,” she said in an interview. “And that first widowhood was worse than the second.”

She said she tries to help people cope with the challenges of being a caregiver, from being up in the middle of the night on watch for a loved one wandering around the house to being a “prisoner in your own home” who is exhausted and has little social life.

“Every day is a heartbreak,” said Buckler, whose husband had to retire early as a machine shop teacher at a vocational school as his symptoms became evident. She left her work as a physician recruiter to care for him.

Nevertheless, Buckler said she tried to note “small miracles” and celebrate them.

“The most disturbing thing was that my husband also had Parkinson’s and they lose the ability to smile and I remember praying that — to God — I could really deal with this better if only he could still smile,” she recalled. “And I went home that day and he was smiling. Now, he was able to smile up to about two weeks before his death.” 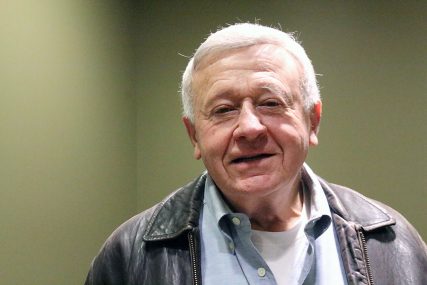 Norm Meyer, a member of Southeast whose wife, Carol, died in June 2017, helps lead a group at another Louisville church. He also travels five hours once a month to guide a group in Missouri, where their hometowns are located. At her memorial service there, he was greeted by several families that were coping with dementia and realized the rural area didn’t have a caregiver support group while the Louisville metro area has more than a dozen.

Meyer, who was married for “15 days shy of 50” years, fondly recalls his wife, who was a homecoming queen and played in her college band before they raised three children together. For 10 years they traveled through her dementia together, at first attending couples’ counseling as they adjusted to her condition. He later went on his own to as many as three support groups a month to share experiences with other caregivers.

Meyer said the groups helped him so much he didn’t choose to attend grief counseling regularly after her death.

Instead, the air conditioning company retiree is taking what he learned and passing it on to others, offering what he considers “a little bit” of a ministry.

“Honestly, I always thought support groups were for sissies, but they’re not,” he said. “I know that now.”

The group that meets on the megachurch’s southwest campus talked about the family bond that has formed among them as they confidentially share what they’re going through. Their meeting concluded that November day with heads bowed, eyes closed, tears dabbed.

The final prayer sought divine intervention for the next times each of them might be with a relative with some form of dementia.