Law enforcement authorities claim he ignored the part that says, “Thou shalt not steal.”

Gallagher, 78, faces civil and criminal charges alleging that he stole more than $19 million from senior citizens, who put their faith in him after listening to his paid weekly radio broadcasts.

Since his arrest on March 8, the author and radio host — whose book has been endorsed by Robert Jeffress, an adviser to President Trump and pastor of First Baptist Church in Dallas — has been jailed in Dallas, where a magistrate set his bond at $500,000 on each of two felony counts.

The day before his arrest, the U.S. Securities and Exchange Commission filed a complaint against Gallagher and two of his companies, claiming he ran “a classic Ponzi scheme” in which he continually signed up new investors and used their money to make monthly disbursements to earlier investors.

Those monthly payments, he told clients, were the profits generated through his surefire management of their retirement portfolios, according to the SEC complaint.

In a related case, a Dallas County grand jury indicted Gallagher on charges of securities fraud and money laundering.

From his cell in the Dallas County jail, Gallagher declined a written interview request from Religion News Service.

“The Money Doctor,” as he called himself on the radio, pitched his retirement-planning services through weekly broadcasts that blended investment talk with cheery Christian tidings. He bought airtime for his shows on three Dallas-area AM stations, including “a Christian-talk station,” the SEC complaint said.

“Gallagher makes frequent religious references on his shows, seeking to appeal to a Christian audience,” it said. On one show, which aired on Saturdays, he was said to sign off with, “See you in church tomorrow.”

Until it was taken down, the website of his Gallagher Financial Group claimed the company cared for the spiritual well-being of clients, along with their finances.

“Our mission is to be a vehicle of God’s peace and comfort to as many people as possible, helping first with their financial peace of mind, then also with their spiritual, emotional, and family well-being,” the site read.

Since Gallagher’s arrest, the website has been replaced with a brief notice from Cort Thomas, the Dallas lawyer serving as the court-appointed receiver overseeing Gallagher’s assets. The notice says Thomas “will be seeking information about and from all affected investors” and keeping them up to date on the case.

The website for Gallagher Financial group before and after W. Neil “Doc” Gallagher’s arrest. Courtesy of Wayback Machine

“Mr. Thomas understands how distressing and shocking the allegations and developments may be,” it says, “and will provide as much information about the status of the lawsuit, his investigation, and next steps as soon as possible.  Thank you for your patience.”

Gallagher isn’t licensed as an investment adviser in Texas. According to the SEC, he has “no valid securities-industry credentials. In 1999, he was reprimanded by the Texas State Securities Board for engaging in fraudulent business practices, including falsifying receipts and falsely advertising himself as a registered investment adviser.

On the radio, The Money Doctor would invite listeners to schedule in-person consultations “to discuss retirement planning and obtain advice about risk-free income,” the complaint said.

Beginning in 2014, according to the SEC, he allegedly took in more than $19.6 million from about 60 retirees, some in their 90s. (The final figure could rise to more than $29 million, investigators said, once his business and personal accounts are sorted out.) In January of this year alone, he raised at least $500,000 from investors, the complaint said.

He guaranteed returns of 5 percent to 8 percent a year – “retirement income you’ll never outlive” – by pledging to invest clients’ money in a diverse portfolio of stocks, mutual funds, Treasury bills, annuities and other assets.

However, the government claims, he purchased just one such asset, a $75,000 annuity, on behalf of his investors.

Instead, he used $5.8 million of the invested funds to make monthly payments to clients, representing those payments as returns on the clients’ accounts with him, the SEC complaint said.

In addition, he “directly misappropriated” nearly $3.2 million for personal expenses, including the cost of his radio airtime, which was used “to attract new investors,” the complaint said.

“Jesus was the wealthiest person. Ever! When you own the universe, you own it all,” wrote Gallagher. “If the whole world is his, including our money, it just makes sense to look to the owner of all wealth to look for direction on how to use it.”

The book drew praise from prominent Christian figures, including Jeffress, the senior pastor of First Baptist Dallas, a Fox News contributor and a member of Trump’s informal evangelical advisory board.

In a review published on the Amazon page of “Jesus Christ, Money Master,” Jeffress called the book “required reading for anyone who is looking for a highly practical and thoroughly biblical guide to financial success.”

“Dr. Gallagher reminds us that when we follow God’s instructions for money management, we can experience His blessings now!” Jeffress wrote. “I highly recommend this book!”

In response to a request for comment, a First Baptist spokeswoman said that Jeffress was “shocked and saddened” to hear about the allegations against Gallager.

“However, beyond appearing on Gallagher’s radio show as a guest and writing a brief endorsement for Gallagher’s book as a favor, Dr. Jeffress has no knowledge of Gallagher’s business dealings,” the spokeswoman said. 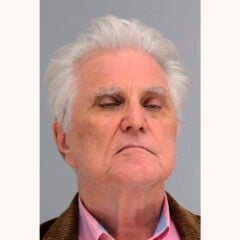