(RNS) — Everybody knows what it’s like to suffer alongside a loved one in crisis.

And, the “This Is Us” star said, that’s what drew her to the role of Joyce Smith in the new movie “Breakthrough,” releasing Wednesday (April 17) in time for Easter weekend.

“Breakthrough” dramatizes the true story of Smith, whose 14-year-old son, John, fell through the ice on a frozen Missouri lake in 2015. John spent more than 15 minutes underwater and another 43 minutes with no signs of life — until his mother began to pray over him in the emergency room.

Three weeks later, John walked out of the hospital on his own and without brain damage — something his doctor described to NBC News at the time as a “bonafide miracle.”

The movie depicts how the Smiths’ Assemblies of God church and their community joined in an outpouring of support and prayer for John and how his recovery prompted questions about why some people recover from medical crises and others do not. Metz said that when she was approached about the film she already was familiar with the Smith family’s story from the headlines — and, to some degree, what they had been through.

About a year ago, she said, her own mother experienced a medical emergency.

The actress was raised Catholic and, “more importantly,” she said, with a connection to a higher power instilled in her from the very beginning by her grandfather. She remembered saying things to her mother’s doctors that she read in the script “literally almost verbatim.”

“I believe that everything happens as it should,” she said. “And for me to even be approached about the movie, I was like, ‘Oh, yeah, I definitely need to do this.’”

Producer DeVon Franklin was “blown away” by the Smiths’ story several years ago when he met Joyce and John Smith and their pastor, Jason Noble, while promoting his film “Miracles From Heaven.”

“It was just so captivating,” Franklin said. “I just knew that I had to bring it to the big screen.” 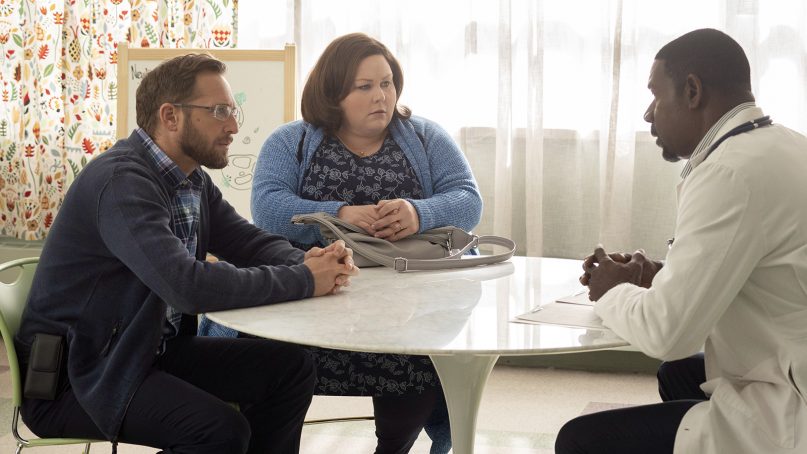 The producer said “Breakthrough” builds on the success of the other films he has produced with explicitly Christian messages: “Miracles From Heaven,” which also is based on the true story of a mother holding on to faith as her child faces a health crisis, and “The Star,” an animated film telling the story of Jesus’ birth from the viewpoint of the animals.

And it’s well positioned to reach even more people, he said.

RELATED: Kristin Chenoweth draws on her faith to give voice to a mouse in ‘The Star’

Trailers for the film first appeared in theaters before showings of “Mary Poppins” in December, he said, and have racked up millions of views online. 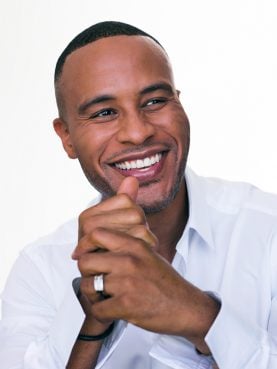 Franklin said he was surprised how many movies the trailer has accompanied in theaters since then and by the positive response they have received. He's seen “unprecedented interest in this type of content,” he said.

“People are really responding to it,” he said. “It is very different than traditional films within this genre, which is great, and we're all hoping that all these things will contribute to an incredible opening weekend and great success with the movie.”

Mike Partida, a Catholic deacon at the Church of the Resurrection in Escondido, Calif., is planning to see "Breakthrough" with an unofficial movie ministry he and his wife lead at the church to see Christian films on or around opening night. It's a time of fellowship for the parishioners who attend, and it builds up their faith, Partida said. He also hopes it shows Hollywood that "we need more of these types of movies in a hurting world."

"Breakthrough is a fit for us because it is based on a true story which is about hope, prayer, faith and the power of God," he said. "These types of movies preach the gospel message in a different way other than a church setting and I believe they are powerful tools in evangelization."

Franklin, who was raised Seventh-day Adventist, told reporters at the Religion News Association conference in September in Columbus, Ohio, that he’s committed to telling inspirational true stories. Inspiration is what gets people up every morning and keeps them going through difficult times, he said.

He hopes it also can unify audiences in dark times, he said. 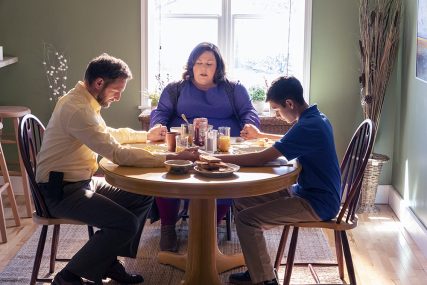 But he said he recognizes that not every true story has a happy ending — that the miracle doesn’t always come. His own grandmother died of cancer 10 years ago, he said, and he had prayed for her healing, too.

He wanted "Breakthrough" to wrestle with that, he said.

“We can still pray for each other,” Franklin said.

“We don't know what the outcome is. Prayer — sometimes it's just a sign that I'm with you … and just that alone sometimes is the support that a family may need, even if they don't get a miraculous recovery.”

That doesn’t stop him from believing in the power of prayer and the possibility of miracles, he said.

And Metz said she, too, “wholeheartedly” believes in miracles.

The actress sees them in the way her mother came through her medical emergency, in the lives of her friends, in things that can’t be explained, she said.

Metz said she also sees them in the Smiths' story.

“It's the unexplainable, essentially, but I think we all know deep down, intuitively, like, oh, there's something greater,” she said.