(RNS) — Sunday (May 5) marked the beginning of Ramadan, the most important month of the calendar for Muslims. During daylight hours, observant Muslims will abstain from eating and drinking as they devote their time to prayer to commemorate Allah’s giving the first verses of the Quran to Muhammad in A.D. 610. 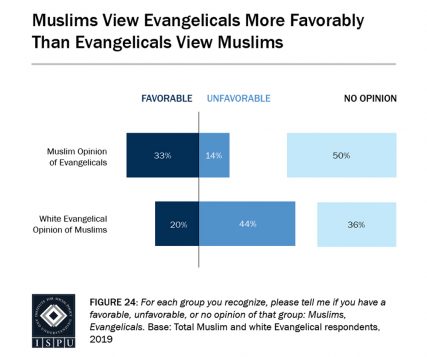 Even more, Ramadan is an opportunity to exercise a spiritual muscle often neglected in our communities: living a public faith. A public faith is one that proactively seeks the good of our neighbors without compromising our beliefs. A public faith is shown when we take our sermons and our quiet times with God to the streets. Here are a few ideas about how Christians might do this during Ramadan.

Every Ramadan season, mosques across the country invite neighbors in the community to join them for a fast-breaking meal after sunset, called an iftar. There, you will be warmly welcomed, enjoy incredible food and have light conversation. You will not be asked or pressured to participate in any of their religious practices. Bring your family and your small group.

As Catherine Orsborn, director of Shoulder to Shoulder, an organization working against anti-Muslim bias, explained in an eye-opening piece for Religion News Service last year, the experience of an iftar dinner transformed her evangelical friends’ thoughts about Islam. “Before sharing iftar,” she wrote, “they thought of Muslims as ‘foreign’ to the United States. The dinner let them experience the diversity of the Muslim-American community. … Since then, some have even hosted Muslims at their churches.”

Wish them a happy Ramadan

This is a small but very meaningful gesture. Why? Because they are not expecting you to do this. Ramadan, after all, does not enjoy the privileged status that Christmas and Easter do in America. For many Muslims, Ramadan can actually be a stressful time. Schools may or may not have a plan in place to support Muslim students during the month. Few restaurants with acceptable meal options are open before fasting begins at daybreak.

While we simply expect that society will bend around Christian holidays, Muslims can only hope that they will have advocates in public spaces who will understand the expectations placed on them, though a recent bill out of Washington could be the catalyst for more supportive public environments for Muslims.

Wishing Muslims a happy Ramadan does not mean that you believe or endorse the events that Ramadan is celebrating, but rather that you are thinking of your neighbors in their sacred time. You might ask too if there are ways that you or your church could alleviate any stressors they encounter during the month. 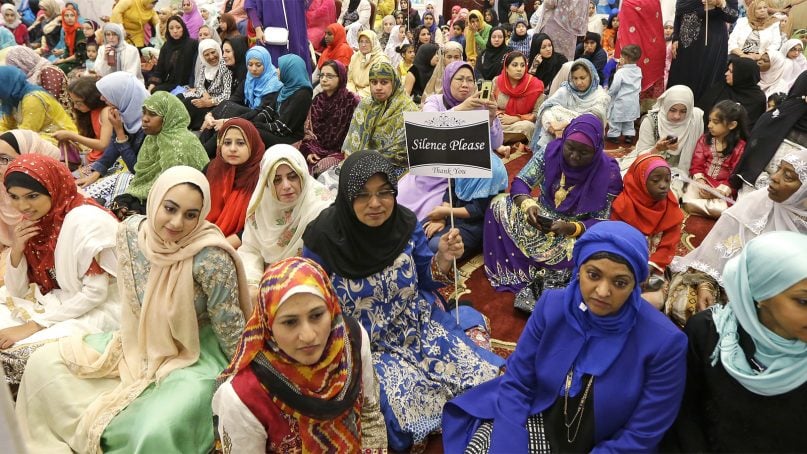 Women listen to a speaker during a prayer service at the Muslim Association of Puget Sound, a mosque in Redmond, Wash., on July 6, 2016, to mark the end of Ramadan and the start of Eid al-Fitr. (AP Photo/Ted S. Warren)

Defend them against bigotry and faulty theology

Many evangelicals were raised to think about other religions through one lens: Satan’s handiwork. This line of thinking might resonate in the warm confines of our churches’ echo chambers, but it is totally useless in the public square. It provides absolutely zero guidance for how to “let your light shine before others, so that they may see your good works and give glory to your Father who is in heaven,” as Christ says in the Gospel of Matthew.

Rather, it ensures that we live under a rock, or do nothing but throw rocks.

There is absolutely no evidence from the life of Jesus that our posture toward our religious neighbors should be defensive or alienating. Consider the parable of the good Samaritan. Consider Jesus’ interaction with the centurion, Philip’s encounter with the Ethiopian eunuch or Paul at the Areopagus in Athens. In each of these interactions, the “other” was ascribed dignity, respect and, most importantly, hope.

There are some in our communities who will scoff at the idea of treating Muslims this way; they will lash out publicly in ways that are hurtful and demeaning. In these circumstances, our responsibility is to stand with our Muslim neighbors, even if it comes at a cost. Tim Keller recently wrote that “All real love is a substitutionary sacrifice — my life for yours.”

This Ramadan, let’s write a new story about the evangelical church in the public square: a church marked by generosity, hospitality and hope, with no shortage of boldness. Let’s ensure that Muslims speak about our good works, not our bad habits.

Fortunately, there is plenty of data disproving these stereotypes. Muslims are one of the most likely groups in the United States to reject violence. They are also more likely than other communities to be the victims of terrorist attacks. This may surprise you if your only view of Muslims is what you hear in the media or from politicians.

What you aren’t hearing about are the valuable contributions Muslims are making to American society. In New York City alone, Muslims make up more than 9% of the city’s medical doctors, 11.3% of the city’s engineers, over 1,000 officers in the Police Department and Fire Department, and nearly 10,000 teachers in K-12 schools. In 2016, Muslim New Yorkers donated $608 million for both domestic and international causes.

This Ramadan season, let’s take the opportunity to meet the Muslims living in our communities.

(Kevin Singer is co-director of Neighborly Faith, an organization helping evangelicals to be good neighbors to people of other faiths. He can be found on Twitter @kevinsinger0. The views expressed in this commentary do not necessarily represent those of Religion News Service.)