I can just hear Amy Schumer now — shortly after the birth of her first child.

“If that ______Meghan Markle thinks that she is going to be the only American woman having a baby, she has got another thing coming!”

Because, like, that would be so Amy to say that.

Let me be among the first thousand to wish Amy and Chris mazal tov on the arrival of their new son, Gene Attell Fischer.

Full disclosure: I was Amy Schumer’s childhood rabbi (and it has given me serious street cred among my current bar and bat mitzvah kids), at Central Synagogue of Nassau County in Rockville Centre, New York. I liked the Schumer family. Her mother was a member of the board of trustees, and the chair of the education committee. Her brother, Jason, was among my first bnai mitzvah at that synagogue. Amy was a sweet, funny, smart kid — as was her sister, Kim Caramele, who would also go on to become a comedian.

OK. But, what is up with the middle name that they have this child?

It is part of a deeper and sweeter story — which has a lot to teach us about the power of a Jewish community.

Attell. This name apparently is a shout out to comedian Dave Attell.

Which is totally cool.

Except, there is more to the story.

Dave Attell also grew up at Central Synagogue in Rockville Centre. His late father, Harold, was the president of the synagogue when I first became the rabbi. His mother, Lillian, is one of the kindest people I have ever known in synagogue life. His sister, Monica Attell, was one of my students, and she has gone on to an impressive music career.

As we would have said on Pesach: dayeinu.

Here are some other comedians, besides Amy and Dave Attell, who emerged from that Rockville Centre synagogue.

Jon Hotchkiss — a comedy writer and producer who has ten Emmy nominations.

I have not done a comparative demographic study. But, I must believe that this is a rather large number of funny people to have emerged from a suburban New York congregation. And, while there have been problems with Long Island water, I cannot say if there was anything “in the water” on the South Shore of Long Island that might have contributed to this coincidence.

Back to that Attell name.

There is ample reason to believe that Attell is a permanent reminder of Dave Attell, who has been very supportive of his landswoman Amy’s comedic career.

That would be fine and appropriate,

But, in a larger sense — and even if Amy is not aware of this — naming this child Attell is a sweet testimony to the power of a small Jewish community.

I do not know if Amy remembers this, but her mother and the late, lamented Harold Attell were synagogue leaders at precisely the same time. The Attell family — several generations of them — were pivotal to the life of that congregation.

Not because they were big financial givers.

But, because they were big emotional givers.

By including the Attell name in that of her son, Amy is actually adding to the immortality of the entire Attell family.

Again, Chris and Amy — from your childhood rabbi — Mazal tov.

My prayer for you and your new family?

I pray that you will find a Jewish community as loving, nurturing, and sweet as the one that produced you.

And that is not a joke. 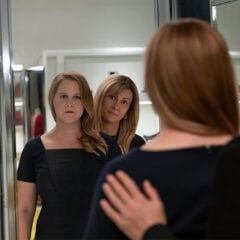 News
2018 in review: A year of reckoning for powerful religious figures 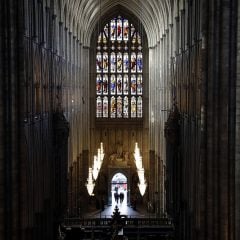 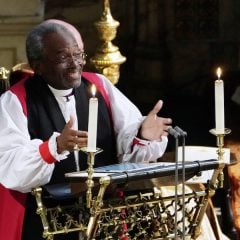