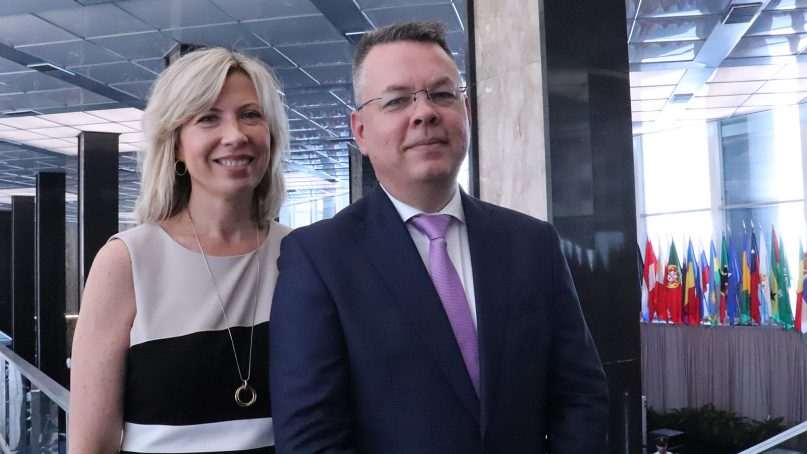 WASHINGTON (RNS) — Pastor Andrew Brunson, who was detained in Turkey for two years on terrorism and spying charges before being released in October, said he is enjoying the simple things in life.

“For me to be back with my wife and my children, this is what I wanted,” said the Evangelical Presbyterian minister in an interview Wednesday (July 17) as he attended a three-day State Department summit on religious freedom.

Brunson, whose case was a focus of last summer’s inaugural Ministerial to Advance Religious Freedom, is something of a celebrity at the State Department’s second summit, which organizers have said is the largest such gathering on religious freedom in history.

Brunson said his experience made him value his own religious liberty more deeply. “I was isolated. I was the only Christian there, so to be back with other Christians is so important.”

The former pastor of a small church in the coastal city of Izmir is scheduled to speak briefly to foreign dignitaries at a luncheon on Thursday, the last day of the summit.

“It’s wonderful that I can be here in person and I’m free,” he said. “And I’m very grateful for that.”

Last year, his daughter was, as he put it, “the face of the family” at the summit. At the 2018 gathering, Vice President Mike Pence threatened Turkey with sanctions if it did not release Brunson. 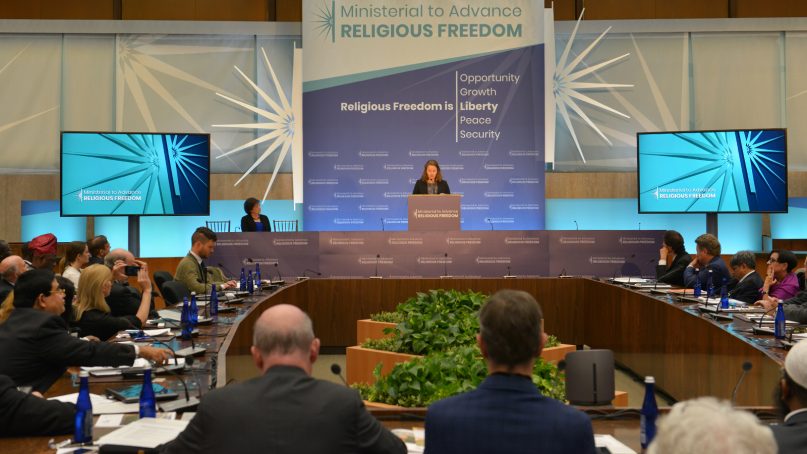 Jacqueline Furnari, the daughter of Pastor Andrew Brunson, delivers remarks during the 2018 Ministerial to Advance Religious Freedom at the U.S. Department of State in Washington on July 24, 2018. Photo by State Department/Public Domain

Brunson said he doesn’t know how his arrest, which came as part of a roundup of thousands accused of taking part in an attempted coup in July 2016, could have been avoided.

“I don’t think anything could have been done to prevent the initial arrest,” he said.

They were guests in Turkey, a Muslim-majority nation, so they knew they could be deported, the pastor’s wife, Norine Brunson, noted.

“We recognized that that was always an option,” she said.

Andrew Brunson said he was told he would be deported at first, before authorities instead detained him to “make an example of me to intimidate other missionaries and local believers,” he told Religion News Service. 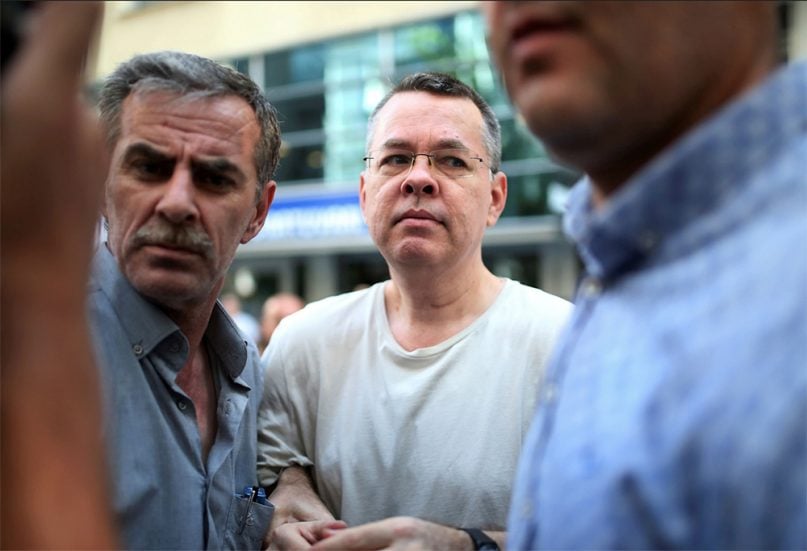 Andrew Brunson, an evangelical pastor from Black Mountain, North Carolina, arrives at his house in Izmir, Turkey, on July 25, 2018. After being jailed in Turkey for more than a year and a half on terror and espionage charges, Brunson was released and placed under house arrest as his trial continued. (AP Photo/Emre Tazegul)

Eventually, he became a center of what some called hostage diplomacy as Turkey’s president, Recep Tayyip Erdoğan, made a bid to exchange Brunson for an exiled Turkish cleric, Fethullah Gülen, who lives in Pennsylvania.

Brunson, who said he is relishing walks with his wife this summer while reacclimating to his native North Carolina, said his love for Muslims and Turkey, where he spent more than two decades, is undiminished. He added that his experience has not deterred him from his life’s work.

“My goal in life is to tell people about Jesus,” he said. “So, that will continue.” 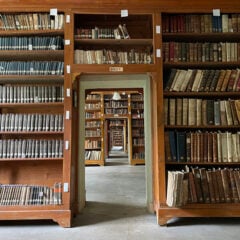