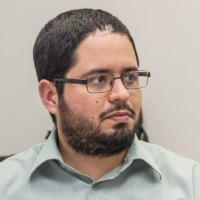 (RNS) — After 183 years as a Roman Catholic nation, Bolivia officially became a secular country in 2009, when a new constitution, promulgated by the administration of its first indigenous leader, President Evo Morales, dropped any mention of the historic faith of its Spanish colonial rulers, bolstering the position of its precolonial religions.

But the surprising winners in the transition to the new constitution have been the country's long-ignored evangelical Christians.

Angered when the 2009 charter failed to recognize them, Protestant denominations have spent the past decade mobilizing their growing numbers of followers, finally forcing a religious freedom law that codifies their tax status and, perhaps more importantly, giving them standing in Bolivian society.

“For the first time, the religious entities have a legal identity, with the rights to self-determination and independence from the State,” said Munir Chiquie, president of the National Association of Evangelicals of Bolivia, also referred to as ANDEB.

The turning point for the evangelicals' long campaign for recognition came in December of 2017, when Morales' administration replaced the penal code written under Bolivia's dictatorial president, the former Gen. Hugo Banzer, who is also credited with shepherding the country toward democracy in the 1980s.

Evangelical Christians, led by ANDEB, protested a provision of the new penal code, Article 88, aimed at combating terrorism and trafficking, that established a 12-year prison sentence for anyone who “captures, transports, transfers, deprives of freedom, welcomes or hosts persons” with the purpose of recruiting them for “participation in armed conflicts or in religious or cult organizations.” 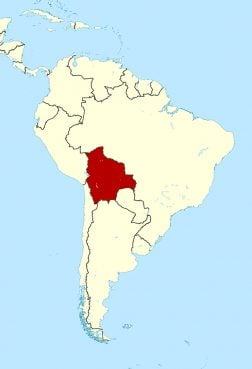 Christians charged that Article 88's language was so expansive and vaguely written that it could result in the persecution of clergy for evangelizing. The article sparked criticism across South America, and evangelicals stirred fears that it would result in the criminalization of preaching in public. ANDEB organized a national day of fasting and prayer in protest.

President Morales denied that the measure was intended to quash evangelizing, but within two months of promulgating the new code, he moved to have it revoked. “It became clear afterwards that the article had been poorly written and its real intent was not to criminalize us," said Chiquie. "But we protested it, and the law — which had other major problems — was suspended.”

This intermediate victory prompted the evangelicals to press for additional changes. They revived their criticisms of the 2009 constitution, which they felt privileged traditional Andean beliefs that pre-date the Inca empire, and strongly opposed new bills concerning sexuality and gender. In 2017, an article of the law of gender identity that allowed same-sex marriage was declared invalid by Bolivia's Constitutional Court.

“Another menace to religious freedom was posed by the emergence of themes such as gender ideology," said Chiquie. "Some segments of society were proposing restrictions on the right of the evangelicals to disagree with them.” It had also become gradually harder for evangelical leaders to express their views in schools and in the media, he said.

The draft that became the religious freedom act had been circulating since a few years after the new constitution went into effect but had been stalled until about five years ago, when Morales' government took up the project. Talks moved slowly until the Article 88 debacle turbocharged negotiations between government officials and Christian organizations. 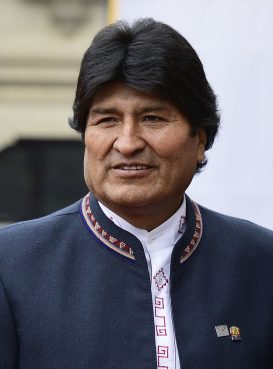 The new law, which Morales signed in April, imposes regulations on religious organizations, including a requirement to report their activities to the government annually, but in return no taxes are levied on them. And the very fact of being monitored gives them a legitimacy in the eyes of the government that Protestant churches have never enjoyed.

Julio Córdova, a sociologist who has studied Bolivia's evangelicals, said the true victory of the law is the visibility it grants.

Córdova also believes the legislation is mostly symbolic. “From a strictly legal perspective, this law is not that important. It establishes the administrative procedures to register the religious entities and not much more than that,” he said.

But Córdova and other experts said that the process of passing the law itself marks a turning point for Christian denominations that have historically tended to keep their distance from politics.

Their quest for a broader role in the country's affairs has come as the share of the population in Bolivia who are Protestant has increased from 7.6% in 1985 to an estimated 17% today.

“In the last few years, a new wave of Protestantism gained strength in the country, especially with the Neo-Pentecostals and their so-called prosperity theology. Some of them are exploring new ways to obtain power,” said Nelson Jordán Bazán, a professor at Nur University in Santa Cruz de la Sierra. “There is a trend of steadily raising their political participation in the Bolivian society.”

Indeed, some evangelical Christians are pushing for a greater recognition still. Already there is a campaign against the new religious freedom law, promoted by conservative Christians, on the grounds that it forces churches to submit to the state.

In their surging numbers and confidence, Bolivia's conservative Christians are following a pattern established in Brazil, where evangelicals are said to have played an important role in electing far-right President Jair Bolsonaro last year.

In Bolivia, where general elections are scheduled for October, Morales is being opposed in his pursuit of a fourth term by Víctor Hugo Cárdenas, whose running mate, Humberto Peinado, is pastor of the Church of the Christian Family in Santa Cruz. Both men have criticized the religious freedom law.

In a recent interview with a local newspaper, Página Siete, Peinado claimed that the world is going through a “Christian Spring” and that evangelicals are helping to oust “populist socialists” everywhere, from Brazil all the way to the United States.