The Wisdom of the Elders Project is a “long-overdue” effort to capture black Muslim seniors’ “past, present and uncertain future” before it is too late, coordinator Asha Noor said.

“Our mission is to disrupt the narratives which say our elders are disposable or a burden, rather than what they are, which is carriers of our truth and protectors of our legacy,” Noor said.

Under the auspices of the National Black Muslim COVID Coalition, organizers will train black Muslim youth to conduct interviews with elders in their communities about “how they have had to be resilient in the past, how they overcame certain challenges, and what we can learn from them in this moment,” Noor said. 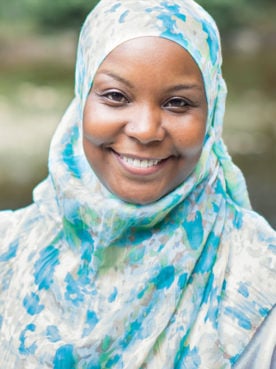 The coalition, led by Kameelah Rashad of the Muslim Wellness Foundation and Margari Hill of the Muslim Anti-Racism Collaborative, was formed in late March to bring together black Muslim activists, healthcare and social service providers, faith leaders, scholars and creatives to support vulnerable communities during the pandemic.

“In our communities, in black Muslim communities in particular, our elders are a treasure that we will not give up, not this way,” said Rashad. “With Allah’s help, we will do everything in (our) power to preserve their life and their safety … We want to talk about the strength and wisdom of our elders, and how we can harness, preserve and protect it.”

The hadith — or sayings of Muhammad, painstakingly recorded by Islamic scholars in a chain of narrators going back to the time of the prophet and his companions — contain many strong injunctions to honor and prioritize one’s elders.

Black American Muslim history as well as African Muslim traditions are also replete with examples of preserving cultural memory, from the storytelling West African griot to the survival kits created by the Nation of Islam’s elders, filled with guidance on purifying water and canning foods.

RELATED: In Detroit, one organization is schooling Muslims on racial justice

In part, the intergenerational project is a response to a controversial statement by Texas Lieutenant Governor Dan Patrick, who suggested that seniors should “take a chance on (their) survival” in order to save the U.S. economy.

“I mean, what in the Hunger Games?” Rashad said. “We are not sacrificing our elders. They are treasures for us. We want to think about the ways that we are told our elders are disposable, while we know that they are not.”

The pandemic’s immensely disproportionate impact on black Americans has added a new sense of urgency to the existing need to document stories of elderly black Muslims. 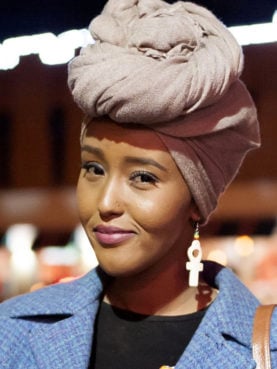 “This is something many of us have thought about and wanted to do for our communities, and the pandemic was definitely a catalyst for it,” Noor said. “Our community’s voices are really important, and they’re critically important during moments of crisis and conflict like this.”

Many of the cities hit hardest by the virus are ones that include large black Muslim populations, including New York City, Boston, Detroit and Chicago.

“It’s very much an epidemic within a pandemic, looking at the ways that black Americans have been affected by this crisis,” Rashad said.

Black Americans are more likely than their white counterparts to be uninsured. They are more likely to live in medically underserved areas, hold low-income jobs and be employed in essential services, be unable to work from home and require public transit to go to work or grocery stores. They’re more likely to suffer from health conditions such as diabetes, heart disease, lung disease, high blood pressure, asthma and cancer. And the virus has also torn through overcrowded prisons, which disproportionately incarcerate people of color, across the country.

But the lack of racial breakdowns in data has hindered researchers’ ability to understand the depth of the crisis. To combat that, the National Black Muslim COVID Coalition is also running a survey to gather information about deaths in U.S. Muslim communities related to the coronavirus.

RELATED: Brooklyn Muslims document their past and present in new oral history project

But isolation, loneliness, anxiety and fear — all of which have become heightened during the quarantine — can also take a serious toll on seniors’ mental, spiritual and physical health, Rashad pointed out.

A Pew survey conducted last month found that 46% of black American adults see the outbreak as a threat to their personal health, compared with 21% of white adults. Among Americans aged 65 and older, 86% see it as a threat; 33% say it’s a major threat. 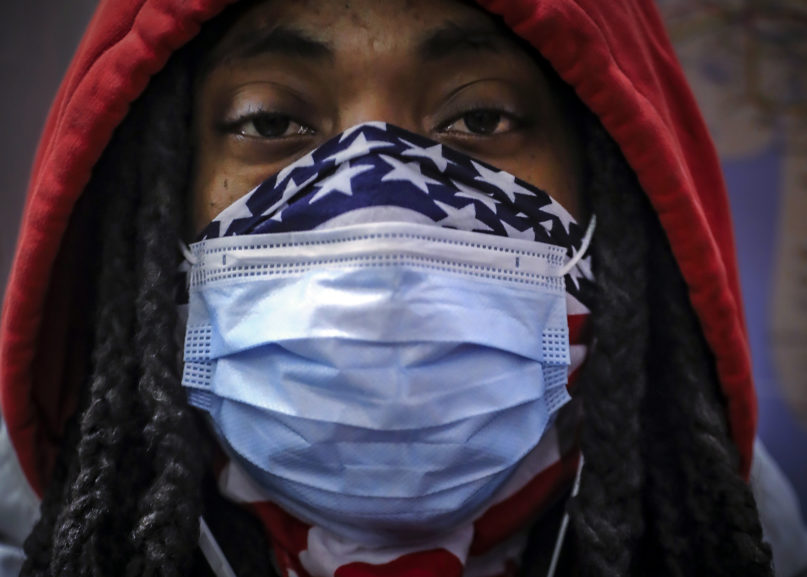 In this April 7, 2020, photo, a subway rider wears a mask and a bandana to protect himself against COVID-19 in New York. As the coronavirus has tightened its grip across the country, it is cutting a particularly devastating swath through an already vulnerable population, black Americans. (AP Photo/Bebeto Matthews)

Zaheer Ali, a historian who works at the Muslim grant-making organization Pillars Fund, said the project is critical to avoid yet another interruption to the transmission of critical culture and knowledge between generations, he said.

“Every time we are faced with a crisis and rupture, we run the risk of losing our continuity to the past,” Ali said, citing an African proverb: “When an elder dies, it is as though an entire library has burned down.”

Ali pointed to the HIV/AIDs crisis and the War on Drugs, which he said had similarly cut off generations of black Americans in the ’80s and ’90s from their history. That rope to the past had already been disrupted countless times through forced migration, genocide, slavery, Jim Crow laws, anti-black riots, war and immigration, he said, forcing communities to let go of physical possessions as well as elements of their identity.

But seniors who have survived such disruptions to community life, Ali noted, may be able to offer guidance to the younger generations on how to weather this current crisis.

A former oral historian for the Brooklyn Historical Society, Ali will help train young volunteers to conduct oral history interviews. Interviewers will mostly be members of the Muslim Wellness Foundation’s fellowship for emerging black Muslim leaders, as well as volunteers from the public.

“If we don’t record our stories, what we’ll be left with years from now is statistics,” Ali said. “X number of people were infected, X number of people died. We’re creating an archive that adds texture, that adds qualitative nuance to the reductive ways that people look at data and certainly to the blind spots that we see in the media’s account of the experiences people are having now.”