NEW YORK (RNS) — Imam Saad Jalloh, the spiritual leader of the Islamic Cultural Center of New York, one of Manhattan’s largest mosques, is a familiar voice to thousands of Muslims across the city. Lately he’s also become a familiar voice to the staff at local hospitals. Social workers, nurses and doctors have taken to calling Jalloh to ask what to say to a dying Muslim. Every day, he advises the sick and their families across the city by phone, offering prayer.

When their loved ones die, Jalloh seeks above all to minimize survivors’ suffering, searching for the words that assure them of their family member’s ascension to paradise.

Traditionally, when a Muslim dies the body is washed three times by an immediate family member, perfumed and shrouded in thrice-folded white fabric that covers everything but the eyes. The body is placed into a casket and taken to the mosque, where the congregation prays over it after the noon prayer. The more in attendance — the more prayers there are — the better.

The mourners then stand, face the casket toward Mecca and listen as the imam leads the prayer, a request for pardon and entry into the afterlife: “Oh Allah, forgive him, be merciful to him. And expand his entrance, meet his prayers and also open the doors for him for paradise and grant him a bed and blanket from paradise.”

But now, with the restrictions put on human contact due to COVID-19, these rituals have ceased. Bodies are taken directly from the hospital to the funeral home, where they go unwashed, unshrouded. Mosques are closed to all gatherings, as are the funeral homes they customarily work with, so the funeral and prayer are conducted in the cemetery and limited to five attendees — and just five prayers over the deceased. 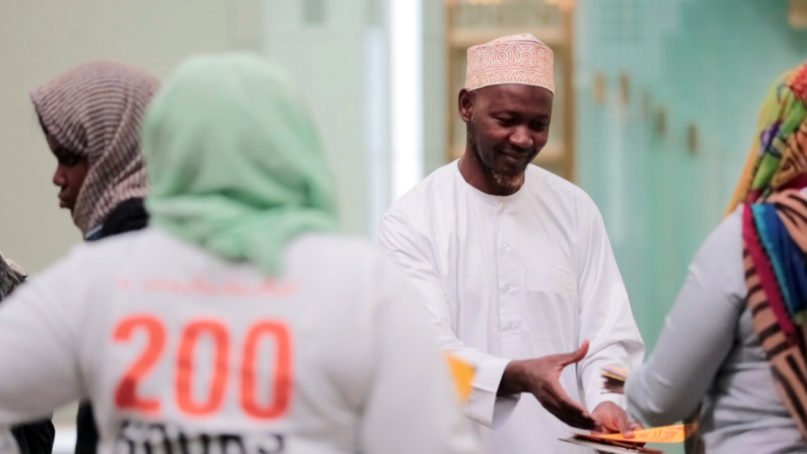 “As Muslims, we always try to live the life of expecting things and accepting them. Not to be surprised with anything new,” said Jalloh. “This is not what we used to do, but this is what we have to do now. We submit, take and accept it.”

Jalloh, who has led the mosque at Third Avenue and 96th Street since 2013, is originally from Conakry in Guinea, West Africa. At 12, he became a “Hafiz,” a guardian of the Quran, when he recited the holy text from memory over the course of a day, with a break for lunch. His home district, of which his grandfather was the imam, slaughtered 15 cows for the ceremony.

The New York mosque’s first African imam, Jollah trained for five years at a prestigious Islamic school in Medina, Saudi Arabia, after representing his country there in the International Holy Quran Competition. After arriving in New York in 2001, he worked as a stocker in a department store, and his manager, an Egyptian, brought him to the mosque. He was soon hired as assistant imam. After a previous imam ran into trouble for making anti-Semitic statements, a group of Kuwaitis who were funding the mosque’s expansion installed a director to improve the organization’s interfaith relationships. When the director heard Jalloh preach, he put him in line to be the next imam.

Despite New York’s strict lockdown, Jalloh spends every day at the mosque from noon to 6 p.m., collecting and distributing charity and coordinating community outreach with his secretary, who tested positive for the coronavirus and is working from home. With his muezzin, Jalloh keeps the azan, the Islamic call to prayer; to stop, he said, would be to abandon the mosque. Acquiescing to the virus, however, they have amended it from “Come to the prayer” to “Pray inside your houses.”

Where some 2,000 worshippers would normally enter under the mosque’s pale green dome daily for prayer, the imposing gates are now locked, though the imam can be seen passing gift cards through the gaps to those in his congregation most in need. 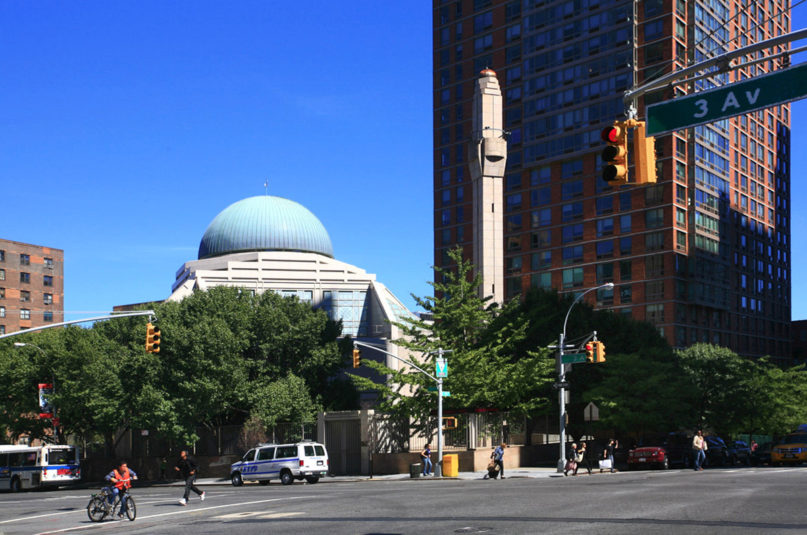 But the mosque’s skeleton staff and volunteers are still operating to provide crucially needed food and supplies to the East Harlem community, distributing more than $25,000 in charity since the beginning of April — as much as they normally would in four months. They approved nearly 150 applications last week alone. During Ramadan, in partnership with the Islamic charity ICNA Relief, they organized grocery deliveries, distributed financial assistance and prepared 400 to 500 iftar meals a day.

RELATED: Muslim generosity in Ramadan is more than a feel-good story

Many of his congregation are struggling. They have lost their jobs, are caring for loved ones or are unable to afford food. In New York, taxi service has been suspended, isolating many of the immigrant workers who attend the mosque — “people who have master’s and Ph.D. in Islamic studies,” said Jalloh, “who are from the same part of Africa and studied in the same university I studied, but they are driving taxi here.” Now they sit anxiously at home. 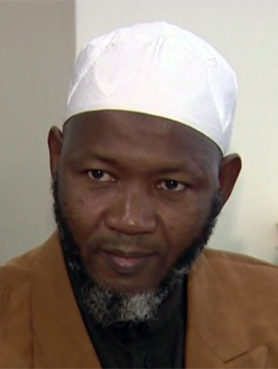 Jalloh is well-acquainted with the disease, and suspects he contracted it while presiding over a COVID-related funeral. His wife and their eldest daughter fell ill, too. Advised by a doctor to monitor their symptoms from home, they treated themselves with ginger, lime and garlic and black seed oil, which the prophet described as medication for all illnesses, and isolated for two weeks.

Shortly afterward, the imam’s 73-year-old father arrived for a visit to get to know his grandchildren. He too got sick, and Jalloh nursed him back to health.

As a precaution the imam does not attend funerals, giving instructions for burial by phone instead. To help soothe the grief, the imam has designated the victims of the epidemic el-Shahid, or martyrs.

“Washing, shrouding, praying is (for) someone with sin,” Jalloh said. “For this type of people, we believe they’ve suffered enough to clear and clean of their sins. This is what we say to the family member, to reduce their pain.”

In time, the imam said, this pandemic will give us all greater joy in good health and our simple freedoms. For now, faith alleviates what pain it can.

“This is the time that my community needed me the most,” he said. “This is the time to stand there for them, and be there and try to make sure they receive the help they needed. We cannot solve all the problems, all the requirements and problems, but we can solve some part of it.”