(RNS) — Back in March I wrote a column calling attention to the fact that we were likely to ration health care in many places in the United States. I called for resisting the temptation to marginalize our elderly and disabled by denying them ventilators and ICU beds. I urged us to hold tight to our foundational values during the coming pandemic, refusing to compromise them as we have done during past cultural emergencies.

Especially for those of us who adhere to Pope Francis’ call to resist throwaway culture, we were deeply concerned that yet another population whose dignity was inconvenient for those with power would be discarded.

But the initial numbers about how many would be infected by the novel coronavirus (along with how many would need to go to hospitals) were bad numbers. It turned out that states had enough ICU beds or ventilators. Even in New York City, only handfuls of patients were treated in the massive spaces for medical treatment provided by the hospital ship USS Comfort and the converted Javits Center.

The understandable conclusion many came to was that rationing never happened. But that’s only true if we look only at how we expected to ration medical care.

We now know that hospitals sent COVID-positive patients who didn’t need acute care to nursing homes because they were fear of being overrun with patients who needed ICU beds and ventilators.

In Minnesota, the Department of Health explained its policy by saying, “Hospital beds are a key resource during this pandemic, and they must be preserved for those who are in need of acute care.”

Unsurprisingly, over 80% of Minnesota’s total deaths from COVID are nursing home deaths. Nationwide, though we don’t have complete numbers, that number is somewhere between 40% and 50%.

Mark Parkinson, president and CEO of the American Health Care Association and the National Center for Assisted Living, said that there needs to be “accountability” for those who made such wildly wrong predictions and the consequences they produced. Such predictions were the basis, after all, for decisions that produced a raging wildfire of infection and death. 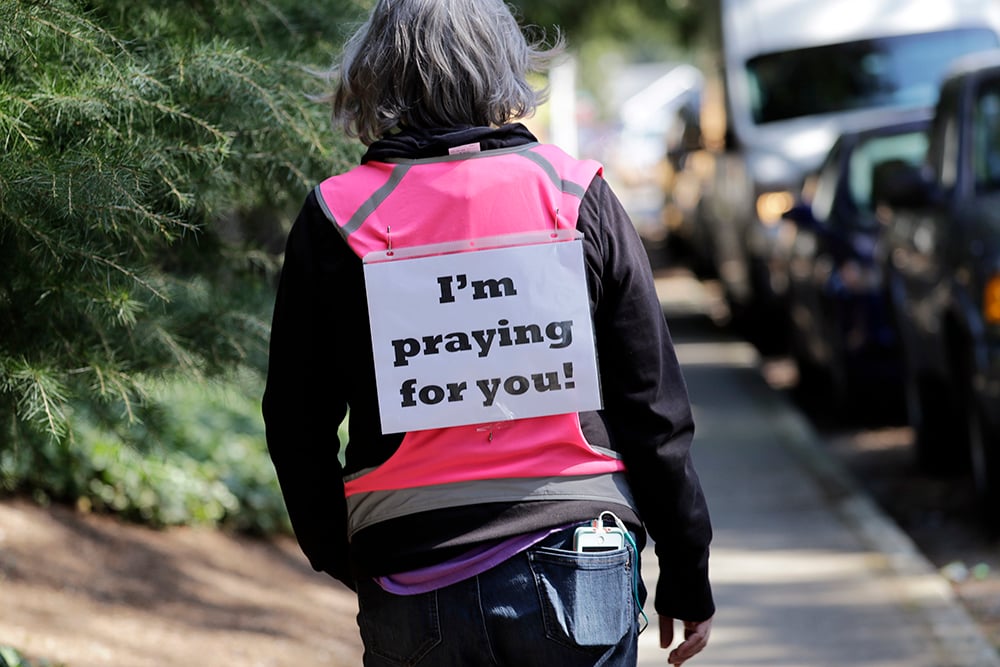 Lois Casimes wears a sign in support of residents and health care workers as she walks past the Life Care Center, where at least 30 coronavirus deaths have been linked to the facility, on March 18, 2020, in Kirkland, Washington. Casimes, from nearby Bothell, Washington, wanted to take the time to walk in the neighborhood and pray for people at the facility. (AP Photo/Elaine Thompson)

Another way that we rationed limited resources was by deciding which institutions would get limited supplies of personal protective equipment and tests. Acute care facilities like hospitals and clinics got them. Nursing homes did not. This made the infection spread even more quickly in these facilities.

Remarkably, nursing homes still don’t have needed protective gear. And sometimes what they do receive is faulty.

Even more remarkably, several states are still sending COVID-positive patients to nursing homes. California, Massachusetts, Michigan and New Mexico, among others, are even giving financial incentives for them to take such patients.

Why? To “relieve pressure” on hospitals.

So, no, we have not avoided rationing. We treated our elderly and disabled (about half of all nursing home residents have some kind of dementia) as disposable. The disparate impact that our rationing decisions have had on these population may be considered a violation of their civil rights.

Given these developments, the next major concern should be how we make available the first available doses of therapeutic drugs and vaccines that will (hopefully) be coming our way. Who will distribute them? On what basis will they be distributed?

Will the limited doses go to those who need them the most? To those most at risk? I can imagine some powerful people saying (or at least thinking): Oh, this is a sick and old population that will die soon anyway. Why would we give it to people in nursing homes?

Think that is too cynical? How often did you hear early on some version of the following? “Well, the virus isn’t so bad. The good news is that it seems to kill only old people.”

Maybe the first limited doses will go to children — not because they are most at risk (they are actually the least at risk) — but because their parents will want to go back to work and that means that the kids will need to go to school. Maybe they will go to those who can pay the most.

Back in March I warned that it will be difficult, but we needed to cleave strongly to our fundamental values during the pandemic. Among those values is that we are endowed by our creator with inalienable rights, and that we have been created equal. That such equality means we need to give special attention to the least among us.

Those fundamental values have been, happily, on full display in our recent, very public support of racial justice. And thank God for that.

Given what just happened with nursing homes, however, we now know how easy it is to abandon those values in other contexts.