(RNS) — It’s a statement many Americans pass right over as they are filling out job applications:

This list is part of the U.S. Equal Employment Opportunity Commission’s policy statement. A product of the landmark Civil Rights Act of 1964, the policy initially protected Americans from employment discrimination based on race, color, religion, sex or national origin. The law has now been expanded to include more than 15 categories. Yet one category has been conspicuously absent over the years: caste.

Caste discrimination stems from India’s 3,000-year-old system that stratifies society into groups or “castes” based on the purity of a person’s birth. Those belonging to low castes — such as the Dalits, formerly known as “untouchables” — are consigned to the bottom of the socioeconomic ladder. Despite the fact that India banned the practice of untouchability more than 70 years ago, Dalits and other low castes face discrimination and even violence to this day.

RELATED: India can take lessons from US in our struggle to end casteism

While many Americans may think the caste system exists only in India and other South Asian countries, it’s present all over the world, including in the U.S.

Take, for instance, the recent case of California Department of Fair Employment and Housing v. Cisco Systems Inc. An Indian man — identified by the alias “John Doe” in the case — alleged that his supervisor, another Indian man, discriminated him because he was a Dalit. According to the case, the two men knew each other from their college days in India, where the supervisor learned that Doe was a Dalit. He carried this knowledge from Bombay all the way to Cisco’s headquarters in San Jose, California. 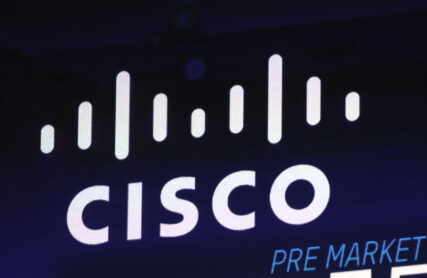 In this Oct. 3, 2018, file photo, the Cisco logo appears on a screen at the Nasdaq MarketSite in New York’s Times Square. California regulators have sued Cisco Systems, alleging the company discriminated against an engineer at its headquarters because he is a Dalit Indian. India’s caste system has long placed Dalits at the bottom of a social hierarchy. California’s lawsuit says Cisco broke the Civil Rights Act of 1964 and California’s Fair Employment and Housing Act. (AP Photo/Richard Drew, File)

According to the lawsuit, “Doe was expected to accept a caste hierarchy within the workplace where Doe held the lowest status within the team and, as a result, received less pay, fewer opportunities, and other inferior terms and conditions.” When Doe reported the abuse to human resources, he alleges, Cisco ignored his complaint. DFEH has now filed a formal civil rights complaint and has requested a jury trial for Doe’s case.

According to a Reuters report, Doe’s case is particularly challenging, because it is “unlikely that a caste-based discrimination claim would be recognized under the federal law prohibiting workplace discrimination, Title VII of the Civil Rights Act of 1964 … because caste does not line up with any of the categories protected by the law, such as race and national origin.”

Sadly, Doe’s case is not unique. HCL America, another tech giant in the U.S., is facing a similar lawsuit from an employee who alleges he was fired because of his caste.

Equality Labs, an advocacy group, found in a 2018 survey that nearly 7 out of 10 Dalits experienced caste-based discrimination at work from fellow Indians. Many of them fear being “outed” as Dalits because of this discrimination at work and in their communities. Some of the survey’s respondents even reported physical assault because they were Dalits.

Isabel Wilkerson, who has brought the issue to the national conversation with her latest book, “Caste: The Origins of Our Discontents,” shows that the issue is more than relevant to America’s present focus on systemic racist discrimination.

RELATED: America’s house will crumble if we don’t repair our racist divide

Joe Biden’s selection of Kamala Harris, a woman of Jamaican and Indian descent, as his running mate makes 2020 an opportune time to address caste discrimination.

While Harris belongs to an upper Indian caste through her family lineage, she is uniquely positioned to advocate for both caste justice and racial justice. She could send a powerful message to both Indian and Black Americans that as vice president she will fight for their rights.

The U.S. still has a long road ahead in its work to protect people from discrimination in the workplace. But adding caste as a category in anti-discrimination laws will go a long way in helping America fulfill its promise of justice and equality for all.

(The Most Rev. Joseph D’Souza, the archbishop of the Anglican Good Shepherd Church of India, is the founder of Dignity Freedom Network, which advocates for and delivers humanitarian aid to the marginalized and outcasts of South Asia. The views expressed in this commentary do not necessarily represent those of Religion News Service.)