(RNS) — I’ve recently been collecting stories — the first oral histories of Black Southern women in the Church of Jesus Christ of Latter-day Saints. They’ll be housed in a digital archive at Claremont Graduate University and available to researchers and curious laypeople. Before I let them settle there, I wanted to write about them here. The love and anger and peace and trouble they express about the church, and the people in it, is worth sharing.

Each of the Black women I interviewed spoke about racism in the church today. Let there be no misunderstanding: Racism exists, even if at times it is tucked nicely away behind closed doors.

One biracial (half Italian, half Black) woman remembers learning in high school that a white girlfriend from church was forbidden by her parents to go to a dance with a Black boy. The only reason she was given was: “You don’t do that.” In her all-white singles ward, she remembers always being the best friend. “They wanted my help to pick out the ring for their intended, who was generally blond and had a bishop or stake president lineage.”

Another Black woman, of Haitian descent, was adopted as a teenager by a Mormon family in Idaho. She got excited seeing snow for the first time, only to be mocked by a freshman kid who had never been around Black people.

“Are you from Africa or something?” he asked.

She wondered at his “ignorant” comment, and if at home his parents had tried to teach him that “all are alike unto God.” She explained the boy’s comment then, and comments that still come to her today, as not necessarily “malicious,” but grounded in the way people grow up and the experiences they have.

But such comments are bred by racism, however unconscious. Racism goes on in our own church meetings. It draws on myths born of false memory that were created to prop it up. It’s based on the teachings of past prophets and apostles who reached into the fog of pre-mortal existence and identified Black people as less valiant fence sitters who, in this life, were unable to progress like their white brothers and sisters.

These lies are still spouted. At the beginning of this year, when the church issued its “Come Follow Me” curriculum on the Book of Mormon — the manual that members all over the world are supposed to study each week — it contained racist teachings that had been imported from a previous manual. (After receiving complaints, the church substituted other language in the curriculum but did not apologize for the error.) Today, Black members sit through Sunday school lessons in which white brothers or sisters speak about dark skin and the curse of Cain as doctrine.

Each woman I interviewed is intimately familiar with the fact that before 1978, one drop of Black blood summed her up as not just unworthy, but cursed.

On Sept. 20, my Atlanta stake hosted a Zoom fireside with W. Paul Reeve, Simmons Professor of Mormon Studies at the University of Utah and author of “Religion of a Different Color: Race and the Mormon Struggle for Whiteness.” He shared painful historical bullet points and stories of faithful Black saints — men and women who stayed true to the gospel of Jesus Christ.

Reeve is determined that we own our history and that our remembering is centered on truth. The priesthood ban was not inspired of God. We know better now than we ever have before that church leaders were influenced by the racial climate of their day. They were men of their time. They were racist. And they were wrong. 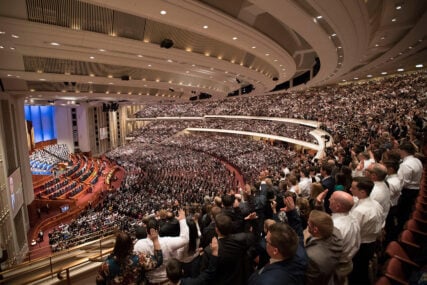 At the close of the meeting, Reeve took questions from members in our stake. I recognized two names. One was a white woman married to a Black man with a biracial daughter. The other was a Black woman in my ward. Both of their questions circled around the hope that the prophet would condemn racism from the pulpit and acknowledge our racist past at General Conference.

I built on their questions and asked whether there was a need for the church — for the prophet specifically — to apologize for our history of harmful racist policies and statements skewed as doctrine.

Reeve shared a hopeful precedent. In 2007, the church issued an apology for the Mountain Meadows Massacre. Elder Henry Eyring expressed “profound regret” for the massacre, addressing both the victims and the Paiute Indians who were falsely accused as the perpetrators.

Reeve said that after the apology, the tenor of the discussions about the massacre in his university history classroom changed. They were no longer charged with bitterness and anger but discussed honestly and matter-of-factly.

We need more truth. We need more forgiveness. And we need less bitterness and anger. The Black women I interviewed are hesitantly hopeful about hearing a statement from the prophet that could correct, as one woman said, those “stuck” in racist ways.

“There will be that select group that will say, ‘Oh, no, it wasn’t the prophet, so we don’t have to do it,’” she said. “Sometimes people are just stuck in their ways and they’re just going to hold on to those beliefs. But it could be addressed on a global scale by the prophet.”

Racist statements and policies were once made by prophets and apostles, and we specifically need prophets and apostles to overturn them now. The language the church has used is not pointed enough, even though progress has been made in writings like the “Race and the Priesthood” Gospel Topics essay.

There, past racism is condemned and “disavowed.” But, the very definition of disavow —  “to deny any responsibility for” — merely tries to sweep all of our racism under the rug. Instead of a denial of responsibility, Black and white members alike need to hear an admission of wrongdoing. An apology.

But, why now? General Conference will happen this weekend. It is a time when Latter-day Saints look to find God’s hand in our world. Conference will come on the heels of unchecked police brutality against Black lives.

It will come as entrenched systemic racism puts Black families, especially children, at deep disadvantage and exacerbates a pandemic that disproportionately takes Black and brown lives. It will come as LDS membership the world over looks for healing.

We know the importance of remembering and its sanctifying connection to repentance, to turn again to this dispensation’s original prophetic claim on all of us as equal in the sight of God. Let us remember truthfully so we can work to dismantle our racist past and present. In 3 Nephi 12:23-24, Christ tells us that if we desire to come unto him, we must first remember our brother who “hath aught against” us. Christ said, “Go thy way unto thy brother, and first be reconciled.” 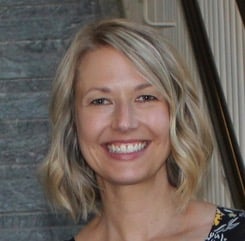 Only then can we come unto him “with full purpose of heart.”

Only then will he receive us.

(Kristin Lowe holds an MFA in narrative nonfiction from the University of Georgia’s Grady College of Journalism. The views expressed in this commentary do not necessarily reflect those of Religion News Service.)