(RNS) — Since 2000, when George W. Bush established a permanent liaison in the White House for outreach and coordination with religious groups, no administration has gone without a faith-based adviser. For Bush and Barack Obama, the adviser’s role was to coordinate with faith organizations on efforts to alleviate poverty and on other social services, such as settling refugees.

The Trump White House tweaked this a bit, not appointing an official faith adviser until late in his term and relying mostly on an informal circle of evangelical advisers who pushed a conservative Christian agenda of justice reform, narrowing access to abortion at home and expanding religious freedom abroad.

Compared to Trump, President-elect Joe Biden will likely bring a more formal and interfaith approach to religious engagement, closer to the model forged by Bush and Obama. Different religious leaders will likely rotate on and off a fixed advisory council underneath a White House faith office that would host public meetings and produce formal reports.

RELATED: Kamala Harris talks about her own faith and how it might influence a Biden-Harris White House

But Biden has always shown a penchant for listening to trusted friends and experts he has met in his long career in politics. Look for him to listen to key voices — some of whom may disagree with him on many issues — from his own Catholic community, from Judaism and, yes, evangelicals, but of a different ilk than those who counseled Trump.

Here are a number of faith leaders Biden will likely end up consulting: 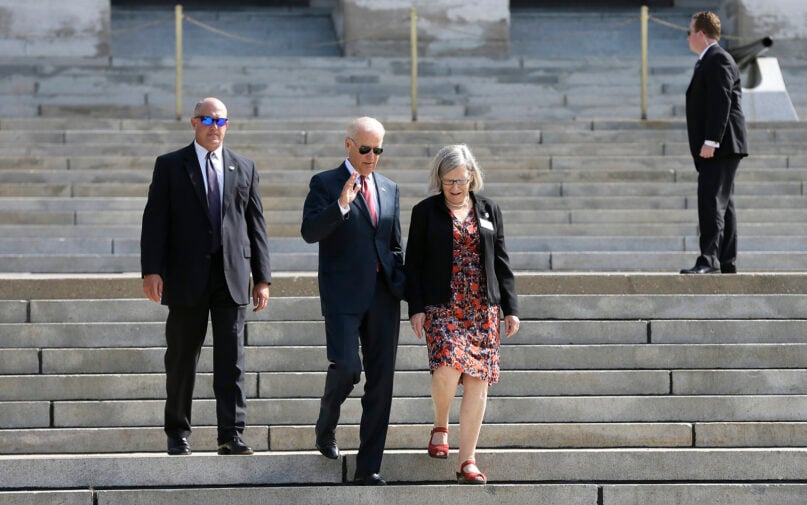 Biden talked on the campaign trail about the sisters of the Immaculate Heart of Mary back in Scranton who instilled in him his working-class Catholic ethic. But arguably the most influential nun since his Scranton days has been Campbell, the founder of Network, a social justice lobbying organization that invented the “Nuns on the Bus” tours in 2012 to protest proposed Republican budget cuts in social services spending.

Campbell and Biden have had close ties since they met in 2010 at the signing ceremony for the Affordable Care Act, which Campbell had supported. Biden posed with Sister Simone on the 2014 Nuns on the Bus tour and the following year invited her to a gathering of Catholics he hosted at his home.

Campbell’s recent announcement that she would be stepping down as head of Network, effective in March, could free her up to step into a faith-based advisory role — informal or otherwise — at the White House. 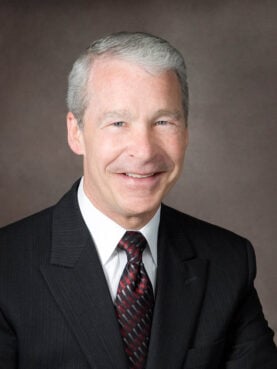 White evangelical Christians are considered Republican loyalists, but if any of them will have Biden’s ear it will be this former Orlando megachurch pastor.

Hunter helped launch Pro-Life Evangelicals for Biden this year and was a faith adviser to former President Barack Obama. He supported the LGBTQ community after the 2016 Pulse nightclub shooting in his home city and has urged evangelicals to join other faith traditions on issues like environmentalism, which he referred to as “creation care.”

Hunter, 72, a longtime Republican until he registered as an independent in 2010, led Northland, a Church Distributed, in Longwood, Florida, for more than 30 years. That puts him in a good position to be an ambassador to more conservative evangelicals to heal divisions and make headway on issues like human trafficking and prison reform — that is, if anyone on that side is talking to him after backing the Democrat. 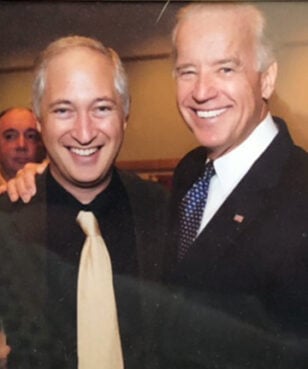 Fourteen years ago, Biden attended a prayer service at the Congregation of Beth Shalom in Wilmington, Delaware, to honor an elderly donor to his Senate campaigns. He has remained close ever since with Beth Shalom’s Rabbi Beals, whom he met that day, who is now often called “Biden’s rabbi.” Beals visited the White House during Biden’s tenure as vice president and represented the Jewish community at the funeral for Biden’s son Beau.

Beals would be the first to acknowledge that he has never been called upon to offer spiritual advice, much less direction on navigating American Jewish politics.

Advisers to Biden say that for official matters, Biden might turn to Rabbi Julie Schonfeld, former CEO of the Conservative movement’s Rabbinical Assembly, or to Rabbi Sharon Brous, the leader of IKAR, a prominent Los Angeles congregation. The Rev. Traci Blackmon, pastor of Christ the King United Church of Christ, poses for a portrait, Friday, June 5, 2020 at her church in Florissant, Missouri. RNS photo by Nick Schnelle

The Rev. Traci Blackmon, senior pastor of Christ the King United Church of Christ in Florissant, Missouri, first burst onto the national scene while participating in the 2014 demonstrations in Ferguson and went on to serve on Obama’s faith advisory council. In the Trump era she has been a significant voice on racial justice and has become a prominent religious figure in racial justice movements such as Black Lives Matter. She counter-protested at the white supremacist march in Charlottesville, Virginia, in 2017, an event Biden singled out as part of his reason for launching his presidential bid.

Blackmon, who also serves as associate general minister of justice and local church ministries for the United Church of Christ, praised Biden’s decision to choose Kamala Harris as his running mate, telling the St. Louis American: “It is unprecedented because the strongest, most-consistent voting bloc of the Democratic Party — Black women — have finally earned the right of representation on the party ticket.” A founding board member of the Muslim advocacy group Emgage, Mitha, a member of the small but increasingly politically active community of Ismaili Muslims, served as the national Muslim outreach director for Hillary Clinton’s 2016 campaign before being named as Biden’s senior adviser on Muslim American engagement this year. He’s also an alumnus of the Obama administration and advised Biden as the Democratic nominee during the primary this year.

Biden also made overtures to bring more Muslim Americans into his coalition.

As co-chairs of the Poor People’s Campaign, the Rev. William Barber and the Rev. Liz Theoharis espouse robustly liberal policy proposals and have expressed a willingness to mobilize demonstrations against any politician or administration they see as not doing enough to care for the poor.

Nonetheless, Barber is no stranger to Democratic politics: He has now spoken at two national Democratic gatherings, in 2016 and again in 2019, and endorsed Biden in his individual capacity. Biden, for his part, spoke at a Poor People’s Campaign event in September, where he lauded Barber and declared “I want to be part of your movement.” 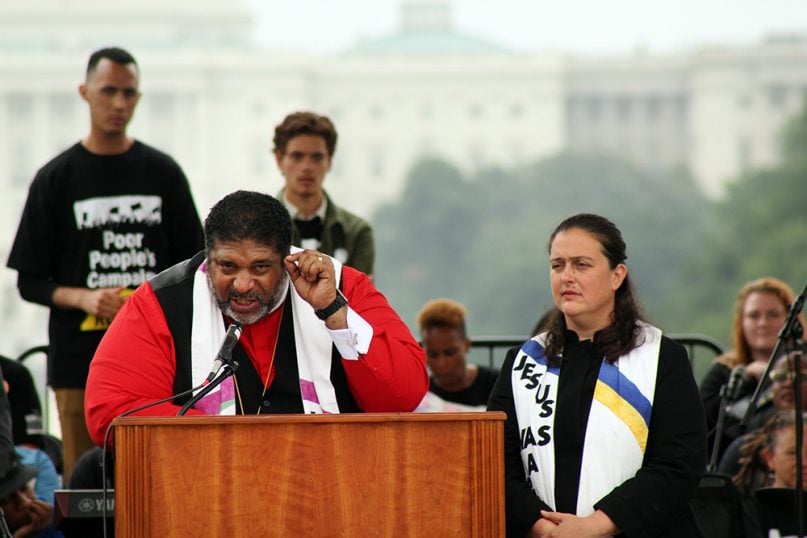 With their devoted following among liberals, Theoharis and Barber will likely keep their outsider label, while representing the progressive faith movement that is emerging as a new political force to be reckoned with.

The Biden-Harris campaign’s national faith engagement director grew up in a Rochester, New York, evangelical church and is the person most likely to head a Biden White House’s faith-based programs office. He understands evangelicals’ issues, but as an ally of progressives — he told RNS earlier this year that “the key religious issue of this election is systemic racism” — Dickson could be a broker to the more radical social justice left. 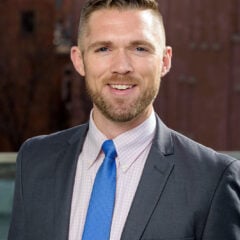 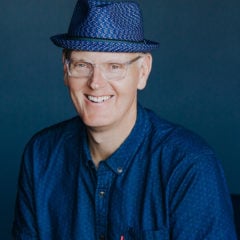 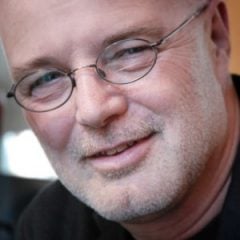 Christian author and activist Brian McLaren and his frequent collaborator, Minnesota pastor Doug Pagitt, have won over many progressive evangelicals with their questioning of conservative Christianity’s theology and cultural premises. While neither were fixtures of the Obama-era White House advisory faith councils, both have turned overtly political in the age of Trump. Pagitt now runs Vote Common Good, a group that has actively campaigned against Trump and helped train Democrats to better articulate a faith message. McLaren, meanwhile, has appeared at many VCG events, and added his voice to trainings.

As head of the advocacy group Faith in Public Life, Butler has spent years mobilizing religious groups to assist liberal causes. Her group — which is well-known in Washington circles — played a role in the passage of the Affordable Care Act and was among many faith-based organizations that helped organize near-constant demonstrations against Trump.

She has also advised previous presidents: She once chaired Obama’s Advisory Council on Faith-Based and Neighborhood Partnerships. 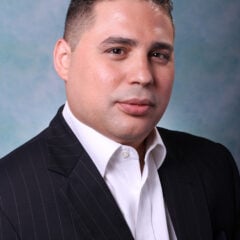 Another faith leader who served on Obama’s advisory councils, the Rev. Gabriel Salguero is the founder of the National Latino Evangelical Coalition. He has long been in conversation with Democrats — he even prayed at this year’s Democratic National Convention — but has insisted the party has not done enough to engage his fellow Hispanic evangelicals, a fast-growing constituency. He recently suggested to RNS that Biden’s relatively poor showing in Florida was partly a consequence of insufficient outreach to the group compared to Trump’s more overt efforts.

News
Interfaith vigil in DC gathers for second year, part of citywide Jan. 6 observances
Follow us on Facebook!
Submit your photos to RNS