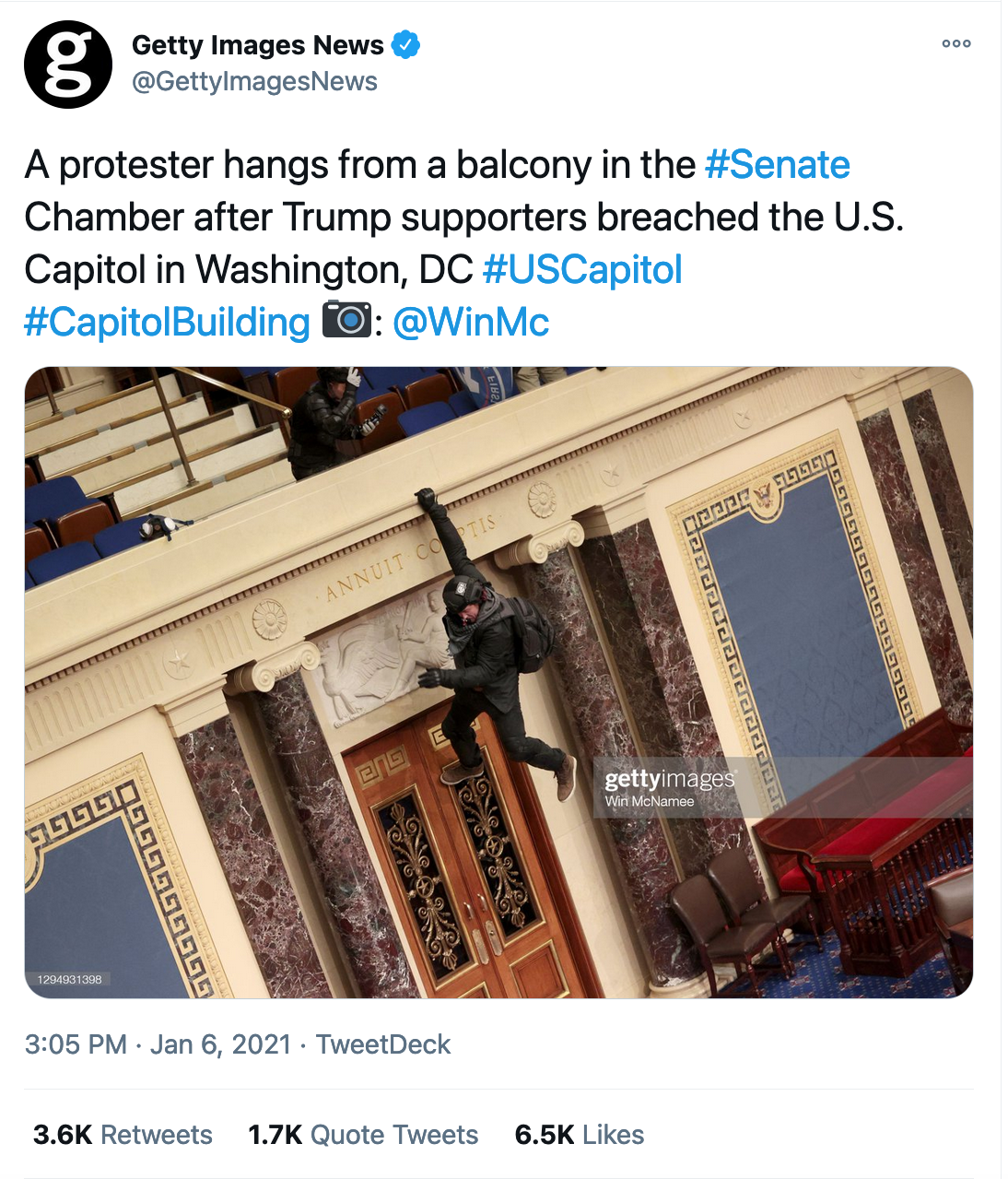 (RNS) — The man who “hopped down” into the Senate chambers during Wednesday’s assault on the U.S. Capitol has been identified as Josiah Colt, a former missionary for the Church of Jesus Christ of Latter-day Saints, according to East Idaho News.

Acquaintances of Colt’s are registering shock. A high school girlfriend said on Twitter she had no idea the Idaho native “grew up and became a terrorist.” A man who knew Colt in high school told KTVB he was “shocked” and didn’t want people to think his actions represented their hometown.

I do not know whether Colt is a practicing Mormon today, or if he left the Church at some point. He has deleted his social media profiles, so it’s hard to tell. He apologized on Thursday for his role in the armed insurrection, which brought terror to many, disrupted the actions of government and resulted in at least five deaths.

In his apology, Colt said, “I recognize my actions that have brought shame upon myself, my family, my friends, and my beautiful country. In the moment I thought I was doing the right thing. I realize now that my actions were inappropriate and I beg for forgiveness from America and my home state of Idaho.”

He should have also mentioned his actions have brought shame upon his church, which will inevitably be criticized for its connection to him.

It feels like Colt offered the apology because he is now afraid he is going to wind up in jail — which he absolutely should — and not because he means it. Its tone is sharply at odds with the boastful video he posted of himself just after storming the building on Wednesday.

Just so we’re clear: Someone who had literally just participated in an act of domestic terrorism in order to disrupt the functioning of the United States government then accused the Speaker of the House of being a traitor. While calling her the B-word.

Oh, and while we’re at it? He also confused the House and the Senate. That was Mike Pence’s seat he occupied, not Pelosi’s — Pence, the vice-president whose execution was called for by some of the armed insurgents. Thankfully, Pence had been ushered to safety just minutes before. 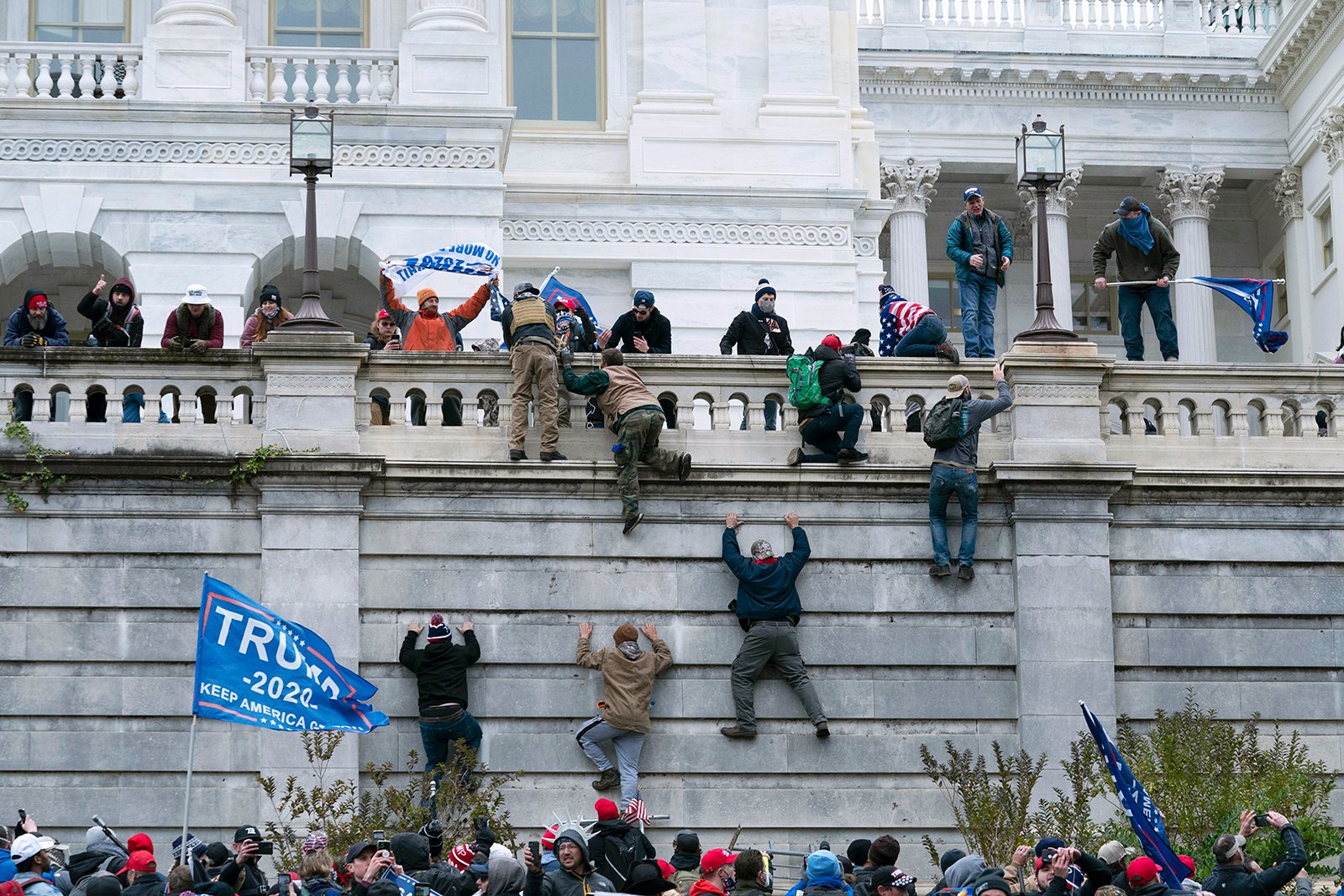 Supporters of President Donald Trump climb the west wall of the U.S. Capitol on Jan. 6, 2021, in Washington. The mob proceeded to breach the Capitol. (AP Photo/Jose Luis Magana)

Colt’s reprehensible involvement was not the only Mormon sighting at the U.S. Capitol on Wednesday. Also pictured in the crowd of Trumpublicans was a man carrying a “standard of liberty” flag, a reference to the character of Captain Moroni from the Book of Mormon.

“In memory of our God, our religion, and freedom, and our peace, our wives, and our children,” the flag read.

This is not the first time Trump supporters have attempted to claim this freedom-loving verse from Alma 46 for their own twisted political purposes. In October, Utah Senator Mike Lee offered a fawning and outrageous comparison of the Book of Mormon” hero Captain Moroni to Donald Trump.

“To my Mormon friends, my Latter-day Saint friends, think of him (Trump) as Captain Moroni,” Lee told Arizona supporters. He also stated the president “seeks not the praise of the world,” which could not be further from the truth in describing the self-aggrandizing Trump.

Thank God Mike Lee and Josiah Colt don’t get to have the last word on what Mormons in America stand for. Thank God we also have Mitt Romney, who showed what people of our faith are capable of.

Like standing up for what’s right even when it’s not popular. Like honoring forgotten American values like truth and evidence and reason rather than lies and conspiracy theories.

Long before this week, Sen. Romney was already on record — repeatedly — as standing up to Donald Trump. In the spring of 2016, when it began to appear as though Trump was going to secure the party’s nomination, Romney sounded the alarm in no uncertain terms. Some of his remarks then seem prophetic in hindsight.

“Think of Donald Trump’s personal qualities. The bullying, the greed, the showing off, the misogyny, the absurd third grade theatrics,” Romney said.

In particular, he called out Trump’s approval of violence, his attempts to curtail the freedom of the press, and his claims to be a super-successful businessman while also refusing to release his tax returns. 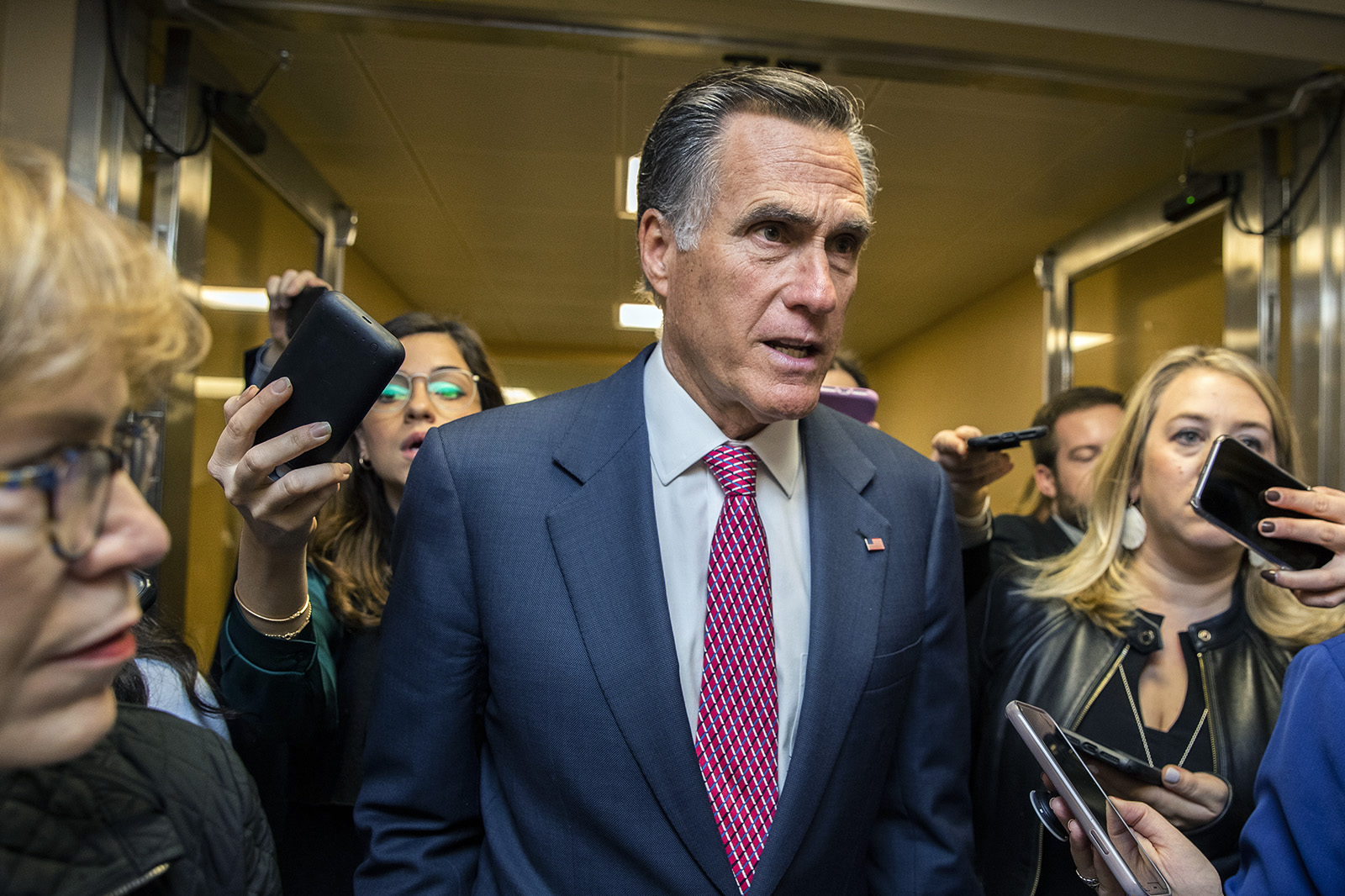 Sen. Mitt Romney, R-Utah, speaks to reporters as he arrives at the Capitol in Washington on Jan. 27, 2020, during the impeachment trial of President Donald Trump on charges of abuse of power and obstruction of Congress. (AP Photo/Manuel Balce Ceneta)

Romney was correct about all that and more.

In the past year, trying to do his job as a U.S. Senator in the chaos of the Trump administration, Romney has continued to be vocal in his criticisms — even to the point of being the only Republican Senator to vote to remove Trump from office in 2020 after he was impeached by the House of Representatives.

In explaining his decision, Romney pointed to old-fashioned values like honesty and integrity, values he had learned as a lifelong member of the Church of Jesus Christ of Latter-day Saints. He said he had taken an oath before God to exercise impartial justice, and he had a duty to honor that oath.

In an interview with Chris Wallace of Fox News, Wallace cautioned, “Donald Trump will never forgive you for this.” Romney replied with the words of a classic Mormon hymn: “Do what is right. Let the consequence follow.”

In the last few weeks, as a faction of the GOP bought into Trump’s false narrative about a stolen election, Romney stood his ground and called it out for what it was: nonsense.

And on Wednesday, when armed insurrectionists surged into the U.S. Capitol building, he was quick to confront Senate colleagues who had enabled Trump’s conspiracy theories and played with overturning a legitimate election and undermining the norms established by the Constitution.

“This is what you’ve gotten, guys,” he reportedly said as they were ushered to safety.

Later, when the Senate reconvened to formally accept the election’s certification, he was equally clear about the danger Trump has posed to the nation. “We gather due to a selfish man’s injured pride, and the outrage of supporters who he has deliberately misinformed for the past two months and stirred to action this very morning. … What happened here today was an insurrection incited by the president of the United States.”

So, to Mitt Romney, I want to say: Thank you for being a voice of reason in the Republican Party and the nation. Thank you for standing for values that are supposed to define what it means to be a Latter-day Saint. I may not agree with you on political issues, but you have earned my respect.

And I hope members of the Church will look to your example rather than the example of violence and white male rage on display this week at the U.S. Capitol. We saw two American Mormonisms on offer on Wednesday, charting two very different possible futures. The question ahead is which one we will allow to define us. 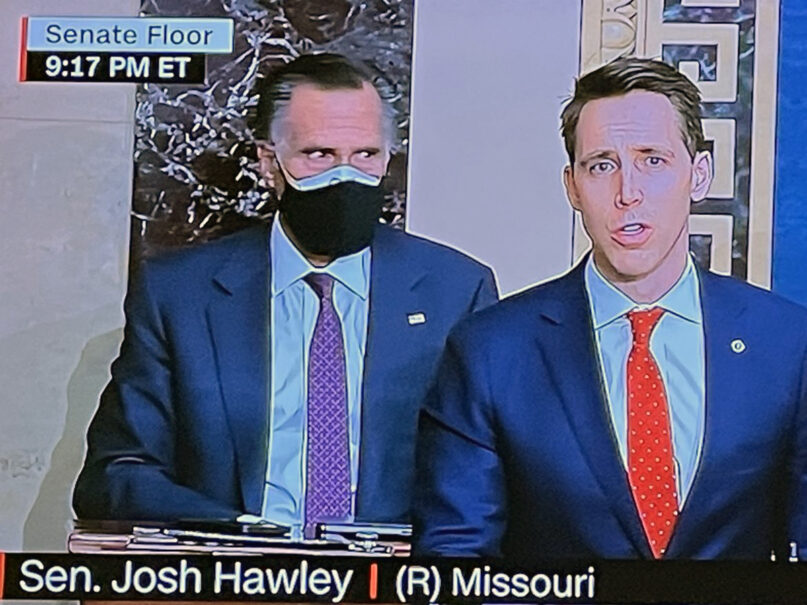 How did Mormons become so Republican?