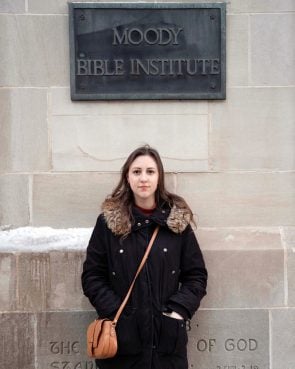 (RNS) — Two weeks before she graduated from Moody Bible Institute last year, two top administrators called Megan Steffen, a student at the school, and grilled her about her sexuality.

Did she plan on dating women, they asked during a Zoom meeting.

Did she plan on being sexually active with women?

Was she in a romantic relationship now?

Steffen, a Chicago resident who came out as a lesbian during her junior year, was told professors had expressed concern about whether she should be allowed to get her diploma.

“It was very clear,” said Steffen, 23. “If I didn’t agree with their standards they wouldn’t give me my degree.”

Threatened with the prospect of losing four years of her studies, not to mention thousands of dollars in tuition, Steffen told the two administrators, including the dean of student life, that though she was attracted to women, she would not pursue romantic or sexual relations with them.

Two weeks later, she was allowed to graduate with a B.A. in human services.

But Steffen and 32 other LGBTQ students or former students at federally funded Christian colleges and universities have now filed a class-action lawsuit against the U.S. Department of Education. In it, they claim the department’s religious exemption allows schools, such as Moody Bible Institute, that receive federal dollars, to unconstitutionally discriminate against LGBTQ students.

In addition to harassment from fellow students and administrators, LGBTQ students allege they were forced to attend conversion therapy, prohibited from dating people of the same sex, disciplined for social media posts, denied on-campus housing and, in one case, blocked access to affirming LGBTQ websites and resources on the campus internet.

Paul Carlos Southwick, director of the Religious Exemption Accountability Project and a lawyer who has defended LGBTQ students expelled from Christian schools, estimates there are 100,000 LGBTQ students at U.S. Christian colleges and universities. “Most of them are closeted because of the fear and shame and campus cultures that cultivate that.”

In a statement, the Council for Christian Colleges and Universities, an association of more than 180 Christian schools to which many but not all the schools in the suit belong, said it was reviewing the suit and taking reports of LGBTQ student experience “very seriously.”

“There is zero tolerance for bullying, harassment, and assault at CCCU institutions, and campus leaders understand their responsibility to ensure that all students believe and feel that they are created in the image of God and therefore possess full dignity, value, and worth,” the CCCU statement said.

In February, the Democratic-controlled U.S. House of Representatives passed a sweeping LGBTQ rights bill called the Equality Act. But the CCCU favors an alternative bill, called Fairness for All, which would provide broad protections for LGBTQ people while also protecting religious institutions that uphold traditional beliefs about marriage and sexuality.

Some of the very students at these schools say that’s not good enough. They view these exemptions as a license to continue to discriminate.

While not taking a side on the merits of the lawsuit, scholars who have studied LGBTQ students at Christian colleges say several published studies document higher rates of bullying and harassment as well as clinical depression, anxiety and suicidal ideation in comparison with students at non-religious schools.

Jonathan Coley, a professor of sociology at Oklahoma State University who has studied LGBTQ students, said about a third of Christian colleges and universities, typically in their student handbooks or honor codes, ban all homosexual behavior. Students caught dating someone of the same sex or advocating for same-sex relations on social media can be expelled or forced into conversion therapy. 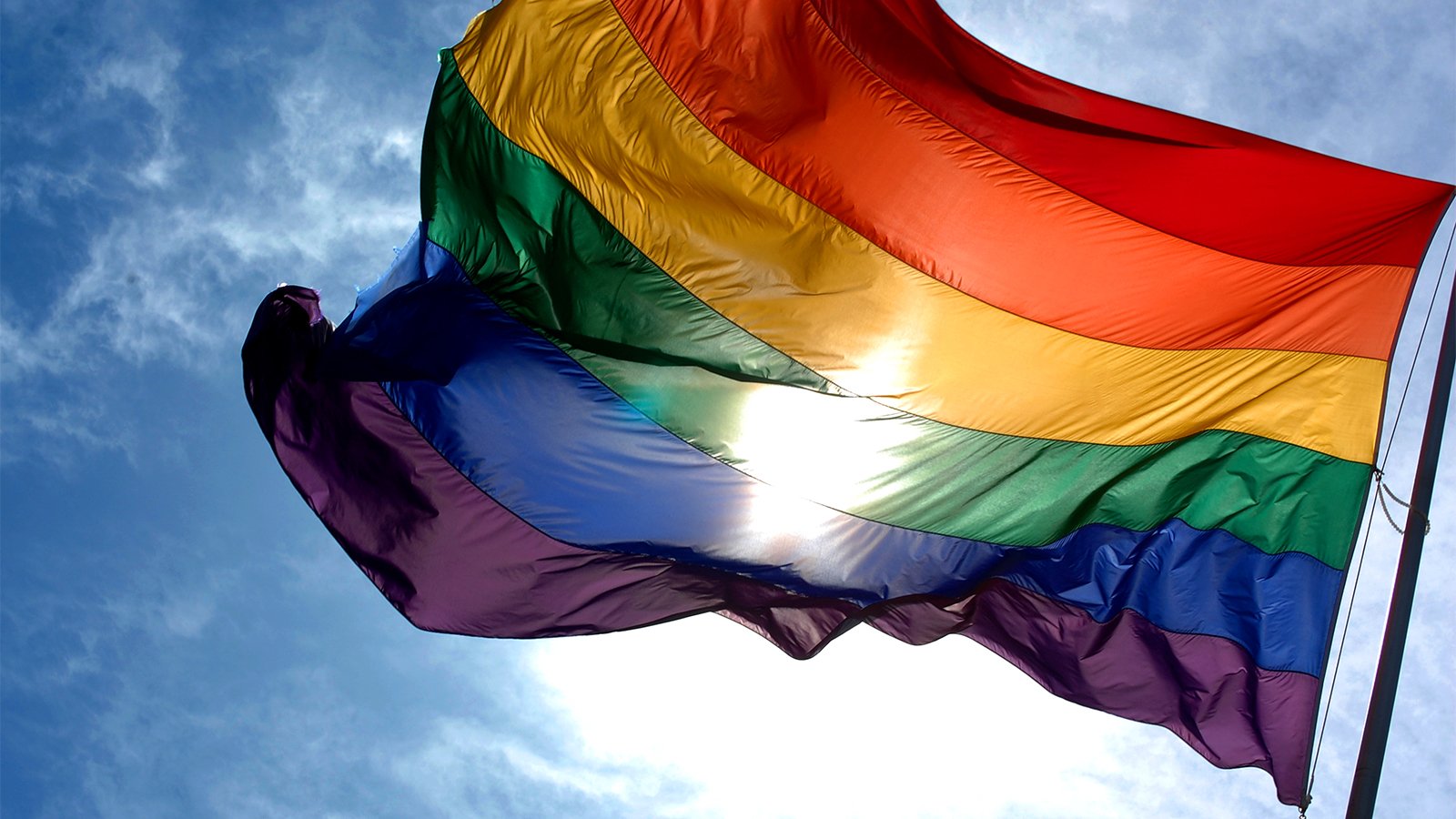 A 2016 study found that 17% of LGBTQ students at Christian colleges reported a mental health professional had attempted to change their sexual orientation. (This is generally not true of Catholic and Methodist schools.)

Campus alliance groups can be critical to the success of LGBTQ students, said Coley, the author of “Gay on God’s Campus: Mobilizing for LGBT Equality at Christian Colleges and Universities.”

“They provide opportunities for LGBTQ students to see one another and come out to family and friends and receive help from bullying and harassment,” Coley said. “Students in LGBTQ student groups often get better grades and are more likely to graduate because they have that social and mental health support.”

Joshua Wolff, a clinical psychologist and professor at Adler University in Chicago who has also studied the subject, said LGBTQ students at Christian schools have moderately elevated levels of depression, eating disorders, anxiety and academic distress, in comparison with LGBTQ students at secular institutions. Transgender students suffering from gender dysphoria at Christian schools are often misdiagnosed by campus counselors.

Wolff said that, based on his research and that of others, the lawsuit’s claims of discrimination against LGBTQ students at Christian schools are valid.

“There is statistical evidence to say, this is happening at Christian colleges and universities,” said Wolff. “It’s happening on a wider scale.”

He also suggested it’s not true of every Christian school or of every LGBTQ student.

“As a trend, there’s a likelihood of certain experiences, but that’s not true for everyone,” Wolff said. “There’s quite a range of experiences students can have, including positive ones.”

But for many who discover they are queer while attending Christian colleges, the ongoing harassment is hard to take.

Mackenzie McCann, a 22-year-old, who transferred to Liberty University in 2018 because she wanted to be around other Christians who were serious about their faith, lasted only one semester.

McCann, who is one of the 33 students in the lawsuit, said she knew she was queer when she started at Liberty but never expected the kind of micro-aggressions she experienced.

“Every day I was being chipped away at,” said McCann, who lives in Bethlehem, Pennsylvania. “Eventually, you begin to lose your mind. At the end of the fall, I transferred out. I haven’t been to church since then.”