(RNS) — The first time coffee showed up in church, things did not go well.

First developed in the Muslim world in the mid-800s, coffee was initially greeted by the Vatican, according to traditional stories, as a “hellish” brew meant to tempt Christians.

“For Christians to drink it, was to risk falling into a trap set by Satan for their soul,” wrote William Harrison Ukers in his 1922 book, “All About Coffee.”

Thankfully, said the Rev. Tim Schenck, Pope Clement VII, who ruled in the 16th century, had a better idea.

After trying a cup for himself and finding it delicious, Clement decided to baptize coffee in order to fool Satan and “make it a Christian beverage,” said Schenck, an Episcopal priest and author of “Holy Grounds: The Surprising Connection Between Coffee and Faith.”

Five centuries later, coffee hour is now a staple of congregational life for many houses of worship, where members drink coffee, often brewed in commercial vats, and chitchat before or after services. But with in-person worship services paused during the pandemic, coffee hour disappeared. That time of socializing is one of the things that churchgoers have missed most about meeting in person.

A poll from Barna found that after Communion (24%), people missed socializing with other churchgoers the most (23%).

“And Communion only beat the coffee hour by a single percent,” said Schenck, a coffee lover himself and rector of St. John the Evangelist Church in Hingham, Massachusetts.

RELATED: Coffee hour at church takes on a new twist 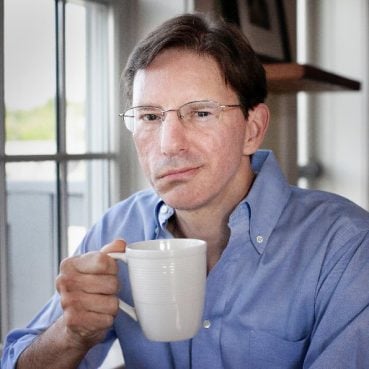 Some congregations have tried virtual coffee hours during COVID-19. They worked at first but faded as people got Zoom fatigue. The last thing people wanted was another Zoom.

Besides, said Schenck, people don’t come to the coffee hour just for a cup of joe; they want human connection, something many people have missed during the pandemic.

“I really look at the coffee hour as kind of building community up one cup at a time,” he said. “Sometimes there’s superficial chitchat — that’s just part of being human — but I also think, from a spiritual perspective, there is a profound connection. It’s literally a time to rejoice with those who rejoice, and weep with those who weep. It is absolutely something people have missed.”

As Schenck notes in “Holy Grounds,” coffee has long spiritual roots. Among the first coffee drinkers were Sufi mystics, who found that it helped them stay up for late-night prayers. The religious establishment, meanwhile, has been predictably skeptical: In his book, Ukers writes about leaders in the Muslim world trying to quash the habit of drinking coffee, to no avail.

In recent decades, some churches in the United States have started Starbucks-style coffee shops in the lobby, with names like He-Brews or Jehovah Java. (One Chicago church had an occasional coffeehouse called Café Eutychus, after a young man mentioned in the Book of Acts who fell asleep during a sermon by the Apostle Paul and tumbled out a window.) A virtual coffee hour during the pandemic. Photo by Armin Schreijäg/Pixabay/Creative Commons

In one infamous case, a church coffee hour turned into a crime scene. More than a dozen people were sickened and one died after drinking coffee at a New Sweden, Maine, Lutheran church in 2003. A longtime church member took his own life a few days later and confessed in a suicide note to having poisoned the coffee with arsenic. A second church member died in 2009 from health issues linked to the poisoning.

George Holleway, pastor at Forterra Church, a Missouri Synod Lutheran congregation in Cypress, Texas, said coffee hour was one of the most important times in his church’s life. A small congregation that began meeting in public for worship just before COVID-19 hit, the church needed the time together to get acquainted and make friends.

“I heard from quite a few people that one of their favorite things about going to church was getting to hang out and drink coffee and eat food with people,” he said. “ We would hang out for an hour, hour-and-a-half after church. Just hanging out talking, eating and drinking coffee and tea.”

Holleway said that at a previous church where he was on staff, a survey of the congregation asked, What is one thing we could do for you? 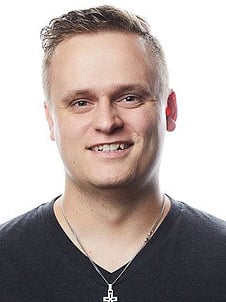 “One of the things we heard over and over was, Can you help me make a friend?” he said.

Not being able to meet together for worship or to drink coffee has been a kind of a “gut punch,” said Holleway.

In early March, Texas dropped its COVID-19 restrictions, and Forterra is holding worship services in person again, though with social distancing and other precautions. Getting coffee hour back may take a while and when it starts, it might be outside.

Before COVID-19, Lisa Schutte, who attends the Church at Pine Ridge, just outside of Winnipeg, Manitoba, said she enjoyed visiting with other church members in the church gym after services, drinking coffee and eating snacks. She and her husband were relative newcomers to the church and it was a way to get to know people.

During the pandemic, the gym was converted to additional seating for worship so that people could social distance, and coffee hour was put on hold.

“I’m sure it won’t be forever,” she told Religion News Service.

When coffee hour returns, Schutte plans to be there.

“And if not,” she joked on Twitter, “we’ll be fellowshipping in Heaven with a far better feast then medium roast coffee & generic Oreos.”

Schenck, whose congregation is still meeting online, said he looks forward to seeing people when coffee hour returns. But the coffee?

While attending a recent diocesan Zoom meeting, he enjoyed a pour-over cup of Ethiopian coffee out of a favorite mug. If the group had met in person, he said, he’d have been holding a mass-produced brew in a plastic foam cup.

“One thing about online church,” he said, “is that the coffee has never been better.” 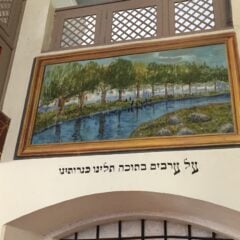 Opinion
How I learned to pray from Power Point 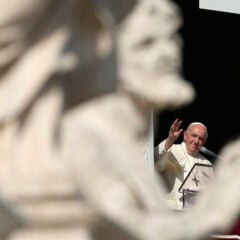 News
US cites China, Myanmar, Ethiopia in genocide report
Follow us on Facebook!
Submit your photos to RNS