(RNS) — Franklin Graham pleaded with evangelical Christians to get vaccinated against COVID-19 in an interview with Axios that appeared over the weekend on HBO, saying, “I want people to know that COVID-19 can kill you.”

“But we have a vaccine out there that could possibly save your life. And if you wait, it could be too late,” added the prominent evangelist and president of the relief organization Samaritan’s Purse.

Graham said his father — the famed evangelist Billy Graham, who died in 2018 — would urge them to do the same.

“My father was a firm believer in medicine. He believed in it, so he would have been a supporter — no question,” he said.

The Axios interview comes as polling by the Pew Research Center shows 45% of white evangelicals say they definitely or probably will not get vaccinated against COVID-19, a higher number than any other religious group.

Despite those numbers, Graham told reporter Mike Allen he wasn’t sure that more evangelical Christians are reluctant to get the vaccine than other groups but said he knows that some people are afraid of needles and that some don’t like to be told what to do.

Graham received pushback from many of those evangelicals in March after posting on Facebook that he had received the vaccine and believed Jesus would advocate for it, too. Samaritan’s Purse has hosted both field hospitals to treat COVID patients and vaccine clinics.

What convinced him to get vaccinated, he told Axios, was conversations he had with Ben Carson — the well-known neurosurgeon and Seventh-day Adventist turned politician and Trump cabinet member — and other doctors and scientists, who all told him they planned to get vaccinated.

“To me, there was no question it was safe,” he said.

Graham encouraged pastors to talk to their congregations about the vaccine, saying, “We are leaders in the community, and we have a responsibility to inform them of the truth.”

Asked whether getting vaccinated was a pro-life issue, he said, “Of course, and I’m pro-life.”

“Medicine is pro-life,” he added. 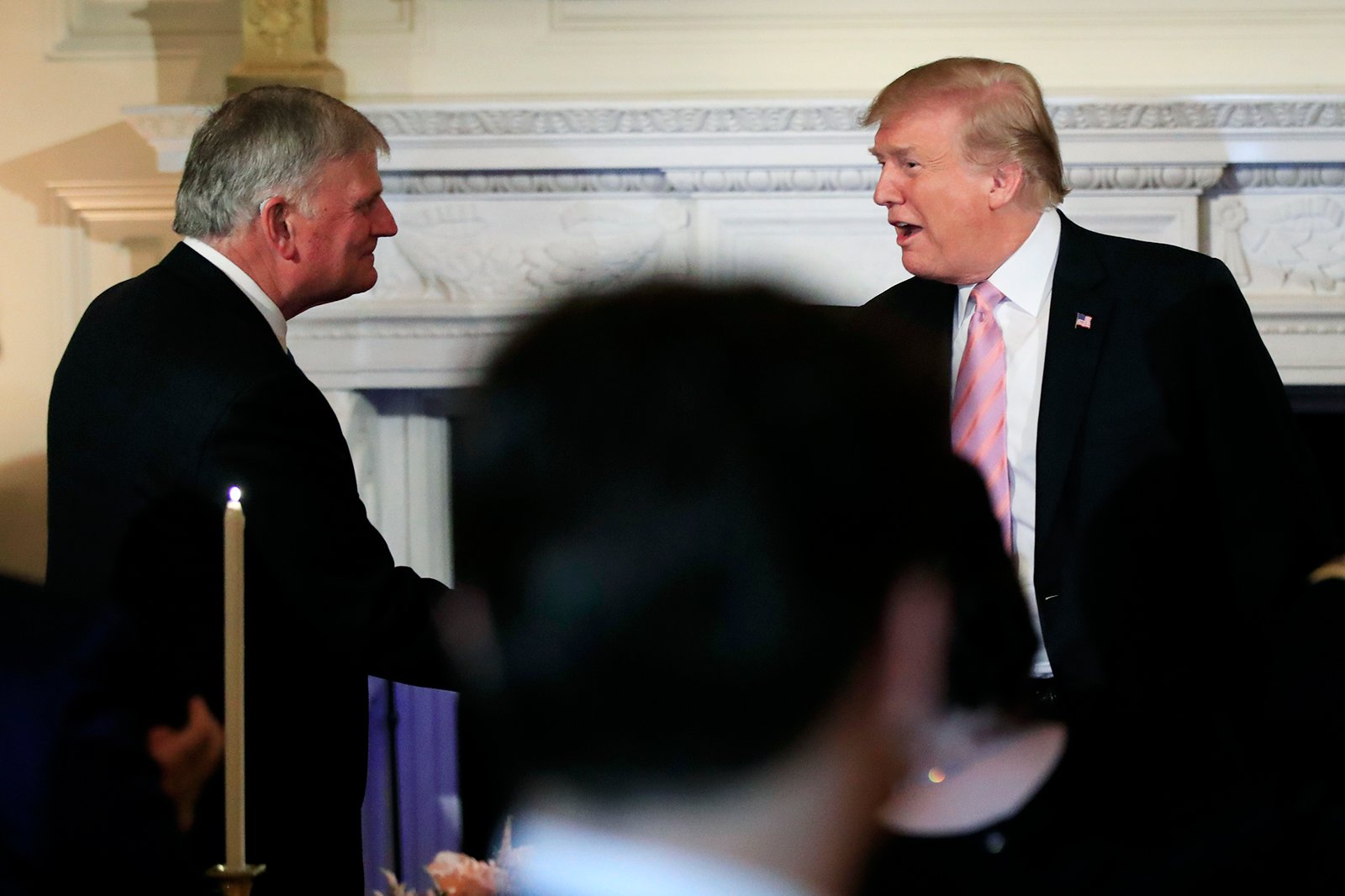 Graham also spoke about his relationship with former President Donald Trump. He was one of a number of prominent evangelicals who unofficially advised the former president throughout his campaign and single term in the White House.

He defended a December Facebook post in which Graham said Trump would be remembered as “one of the great presidents of our nation,” noting he wasn’t sure the COVID-19 vaccines would have been created as quickly under any other president.

But he also admitted that Trump “made plenty of mistakes — we all do.”

Among those mistakes, Graham said, was to demonize the press.

“I think it built a wall. I think it created animosity when it shouldn’t have. Just because somebody disagrees with you doesn’t mean they’re your enemy,” he said.

Graham said he didn’t tell that to Trump directly, but it was understood between them. He also said he didn’t shy from confronting the former president with hard truths and even wondered after some meetings if he’d be invited back.

Asked if Trump would run for president again in 2024, Graham said he wasn’t sure and that it would be “very tough,” noting the former president is “older.” Trump would be 78 years old on Election Day 2024, the same age as Biden at his inauguration.

Graham said he has not been approached by the current White House administration to get information about the vaccine to evangelicals but said he’d work with President Joe Biden and the Centers for Disease Control and Prevention if asked.

Getting vaccinated is a personal choice, Graham stressed, but he said, “I would encourage people to pray about it, to look into it, to investigate it.”