(The Conversation) — Rocked by controversies, dwindling numbers and internal divisions, the Southern Baptist Convention will meet for its annual meeting on June 15 under the banner: “We Are Great Commission Baptists.”

The slogan is notable not only for the unifying “we” but for the statement of intent regarding the SBC’s theological mission – the “Great Commission” refers to Jesus’ call in the Bible for his disciples to spread the word throughout the world.

Expounding on his choice of the motto for this year’s event, SBC President J.D. Greear remarked, “I can’t wait to join brothers and sisters as we assemble to focus on the Great Commission and keep the Gospel above all.”

His comments come after a number of prominent leaders left the SBC over social issues. In December 2020, several influential Black pastors from the denomination departed after all six Southern Baptist seminaries declared critical race theory – which analyzes racism through the role of structures and institutions rather than individual prejudices – to be incompatible with the “Baptist Faith and Message” and antithetical to the Gospel. In the spring, Beth Moore, a widely popular writer and speaker, and Russell Moore, not related, who was until recently the president of the SBC’s Ethics & Religious Liberty Commission, left the denomination over its handling of issues including race, gender and sexual abuse.

The moniker “Great Commission Baptists” – which some Southern Baptists have been using as an unofficial descriptor for nearly a decade – indicates a focus on theological purity over social divisions. Jason Allen, president of Midwestern Baptist Theological Seminary, tweeted in regard to the “Great Commission” moniker that: “Geographically, it reflects our national identity. Missiologically, it states up front what most unites & animates us.”

But this mission orientation is not as neutral on social issues as it might seem. As a scholar who studies the history of mission and evangelism among white Protestants, I examine the connection between cultural imperialism and the modern Western missionary movement. And Southern Baptist rhetoric about mission taps into a long history of promoting white dominance through religious means.

‘Making disciples of all nations’

William Carey, an English Baptist shoemaker, is often considered by historians to have jump-started the modern Western missionary movement among Protestants with his 1792 manifesto, “An Enquiry into the Obligations of Christians to use Means for the Conversion of the Heathens.”

In this widely circulated tract, Carey argued that Jesus’ words in Matthew 28 to “go therefore and make disciples of all nations” were not just a directive to Jesus’ contemporaries. Rather, they served as a command to modern-day Christians to spread the gospel around the world. 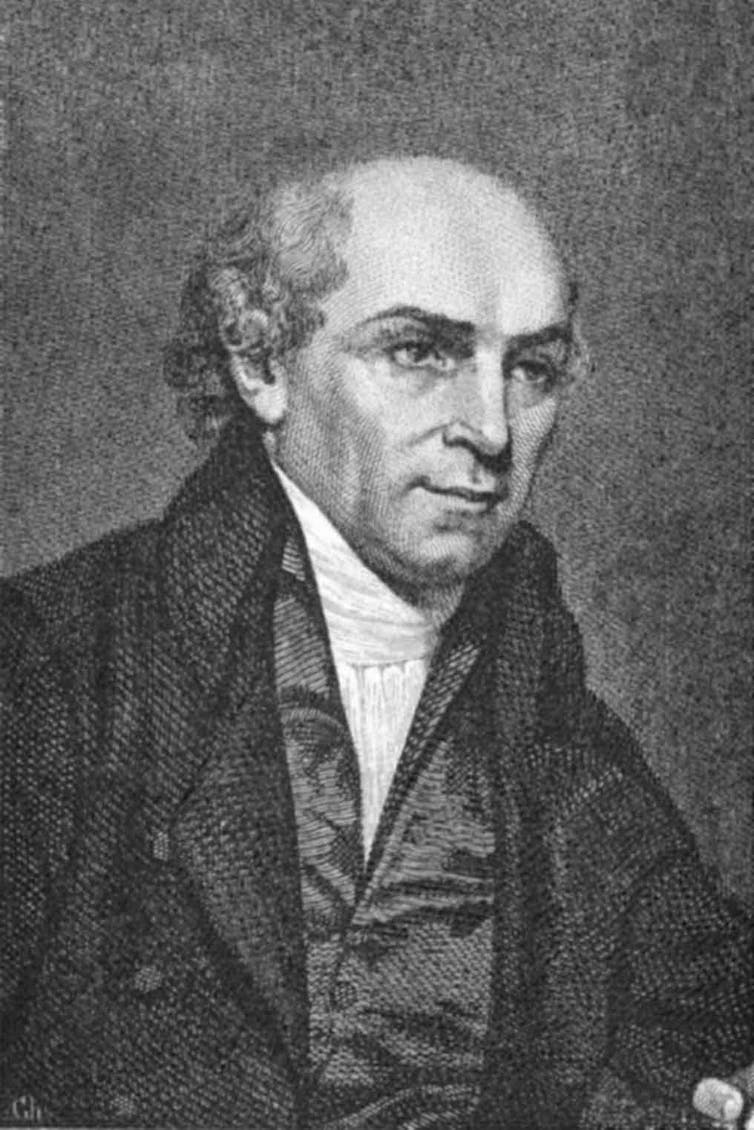 Carey urged Christians to “use every lawful method to spread the knowledge of [Jesus’] name.”

He advocated for Protestants in Europe and North America to borrow the capitalist model of the trading company to establish voluntary missionary societies dedicated to global evangelism.

But from the beginning of this movement, this missionary work was intertwined with white supremacist beliefs and the exploitation of nonwhite bodies that spurred Carey’s native U.K. into becoming a colonial superpower.

Carey convinced fellow Christians to buy shares in his missionary venture, send his family and him to India on a merchant ship, and support him financially while he spread the Christian message among those he described as “heathens.” The return on investment would be the spiritual reward of following Jesus’ command while rescuing (black and brown) souls in foreign lands from eternal damnation.

Voluntary missionary societies like Carey’s sprung up all over Europe and North America in the 19th century with the intent of widening the boundaries of “Christendom.” But closely overlaid was the concept of “civilizing” nonwhite people. Many white Protestant Christians believed themselves to have not only the right, but the duty, to expand their version of the “Kingdom of God.”

Although Christian understandings and practices of mission are far from monolithic, the Southern Baptist Convention was a direct descendant of the embrace of imperialism as mission.

Baptists first organized nationally in the U.S. in the early 19th century in order to collectively support mission efforts both abroad and on the American frontier. Understanding salvation as the rescue of an individual from eternal condemnation through belief in Jesus, many Baptists focused on promoting individual conversions rather than challenging the social hierarchy or creating a more just society. In the South, evangelizing people who were enslaved was often encouraged as a means to keep them docile and compliant.

The SBC, which was founded in 1845 in a split with Northern Baptists, owes its very existence to assumptions about the rightful dominion of white male Christians.

While the national Baptist body adopted a position of “neutrality” on slavery, in which they neither condemned nor condoned the practice, prominent Baptists in the South pushed the issue by demanding that slaveholders be eligible for missionary appointments. When Northerners refused, Southern Baptists split. They created the SBC for the express purpose of continuing the work of mission.

This pro-slavery legacy of the SBC continues to haunt the denomination, producing halting attempts to clear its name while evading systemic analysis of racism that is found in critical theory.

It is important to keep this history in mind when considering the current agenda of the Southern Baptist Convention and other white Christians steeped in a legacy of cultural imperialism and white supremacy. Without an interrogation of the meaning of their rhetoric, current SBC appeals to the gospel message and an evangelistic mandate – as shown though the promotion of the “Great Commission Baptists” moniker – reinforce rather than challenge this legacy.

The SBC maintains in its statement of faith, “The Baptist Faith and Message,” that the role of “missionary effort” is “to win the lost to Christ.” At the annual meeting in Nashville, the Southern Baptist Convention will likely adopt “Vision 2025.” It is a plan that includes increasing missionary activity and planting more churches in a bid to retain more young people and stave off ongoing numerical decline.

But coming from an almost entirely white male SBC leadership, such rhetoric about “winning the lost” and “planting churches” may echo a familiar quest to regain cultural and political territory in theological terms.

(Janel Kragt Bakker, Associate Professor of Mission and Culture, Memphis Theological Seminary. The views expressed in this commentary do not necessarily reflect those of Religion News Service.)