(RNS) — In the summer of 2016, Naghmeh Panahi sat in a room with one of the most powerful ministers in America to discuss the fate of her marriage.

Both her lawyer and her pastor were by her side. Also in the room was her then-estranged husband, Saeed Abedini, who had been released from an Iranian prison a few months earlier.

Panahi had spent years advocating for Abedini’s release, enlisting the help of evangelical leaders such as famed Christian lawyer Jay Sekulow and Tony Perkins of the Family Research Council, along with celebrities and powerful politicians who took up his cause.

Born in Iran, Panahi immigrated to the United States with her family during the Iran-Iraq War in the 1980s. Her family converted to Christianity after arriving in the United States and eventually settled in Boise, Idaho. An aspiring missionary, she moved to Iraq in the early 2000s, where she met Abedini, a charismatic young pastor who had started a series of house churches. The two married in 2004 and later settled near Panahi’s family in Idaho.

Abedini continued to work with churches in Iran and in 2012 was jailed by the Iranian government, which claimed that those churches undermined Iran’s national security. He was sentenced to eight years in prison, becoming a symbol of the struggle for international religious freedom.

At the National Prayer Breakfast in 2015, President Obama had told attendees, “I was recently in Boise, Idaho, and had the opportunity to meet with Pastor Abedini’s beautiful wife and wonderful children and to convey to them that our country has not forgotten brother Saeed and that we’re doing everything we can to bring him home.”

But during those years of advocacy, Panahi had kept a secret. Her husband had been physically and emotionally abusive for years. And while she wanted him out of jail, she did not want him to come home unless he got help. Otherwise, she believed, her family would be in danger.

When she finally revealed that secret, Panahi told Religion News Service, few of her supporters believed her. Those who did pressed her to go to marriage counseling with Saeed, assuring her that God could work everything out.

The chief advocate of that approach in the room that day in 2016 was Franklin Graham, head of the Billy Graham Association and Samaritan’s Purse. 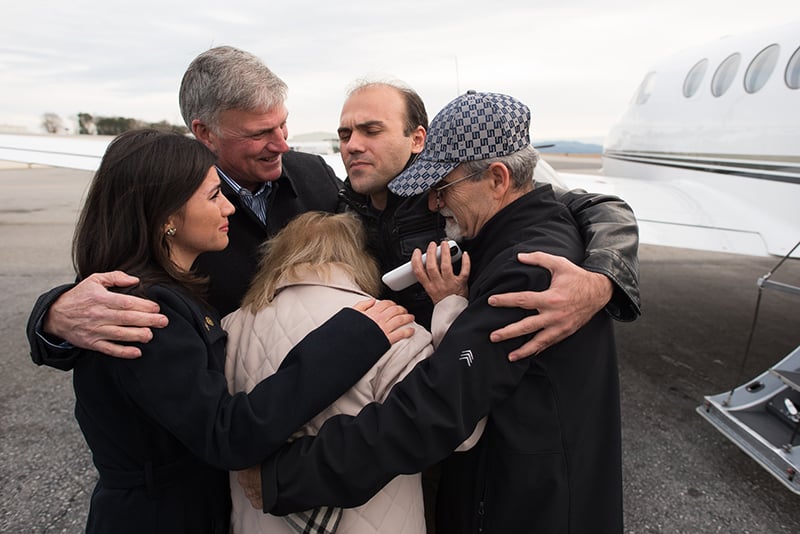 Saeed Abedini, center, the Iranian-American pastor released last weekend from Iran, is greeted by his parents, sister and Franklin Graham, left, after arriving on Jan. 21, 2016 in the United States. Photo by David K. Morrison, courtesy of Samaritan’s Purse

“There is nothing the two of you face, Naghmeh, that God can’t fix, if the two of you want it,” Graham told Panahi, urging her to go to counseling with her husband, according to a recording of that meeting.

When she balked, saying her husband needed to deal with his abusive behavior, Graham dismissed the idea of going to a “godless psychiatrist” for help with abuse, she said. All Panahi needed to do was to follow Graham’s advice.

The recording of the 2016 meeting recently became public on a podcast hosted by author and Christian journalist  Julie Roys, who often writes about abuse in the church. Panahi talked on Roys’ show about the pushback she got for a social media post about an abusive pastor in her adopted state of Idaho. Some of her social followers wanted her to take the post down, Panahi told RNS, arguing that conversations about abuse painted the church in a bad light.

Abedini has long denied any abusive behavior, despite pleading guilty in 2007 to domestic abuse for which he was given a year’s probation. Court records from the couple’s divorce also showed a pattern of abusive behavior. In 2018, he was arrested for violating a no-contact order. 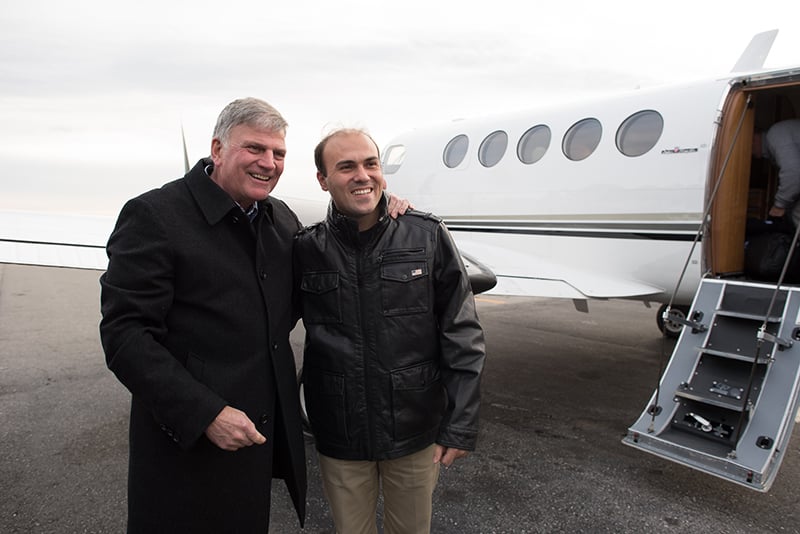 He told Religion News Service in an interview that he is working on a book entitled “Against the Powers,” which he claims will vindicate him. He claimed that he has been the victim of false allegations and was betrayed by Graham and others who once rallied to his cause.

“I never saw anyone be a used and abused person like myself,” said Abedini, who declined to tell Religion News Service where he was other than outside the United States. A Muslim call to prayer could be heard echoing behind him as he spoke.

Abedini also said God had forgiven all his sins, even though he was not worthy. But instead of criticizing him, Abedini said that his former wife and critics ought to be praying for him and building him up. Tearing down his reputation, he said, was not God’s way.

Panahi heard a lot about protecting Saeed’s reputation after she made her allegations known, she said. She was told that by going public with her story of abuse, she had put Saeed in danger and was a poor witness to the Christian faith. Other supporters, meanwhile, felt betrayed that she had kept the abuse secret.

Panahi said she loved her ex-husband and wanted him to change. But he would not. And she could not reconcile with him unless he got help.

“You guys want a happy ending photo, but what’s going to happen after that? I’m going to live with this man and my life is going to be in danger,” she recalled telling Graham. “When all of the cameras go away, it’s going to be me that has to deal with this.” 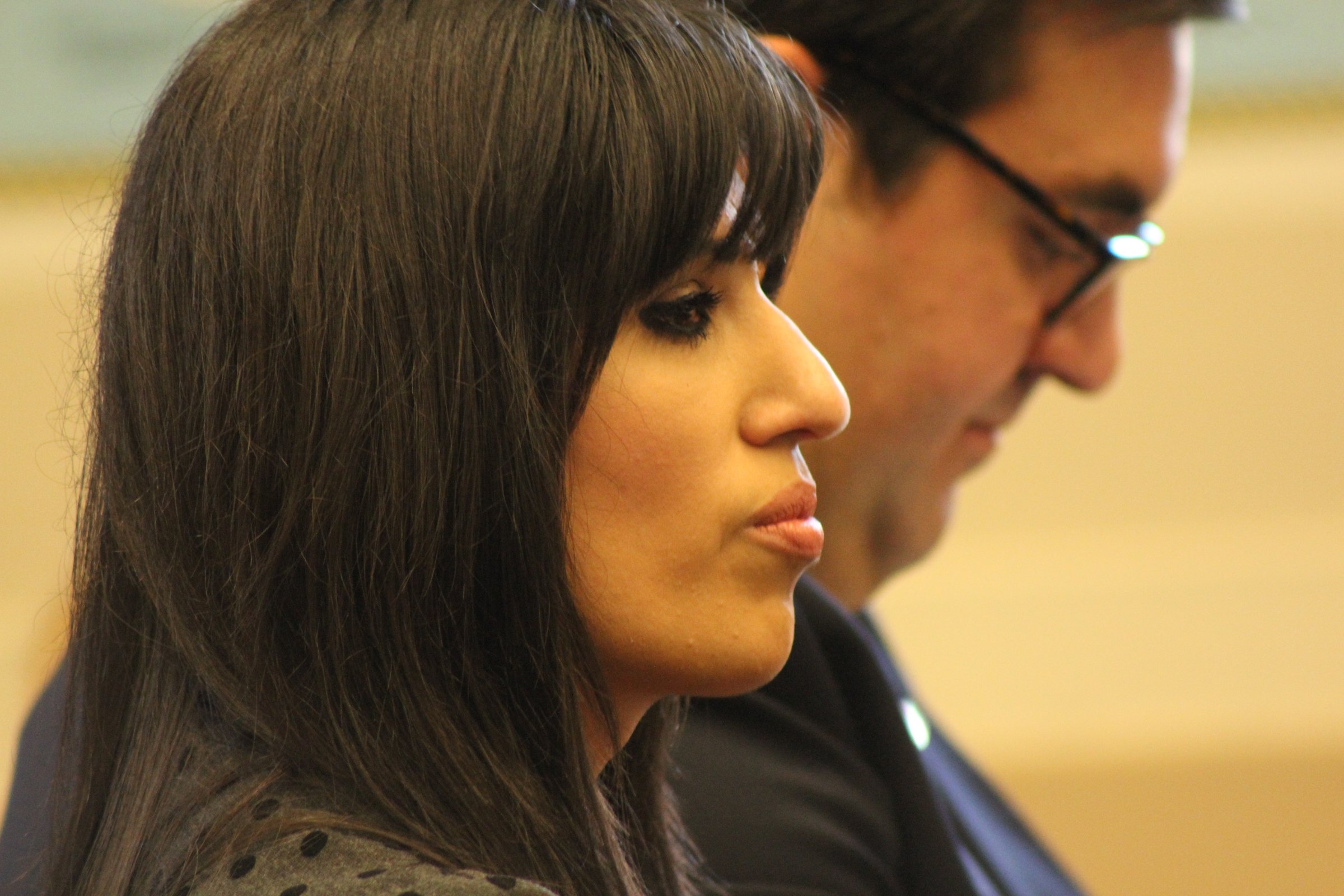 The message that God can fix abuse is common in churches, says Justin Holcomb, an Episcopal priest who teaches clergy how to care for domestic abuse survivors.

While both survivors and abusers need counseling, said Holcomb, that counseling should not be done together. Survivors need safety, hope and healing. Abusers need to learn how to stop their abusive behavior and to take responsibility for their actions.

“They have forfeited their right to remain married,” he said.

Unfortunately, Holcomb said, many pastors and clergy focus too much on keeping marriages together and not enough on survivors’ safety. That leads religious women to stay in situations where they are unsafe, seeing it as an act of faith. 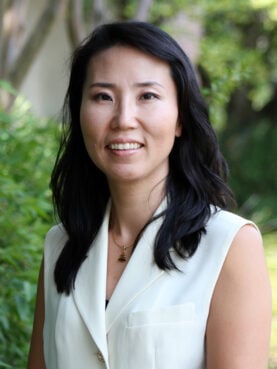 University of Georgia professors Y. Joon Choi and Pamela Orpinas recently teamed up on a project to train pastors on how to best respond to domestic abuse. Choi, an associate professor of social work, and Orpinas, a professor of health promotion and behavior, designed a series of online training modules for clergy of Korean American churches, which they hope will become a model for other church leaders.

Instead of trying to give advice, Choi suggests, clergy need to listen and then connect survivors with the help they need. As part of their training project, the scholars connected Korean pastors to local agencies that assist abuse survivors, something they hope churches and agencies in other communities will do.

“The best thing for you is to be there and listen to them and believe them,” said Choi.

Mariam Ibraheem, a friend of Panahi’s and co-founder of the Tahrir Alnisa Foundation, a small nonprofit that assists women facing domestic abuse, said Christian leaders often feel they need to investigate allegations of abuse before they can act. That can send a message to survivors that they are not trustworthy, said Ibraheem. Instead, clergy can offer help.

“You don’t need to hear two sides of the story when someone comes and tells you, ‘I’m abused and suffering,’” she said. 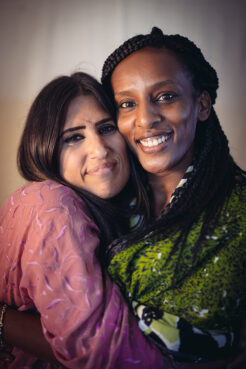 Ibraheem first met Panahi in 2014, when they were both in the religious freedom spotlight. A Sudanese immigrant, Ibraheem had been jailed in her home country for apostasy and was sentenced to death. After worldwide outcry, she was released from prison and moved to the United States. When she faced trouble in her own marriage, she turned to Panahi for help. The two later decided to work together on the issue of domestic abuse, which Ibraheem said is often misunderstood by churches.

Choi and Orpinas stress that women in immigrant communities, such as their Korean American subjects, face particular challenges when dealing with abuse. They often have few outside resources and may face cultural taboos when it comes to divorce or speaking about problems in their marriages. That makes it hard to come forward to get help.

Graham declined to answer specific questions about his interactions with Panahi. In a statement, he said that she had come to him for help when her husband was imprisoned and that he agreed to do “everything I possibly could to help them.” That included sharing the family story in the media and helping them with expenses.

“While they were still married, I advocated for and hoped for Biblical reconciliation and a God-given restoration to their marriage, but sadly that did not happen,” he said in an email statement. “Those trying to help Naghmeh and Saeed were working with incomplete, changing, and conflicting information from both of them. For years she had been advocating for the reuniting of her family, and we were doing all that we could to make that happen.”

Panahi told RNS that her experiences with Graham and other pastors have made it hard for her to trust Christian leaders and organizations. The pastor who advised her during her meeting with Graham ended up resigning in disgrace. Other leaders she once looked up to have fallen as well.

“It’s very difficult for me to step into a church,” she said.

RELATED: Jailed pastor Saeed Abedini among those released from Iran