(RNS) — Second gentleman Doug Emhoff lauded the interfaith work of Black religious communities for “saving lives” through distribution of COVID-19 vaccinations and for continuing efforts to get out the vote when he spoke at a midweek Black History Month event.

“Over the past year, Black faith communities have been working as trusted voices in their communities and getting the right facts and information out to their neighbors,” he said in remarks Wednesday (Feb. 23) at an online event co-hosted by the White House and the Black Interfaith Project. “This has led to millions upon millions of folks getting vaccinated.”

As the project of the Interfaith Youth Core launches with aims to convene Black religious leaders across faith lines for conversation and collaboration, Emhoff said his interfaith marriage with Kamala Harris, now the first Black female vice president, followed the discovery that their shared values were rooted in their different faiths.

“Faith and justice are very interrelated,” said Emhoff, a Jewish man married to a Baptist woman raised by a Hindu family. “And as an interfaith family ourselves we know that that same commitment to justice is a thread that runs through so many different religions.”

The event, the first after a year of meetings of Black leaders representing such faiths as Christianity, Judaism, Islam and Buddhism, was the public launch of the project that includes clergy, scholars and practitioners. 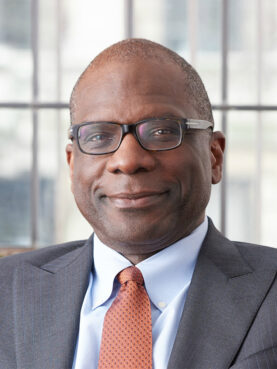 “IFYC’s Black Interfaith Project recognizes the diversity of religious, spiritual and philosophical expressions that have animated the Black experience in the United States,” said the Rev. Fred Davie, the interfaith nonprofit’s senior adviser on racial equity. “Black Interfaith explores the dialogue between religious traditions and bridge building among religious groups and what this interfaith cooperation has meant for Black Americans as a community and for America as a nation.”

The Rev. Yolanda Pierce, dean of Howard University School of Divinity, noted at the event that Black people have long been diverse religiously. About a quarter of those who were forced to America’s shores as enslaved Africans were practicing Muslims, while others followed African traditions and still others were practicing Christians, she said.

RELATED: Kamala Harris can show Americans how we share our faiths

Alia Bilal, deputy executive director of the Inner-City Muslim Action Network in Chicago, described how her organization seeks to foster interfaith relations through initiatives ranging from food to art. 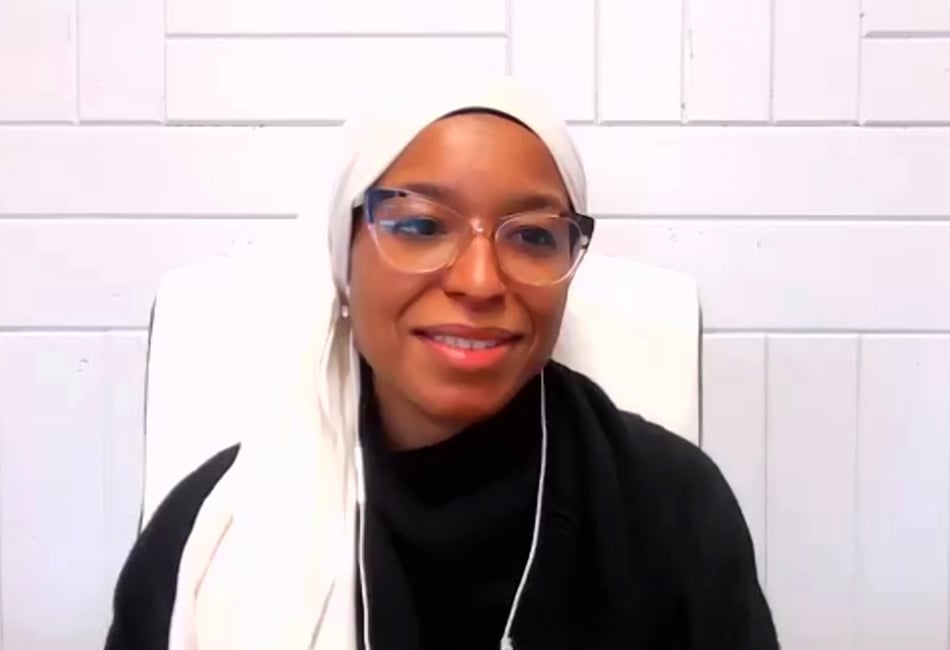 Working with partners, it plans to open the Go Green Community Fresh Market after a long campaign that has included a gathering featuring her Muslim-based organization, a Hebrew Israelite hip-hop artist and a Pentecostal church on Chicago’s South Side. The store, set to open in March, will feature fresh foods but no pork or alcohol, in contrast to corner and liquor stores — some of them operated by Muslims and Arabs — in the city’s predominantly Black neighborhoods.

“IMAN has really leveraged faith to both inspire the diverse sets of communities that make up our base and at times to agitate them to live up to those higher ideals that … we believe in,” she said.

Rabbi Sandra Lawson, who became the first director of racial diversity, equity and inclusion for Reconstructing Judaism in March, said she is encouraging congregations to acknowledge the “beautiful rainbow fabric” of Jewish people as the Reconstructionist movement seeks to make dismantling systemic racism a part of its strategic plan.

“The Jewish people have always been a mixed multitude of people, a diverse group of people,” said the leader in the fourth largest denomination in Judaism. “Some of that history has gotten lost the longer Jews have lived in the United States but, globally, Jews are brown.” Jermira Trapp, a Buddhist practitioner and Chicago police officer, stressed the need to continue to have hope about bridging societal divides.

“A lot of the illusions of separation — which are race, gender, religion — are just meant to keep us fragmented and distracted from our true essence and really in disunity,” said Trapp, who joined Soka Gakkai International a decade ago. “So do whatever you need to do, pray however you need to pray, so you can have internal harmony, so we can all live joyfully, collectively.”

The IFYC recently received $1 million in support from the Henry Luce Foundation for the Black Interfaith Project and plans to spend the next four years, from 2022 through 2025, convening Black professional fellows and hosting public presentations through partnerships with organizations such as the American Academy of Religion and the Smithsonian Institution.

Religion News Service occasionally partners with IFYC, including on a journalist fellows program. RNS is solely responsible for this content.

RELATED: Putting Black at the center of interfaith