(RNS) — Like many people, I was disgusted to read The Associated Press’ investigative reporting about how two Arizona bishops of The Church of Jesus Christ of Latter-day Saints failed to report a horrific case of one father’s sexual abuse. In this decision, they were guided by a “help line” for bishops set up to answer questions about cases of sexual abuse.

According to the article, the help line instructed the first bishop who called to “do nothing” and avoid reporting this father’s ongoing rape of his daughter to the police. As a result, the abuse continued for another seven years, with the father, Paul Douglas Adams, continuing to rape the older daughter and post videos of it online. When another daughter was born to the family, Adams began sexually assaulting her when she was just 6 weeks of age and also uploaded those videos to the internet.

Other than eventually excommunicating Adams from the church, the bishops appear to have done nothing to ensure the safety of his daughters.

And since Arizona does not require clergy to report the sexual abuse of minors to the police, what they did may have been perfectly legal. That does not make it right.

I want to make a couple of things clear. First, this column is not an attack on bishops. They are doing superhuman labors as volunteers. There aren’t many perks for being a bishop, and there are countless minefields. I’ve seen some unfair online discussions that depict these men as power-mad egomaniacs who would be constantly twirling their mustaches if only they were permitted to have facial hair.

That’s ridiculous. Most Mormon bishops are trying very hard to do the right thing. The fact that the institutional church is often setting them up to fail is not their fault.

The second point is that I have not seen any credible evidence that the incidence of sexual abuse is higher in Latter-day Saint communities than anywhere else. I’ve certainly seen allegations to that effect — here is one from, surprise, surprise, a personal injury law firm — but no supporting data.

In fact, there’s been very little academic research on sexual abuse in LDS communities, apart from an interesting 1990s Dialogue article and some important small-scale qualitative studies that explore the trauma victims experience but do not offer reliable estimates on the scope of the problem.

What we can say with confidence is that when sexual abuse has happened in the LDS church, it has too often been mishandled, which makes a traumatic experience all the worse for victims. Many of the same factors that have enabled abuse to flourish undetected in other religions are present in Mormonism as well, including:

By reading the news, again and again, about how this has played out in religions not that different from mine.

You can read here about how the Southern Baptists tried for years to deny the problem of sexual abuse and attack the whistleblowers, only to have that approach blow up spectacularly when the evidence became impossible to ignore.

Or read here about how the Roman Catholic Church tried for years to deny the problem of sexual abuse and attack the whistleblowers, only to have that approach blow up spectacularly when the evidence became impossible to ignore.

Or, since we’re on a roll, read here or here or here about how evangelical Christian megachurches tried for years to deny … you get the idea.

Latter-day Saints have the opportunity to learn from other groups’ mistakes. But will we? Judging from the church’s response to the AP news story so far, I would have to say we likely won’t. 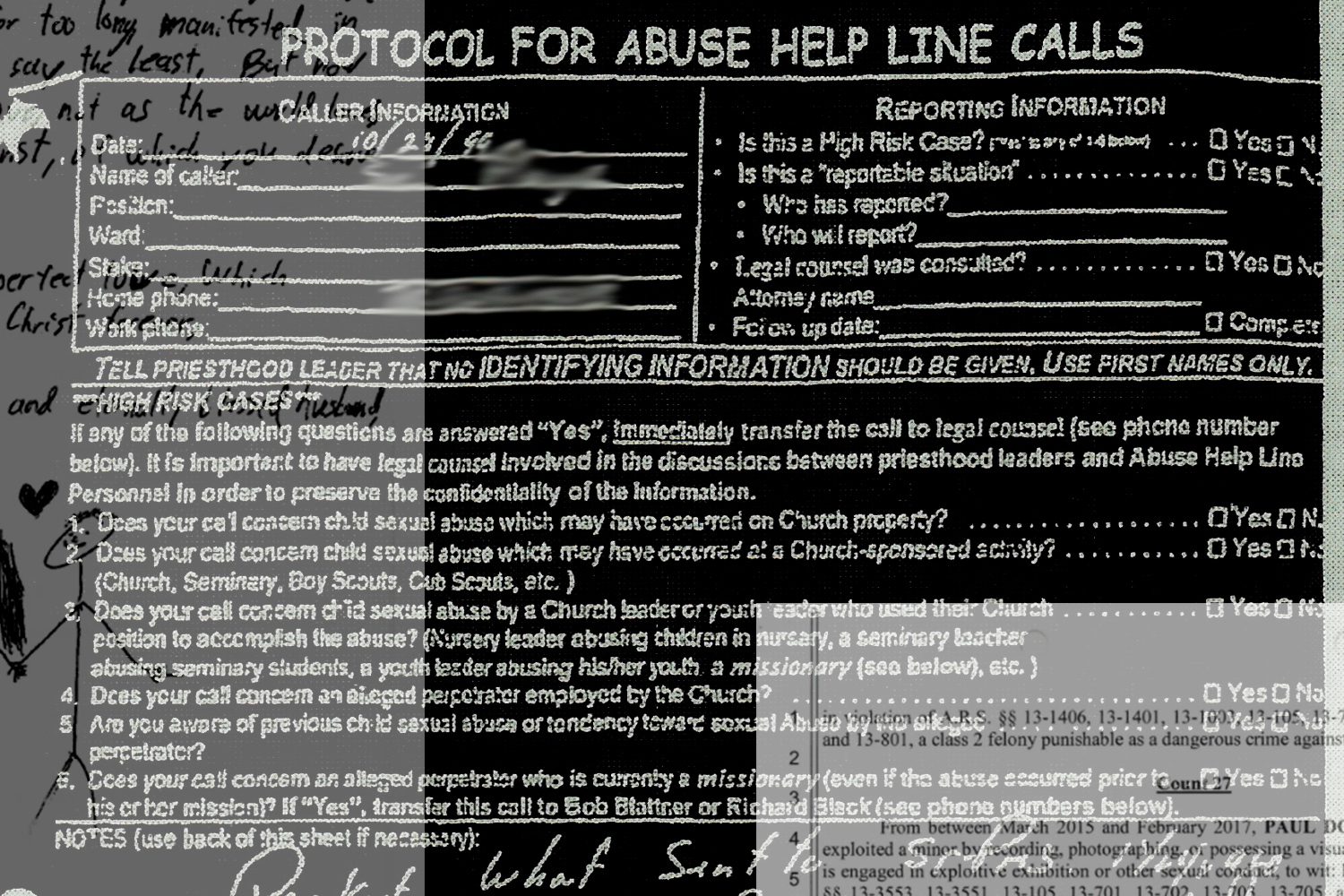 In a testy and defensive statement last week, the church claimed the AP “seriously mischaracterized” the “nature and purpose of the Church’s help line.” It didn’t specify what the story got wrong, however, other than saying the help line exists to ensure that “all legal requirements for reporting are met.” (How is that supposed to convince us the church is doing the right thing by victims?)

It also boasts of “many safeguards put in place by the Church” and says that any church member who supervises children or youth has to complete a training every few years about “how to watch for, report and address abuse.”

In an ideal world, that would be true. But in the world we actually inhabit — where we are an almost entirely volunteer workforce at church — the claim just doesn’t bear scrutiny. The online training, such as it is, was put in place because of lawsuits. It explains church policies (like asking another adult to be in the room when working with children and youth) and quizzes members periodically to make sure they understand. At 20 to 30 minutes, it’s too brief and general, though the real-world examples are helpful.

Although the church’s website now says that all Primary workers are supposed to take the training within a month of being called, the rollout of that requirement hasn’t been universal. I served in Primary for seven years without ever being asked to do this training, and I continue to substitute as a Primary teacher when needed, all without this magical training that the church lauds as “one of many safeguards” against abuse. But since it’s available for members on the church’s website, I went through it on my own.

To find out more about how the church handles abuse reporting, this week I interviewed a therapist who worked for its Family Services division for many years and has counseled people in and out of the church on sex abuse, domestic violence and mental health issues.

The therapist, who asked to remain anonymous, generally had a “good experience” helping bishops and stake presidents. In paying to make therapists available to advise bishops, he pointed out, the LDS church is “pretty progressive” compared with other religious groups. He did not work directly on the help line team, but because of his work he was aware of changes it underwent over time.

In earlier years, he said, calls from bishops would often be answered by a therapist; if necessary, the therapist might call in one of the attorneys on the help team. In the last two years, however, the attorneys have begun answering all the calls and it remains unclear how often therapists are involved.

What’s more, bishops who mentioned abuse to therapists on counseling calls that didn’t go to the help line were quickly rerouted there, and thereby to the legal team.

“I would say it was about four years into my work for the church when it became a very clear instruction that if the bishop starts to disclose to us any details about abuse, we were to stop the conversation immediately and tell the bishop to call the abuse help line.”

He speculated that this change happened because therapists are mandated reporters in every U.S. state, whereas bishops in some states (including Arizona) are protected by clergy-penitent privilege and are not necessarily mandated reporters.

The change was frustrating for him, he said, because therapists are trained to safeguard victims, including making time-sensitive, mandated reports to child welfare agencies, counseling bishops on how to help victims and sharing available resources for them and their families.

“Imagine the difference if the help line were to focus on help for victims more consistently instead of just ‘you are not required to report anything’!” he said. “It would potentially save lives and prevent ongoing abuse.”

By routing all abuse calls to the legal team at the help line, the church protected its own interests and reduced its liability — in fact, the therapist pointed out that the help line is part of a division in the church bureaucracy called “risk management.” Unfortunately, this emphasis on self-protection for the church actually increased the risk for the victims.

If I had to guess what will happen next, it is that the church will continue to issue repeated and vociferous public denials that any of its representatives ever did anything wrong, and that it will fail to tackle the systemic problems listed above that enable abuse and its subsequent cover-up. We will have learned little from the examples of the Catholics, the Southern Baptists and the megachurches.

Because it couldn’t happen here, of course. Just move along.

On Rob Porter, Mormonism, and siding with the abuser