(RNS) — Frederick Buechner was asked on numerous occasions how he would sum up everything he had preached and written in both his fiction and nonfiction.

The answer, he said, was simply this: “Listen to your life.”

That theme was constant across more than six decades in his career as a “writer’s writer” and “minister’s minister” — an ordained evangelist in the Presbyterian Church (USA) who inspired Christians across conservative and progressive divides with his books and sermons.

Buechner died peacefully in his sleep on Monday (Aug. 15) at age 96, according to his family.

Born Carl Frederick Buechner on July 11, 1926, in New York City, he moved frequently with his family in his early childhood as his father searched for work, settling in Bermuda after his father’s death by suicide when he was 10. 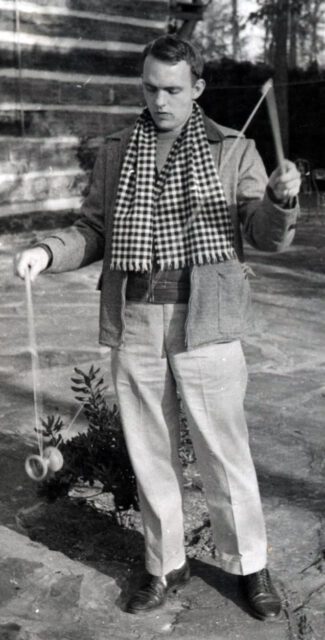 His studies at Princeton University were interrupted by World War II, but he completed his bachelor’s degree in English in 1948. He quickly achieved fame with the 1950 publication of his first novel, “A Long Day’s Dying.”

When his second novel, in his own words, “fared as badly as the first one had fared well,” he moved to New York City to lecture at New York University and focus on his writing.

It was in New York City that he had an experience that changed the course of his life and work: He began attending Madison Avenue Presbyterian Church. Growing up, neither side of his family had a “church connection of any kind,” as he put it, but he went because he happened to live next door and “because I had nothing else to do on a Sunday,” he recounted in a video posted on YouTube by the Frederick Buechner Center.

One Sunday he was struck by a particular turn of phrase by the church’s pastor, the Rev. George Buttrick: “Christ is crowned in the hearts of those who love him and believe in him amidst confession and tears and great laughter.”

He recounted: “I was so taken aback by ‘great laughter’ that I found the tears springing to my eyes.”

He later told Buttrick he wanted to learn more about Christianity, to more than simply join the church. The pastor pointed the young writer to Union Theological Seminary — with some misgivings. Buechner quoted Buttrick in his autobiography “The Sacred Journey” as saying, “It would be a shame to lose a good novelist for a mediocre preacher.”

Buechner graduated with a bachelor’s of divinity — he’d later receive nine honorary degrees — and was ordained as an evangelist in 1958 at the same church where he had been so moved by Buttrick’s words.

That same year, he launched the religion department at Phillips Exeter Academy in New Hampshire, where he taught for nine years before moving with his family to their farmhouse in Vermont. He later was awarded lectureships at Harvard and Yale universities and held teaching positions at Tufts University, Calvin College and Wheaton College. 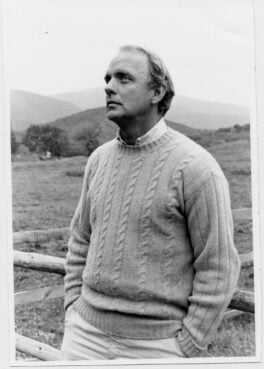 Over the course of his life, Buechner wrote nearly 40 books across a number of genres: fiction, autobiography, theology, essays and sermons.

Listening to one’s life became a theme in his work, because, he said in a 1989 appearance on the Chicago Sunday Evening Club, if there was a God and if God were as concerned with the world and involved in it as Christianity says, then surely one of the most powerful ways God speaks to people is in what happens to them.

That’s something bestselling memoirist Anne Lamott, a progressive Christian who wrote the introduction to the 2016 book “Buechner 101,” has said she took away from Buechner’s writing.

It gave Lamott the confidence, after paying attention to her own life, “to share that with my readers and to trust that that is ultimately all we have to share with one another — is our truth in our very own voice,” she said in a YouTube video posted by the Frederick Buechner Center to mark Buechner’s 90th birthday.

While Buechner was ordained in a progressive mainline Protestant denomination, his fans also included Catholics and conservative evangelicals.

Russell Moore, the former head of the Southern Baptist Convention’s Ethics & Religious Liberty Commission who recently was named editor in chief of Christianity Today, credited Buechner’s writing with making him a better evangelical in a 2017 commentary for the magazine.

“J. Gresham Machen and Carl F. H. Henry taught me that I needn’t put my mind in a blind trust in order to follow Jesus. Buechner taught me the same about my imagination,” Moore wrote.

The Rev. James Martin, editor at large of America Media, said in another YouTube video posted by the Frederick Buechner Center that the author was “instrumental in my early days as a Jesuit.”

On Monday, Martin tweeted, “I’m so sorry to hear of the death of Frederick Buechner, who led a long and fruitful life and was one of my favorite spiritual writers. ‘The Sacred Journey’ is one of the most beautiful spiritual memoirs ever written. May he rest in peace with the God he loved for so long.”

Buechner, who split his time between Vermont and Florida, is survived by his wife, Judith Buechner, three daughters, a son-in-law and 10 grandchildren.

News Analysis
The most intriguing books on religion we read in 2022
Follow us on Facebook!
Submit your photos to RNS