(RNS) — “For Halloween, I’m a problematic white woman aka shamanic healer,” Lakota comedian and actor Jana Schmieding quipped on Twitter last month in a post that gained over 10,000 “likes.” Donning dyed feathers and clutching a smudge stick and a bag marked “ceremonial cacao,” Schmieding used her costume to challenge Indigenous appropriation in many a non-Native healing space.

Every fall, discussions around cultural appropriation surface as Halloween parties and Thanksgiving pageants roll around. But cultural appropriation isn’t just a seasonal phenomenon. For decades, Indigenous appropriation has been a stumbling block for both commercial giants and New Age spiritualists seeking holistic, anti-institutional forms of meaning to call their own.

Today, as spirituality hits the mainstream via healing crystals, tarot decks and sage smudging, it’s also infiltrating the wellness industry, where crystal-infused salves, beauty meditations and plant-based cosmetics are marketed as balms for the body and the soul. Along the way, some business owners run the risk of profiting off products that may not belong to them.

“There are people harvesting plants that Indigenous people have been protecting and fighting for for so long, and it’s really difficult when somebody takes that and monetizes it without regard for how that impacts the people it’s coming from,” Arianna Lauren, a member of the Quw’utsun’ tribes, told Religion News Service in a recent phone interview.

Of course, not everything spiritual is appropriation. And as Indigenous creators continue to launch apothecary and wellness businesses of their own, some choose to reserve ancestral medicines for themselves while others freely integrate them into their products, hoping their healing ointments can reach as many as possible. As these Indigenous creators carve out space for themselves in the wellness and healing industry, they’re also informing how some non-Indigenous entrepreneurs are navigating the fraught boundary between appropriation and appreciation.

One of those business owners is Leslie McAllister, who runs Ceremonial, a shop in Pittsburgh whose bright, white interior has shelves bursting with tarot and oracle decks, crystals, candles, tinctures and herbal bundles. McAllister was raised in a family that attended Episcopal church services on Easter and Christmas, but she says her great grandmother was a spiritual practitioner who read tarot and practiced astrology. Today, McAllister is a witch dedicated to hosting a healing space through her shop, tarot readings, meditations and spell-casting circles. 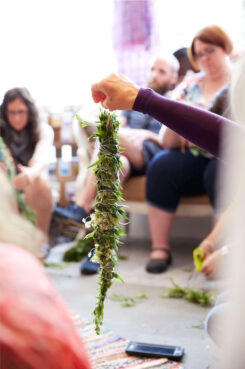 The first class hosted at Ceremonial in Pennsylvania was to make Mugwort Bundles, one of the classes that the shop still organizes today. Courtesy of Ceremonial

When she first opened her shop in 2016, she called the store JuJu after her beloved cat. But when she dug into the etymology of the name, she decided “Ceremonial” would be a more fitting title.

“I started to realize, I’m a white European woman, I don’t think it’s appropriate for me to continue to call this shop Juju because this is a West African word that was borrowed from the French and taken over to the West Indies and adapted into island culture and witchcraft.”

McAllister has also swapped out some of the herbs she sells, trading white sage and palo santo — plants that hold spiritual significance for some Indigenous peoples — for alternatives such as eucalyptus, lavender and rosemary, according to her website.

“Palo santo and white sage are powerful for a reason, but there are so many awesome alternatives that are in your backyards,” she said. “The plant (white sage) is intended for a lot of people to use, but I think people aren’t using it in its most sacred and intentional way. … I’m doing my best to grow and learn and expand, and when I can see that something is not right, I’m here to change it without fear.”

In the last 10 years, dozens of Indigenous-owned businesses have launched, heightening awareness around cultural appropriation in the for-profit sector. Founded in 2008, the Seattle-based Indigenous-owned company 8th Gen uses the tagline “Inspired Natives™, not Native-inspired,” and is one of several businesses openly critical of companies that reduce their culture to an aesthetic.

“It’s a great way for us to break down a lot of different racial and social barriers, all those stereotypes people believe about Indigenous folks,” Lauren said about the influx of Indigenous businesses.

In 2016, Lauren founded Quw’utsun’ Made, an apothecary business offering lotions, salves and oils infused with the plant medicines Lauren grew up harvesting with their grandmother in the Cowichan Valley region of Vancouver Island, British Columbia. Devil’s Club, a shrub with a peppery, almost bitter smell and stinging nettles, has inspired an entire line of Lauren’s products. 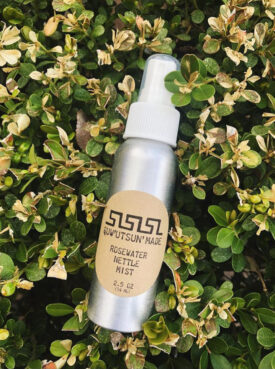 Rosewater Nettle Mist is one of the many natural products made by Arianna Lauren as a part of their business, Quw’utsun’ Made. Photo courtesy of Lauren

“It carries a deep spiritual weight. It’s protective,” said Lauren. “The way it soaks up water and grows toward sun, it carries this cycle of life. There are all kinds of different stories from different nations about how we were gifted this from our Creator, but all of it all leads toward healing.”

In general, Lauren enjoys sharing ancestral medicines with their clients through their plant-based products. The problem arises, according to Lauren, when people sell plant medicines for profit without care for their potency and power. On a trip to Alaska, Lauren said, they saw Devil’s Club salves in nearly every gift shop going for $50-$60 an ounce, a price point Lauren called “intense.”

“There’s a lot of non-Indigenous people harvesting this plant, making a huge profit off of it. I don’t think these people are really understanding the spiritual connection that it carries.”

Justine Buck Quijada, an associate professor of religion at Wesleyan University in Middletown, Connecticut, studies the revival of shamanism among Indigenous people in Siberia. Raised in a New Age household, Quijada also taught a class about the relationship between New Age spirituality and Indigenous religions. She says cultural appropriation can be elusive, particularly when it’s born out of admiration.

“It doesn’t feel bad because you’re saying that their practices are good. Their practices are better than ours. They have this special wisdom that can save us. That all feels very positive,” said Quijada. “But you’re not actually engaging with real people or real practices. You’re taking things that symbolize this countercultural impulse.”

Quijada thinks of cultural appropriation as located on a sliding scale between cultural influence and stealing others’ practices. To help pinpoint one’s location on the scale, Quijada suggests thinking about the power differential between you and the person or group whose culture you’re borrowing from, as well as who, if anyone, is ultimately profiting.

“How are they sourcing their ingredients? Are they profit-sharing with the community they are getting materials from? How do the people from whom these practices originate feel about you practicing them?” Quijada asked.

The answers to these questions aren’t always straightforward. Hundreds of Indigenous tribes have distinct cultures, rituals and plant remedies. And when it comes to practices shared across many nations, like smudging, approaches and materials differ, as do attitudes about whether to share these practices broadly.

RELATED: Tribes ask US Supreme Court to hear case over destruction of sacred land in Oregon 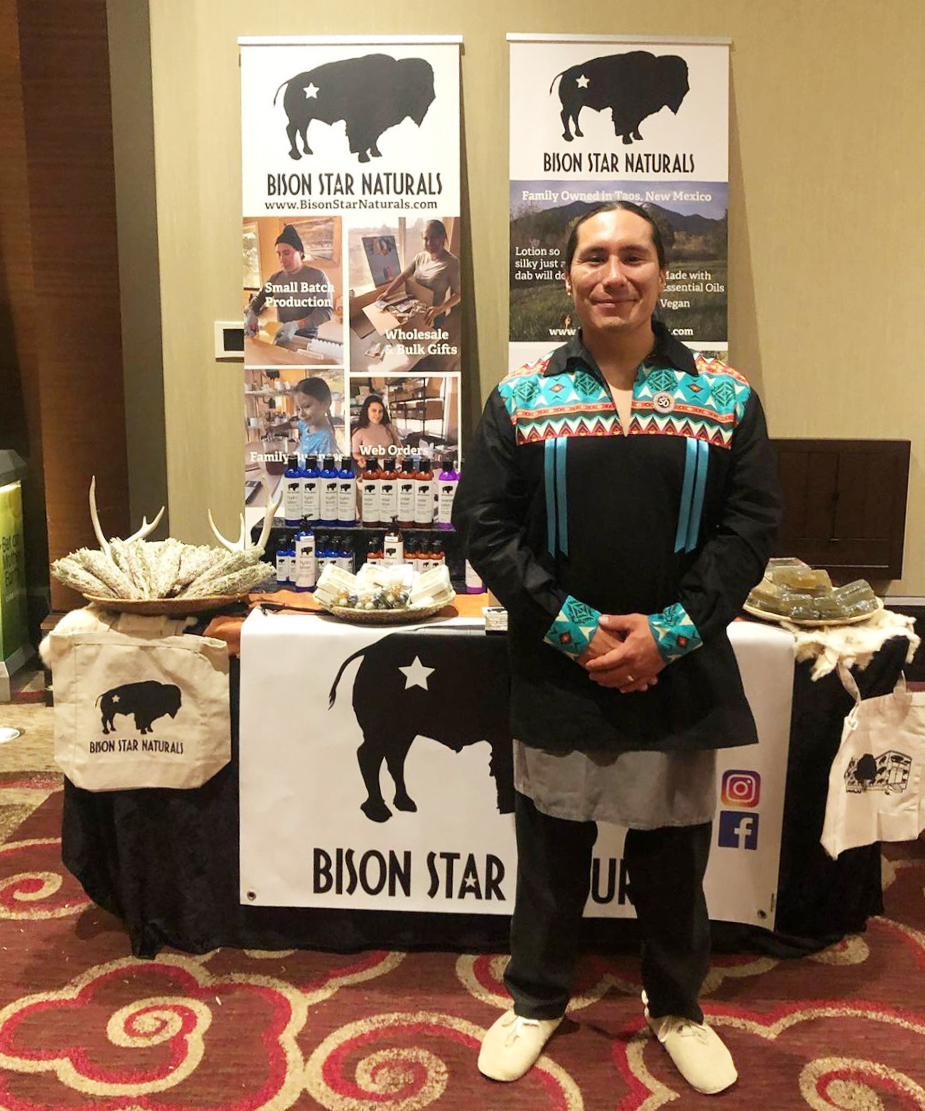 Angelo McHorse, a tribal member of Taos Pueblo in New Mexico, chooses not to incorporate sacred practices or plants from his tribe into the plant-based bath and body company he founded with his wife, Jacquelene, in 2018.

“We’re not trying to exploit the culture or religion or the language of Taos Pueblo,” said Angelo McHorse, who describes their business, Bison Star Naturals, as family-based and all-natural. “We like to keep our home and culture sacred to us.”

While McHorse says concern about cultural appropriation has its place, he told RNS he would rather concentrate on empowerment. 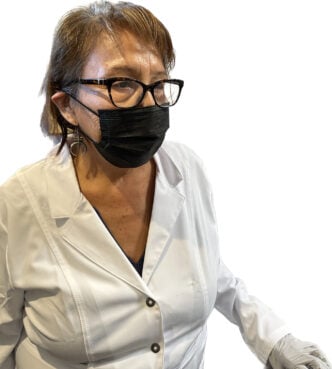 While Lauren and McHorse are part of a new generation of Indigenous creators, some business owners, such as Carissa Pankey of 3Ps in a Pod and Virginia Boone of Medicine of the People, have been in the herbal products business for decades. Both women integrate ancestral medicines into their products, though Boone admits she wasn’t always sure it was the right call. When she started her business in Arizona in 1995, she was hesitant, she told RNS, to sell products with ingredients introduced to her by her Eastern Navajo father and Western Navajo mother. But today, she sees herself as a vehicle for healing through her business, which sells ointments for everything from sore joints to insect bites.

“I think that has its own power too,” she said about sharing her products with non-Indigenous buyers. Both Boone and Pankey use prayers and meditations as they prepare their products, and like Boone, Pankey, who is a member of the Choctaw Nation, is happy to share the products of her Oklahoma-based business with anyone. “Spirit is all around us; it’s not just for me,” she said.

This story has been updated to accurately reflect details about Leslie McAllister’s store and family history as well as Angelo McHorse’s perspective on cultural appropriation.

News
Psychedelic salon looks to the possibility of sacred healing
Follow us on Facebook!
Submit your photos to RNS