(RNS) — South Carolina’s largest United Methodist church is gearing up to break from the denomination with a formal vote expected next month.

Mt. Horeb United Methodist, located in Lexington, South Carolina, 17 miles from Columbia, the state capital, has for some time been inching toward a disaffiliation vote. For the past several years the church has been active in the Wesleyan Covenant Association, the group that birthed the rival Global Methodist Church last year.

Beginning Monday (Jan. 9), Mt. Horeb begins a 30-day discernment period after which it will vote on whether to break away from the denomination. Two-thirds of the congregation must vote to leave to trigger the exit. The vote has not been scheduled.

Pastor Jeff Kersey, the church’s longtime pastor, has been clear that he favors pulling out of the denomination because of its perceived slide away from orthodox Christian tenets, particularly around sexuality, he said.

“We believe in celibacy in singleness and fidelity in marriage, with marriage being defined between a man and woman,” the church’s discernment guide reads. “Mt. Horeb relies on the Scriptures and what orthodox Christians have always believed about God to guide all matters of human relations, including sexual ethics.”

Formally, the United Methodist Church rules also affirm those beliefs, but many congregations and pastors in the 6.4 million-member denomination have publicly disavowed them.

RELATED: Some churches leave UMC through formal process; others are suing 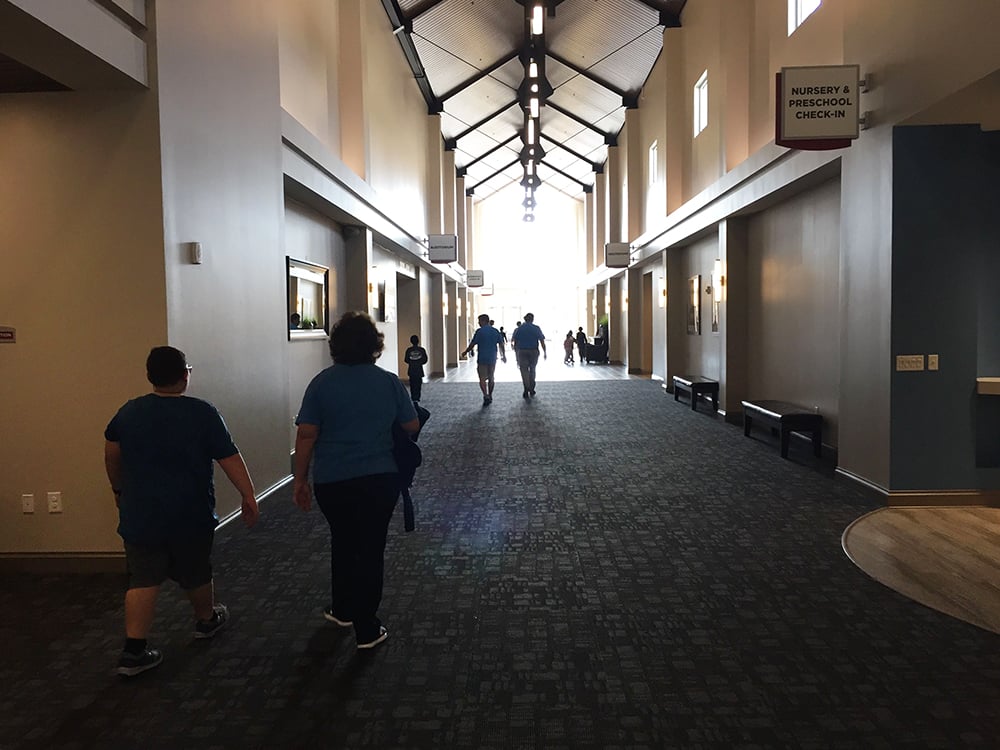 People head toward the exit through the central hallway at Mt. Horeb United Methodist Church in 2019. RNS photo by Yonat Shimron

The South Carolina Conference, a regional body of United Methodist churches, has 958 churches. South Carolina churches wishing to break away from the denomination in 2023 must vote by March 1. The conference will then formally ratify their exit at a meeting in June.

“Separating has many advantages,” Mt. Horeb’s discernment guide reads. “More importantly, it allows us to fulfill our mission without interruption or redirection by progressive agendas currently being set by some United Methodist leadership.”

Kersey did not return emails or phone calls asking for comment.

Exiting churches must tithe 10% of the appraised value of the church congregation’s property and liquid assets. They must also pay their apportionment, or pooled giving allotment, for one additional year after they leave, beginning in June 2023.

Each United Methodist conference, or regional association, is drafting its own separation policies. The South Carolina conference is relying on Paragraph 2549 of the denomination’s Book of Discipline — a provision that was originally intended to apply to the disposal of closed churches.

News
Some churches leave UMC through formal process; others are suing
Follow us on Facebook!
Submit your photos to RNS