(RNS) — When Christian Kimball was a young man, he checked every Mormon box: mission, temple marriage, leadership callings, a successful career. As a grandson of LDS prophet Spencer W. Kimball, he had a family legacy that was fully intertwined with The Church of Jesus Christ of Latter-day Saints. But in the 1990s, when Christian was serving as a bishop in Massachusetts, his faith started to fall apart.

Not his faith in God — his faith in the system. As a bishop, he did several hundred temple recommend interviews, and came to feel that the questions he was supposed to ask church members to ascertain their “worthiness” didn’t measure the most important things. And although the church had taught him that as bishop, he would have special access to the Spirit and be able to answer members’ most challenging questions and problems, he found he seldom had inspired answers, so he felt like he was participating in a fraudulent system.

When his service as bishop ended, he voluntarily surrendered his temple recommend but has stayed a semiactive member of the church. “I am a 25-year veteran back­bencher in a blue shirt and no tie,” he writes in “Living on the Inside of the Edge: A Survival Guide,” which is currently the No. 1 new Mormon book release on Amazon. He’s accumulated wisdom for how to stay Mormon after a faith crisis, sharing his own strategies and also giving space at the end of the book for other veterans to offer advice based on their life experiences about staying Mormon when they’re single, Black, gay or in a complicated family situation.

This Religion News Service Zoom interview has been edited for length and clarity. — JKR

One of the main pieces of advice in your survival guide is to get rid of magical thinking. What do you mean by that? 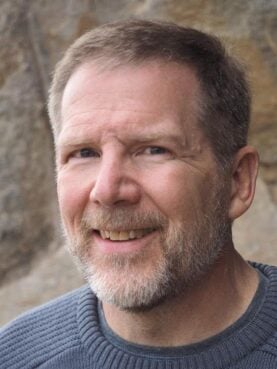 In essence it’s a matter of certainty: My prayer will be answered, the miracle will occur. Certainty is the key.

At age 5 I got glasses and I hated them. A few years after that, when I was about 8, I had an opportunity to be in Salt Lake City during General Conference. My grandfather was an apostle at that time. He told me he could arrange for me to meet President David O. McKay after Conference. I remember very clearly thinking about the woman in the Gospels who touched the hem of Jesus’ cloak and was healed. I believed that if I shook President McKay’s hand, my eyesight would be better. I did shake his hand but my eyesight did not change. I had believed so much that it would work. That’s an 8-year-old’s thought, and a theme of the book is that we have to get out of childish thinking and have a more adult attitude.

Describe what you mean by having a more adult attitude toward the church.

It means taking responsibility for your life and making decisions in uncertainty. Understanding that the world is a hard place where we don’t get certain answers, and that we see in this life through a glass darkly. And that we also are living in connection and cooperation and coordination with other human beings who also are living in a difficult world and making decisions in uncertainty.

The book includes lots of different ways of thinking about growing up — one example is thinking about commandments. People in a more childish mode want to just take the commandments as either “I will do what I’m told” or “I will not do what I’m told, because I’m feeling rebellious.” When they are not grown up, people tend to obey “because he said so” — he being their father, the bishop, or a speaker at General Conference. That is still the child talking.

People who have an adult approach figure out how they want to live their lives. You may have input from different sources, including the church, but at the end of the day you have to know why you are doing this or not doing it. You can’t outsource your decision making to anyone else.

You note in the book a tendency among church members and ex-members to engage in binary thinking — either it’s all true or it’s all false.

Binary thinking is a trap. If you think “all in” and “all out” are the only choices, you can get trapped. People often feel very angry with the church and think leaving is the only choice. Breaking the binary is one of three or four themes I wanted to come back to over and over in the book. It hurts people. It’s preached over the pulpit, where it gets reinforced that these are the only two options: You’re in or you are out. You obey or you don’t. 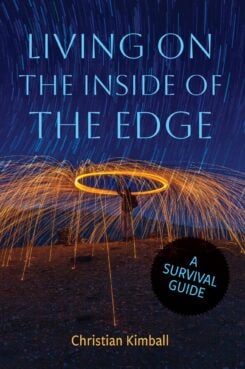 “Living on the Inside of the Edge” by Christian Kimball. Courtesy image

I’m preaching a middle way, saying there are many places to exist on the edge. Places that give you what you’re looking for. If being “all in” in the childlike role that the church wants for you is not working for you, the book is trying to say there are other ways to make it work.

Who is your target reader?

My audience is people who have had some kind of break or faith crisis, which can happen dozens of ways. It could be the way the church has excluded gay people, or that it has $100 billion sitting in an account, or that the Book of Abraham doesn’t work, or that something they taught on their mission turned out not to be true. There are lots of ways people come to a distressed position vis-à-vis the church.

But what’s interesting to me is that while some fairly substantial percentage of those people just leave, others turn back and say, “This is awful, but I still have family, or I still have a testimony, or this is still my community.”

That’s my audience: The people who turn back and want to stay.

What are some of the pragmatic strategies you write about, ones that can help people stay in the church on their own terms?

One sounds really obvious, but surprises people when I mention it, which is to stay without a temple recommend. To simply take worthiness interviews off the table. When I mention that to people, it’s eye-opening. I know it can’t work for everyone, but it’s one example.

Another is to deal with the bishop like an adult. We have a culture in which the bishop sits on a pedestal and is accorded the wisdom of the ages — a father figure who is thought to have God whispering in his ear the whole time. Breaking from that model, all by itself, is a very different way to live in the church. You can deal with the bishop as an adult, asking him what you need to ask him, but not giving him the status of the oracle who knows more about your life than you do.

Dear Mormons in a faith crisis: You’re not crazy, wrong or stupid

When your Mormon faith is too small 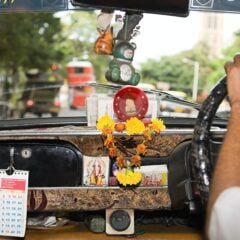