The four young girls who were killed in a bomb blast at Birmingham's Sixteenth Street Baptist Church 50 years ago this week received the Congressional Gold Medal yesterday as a piece of shattered stained glass from the church was turned over to the Smithsonian.

Favorite story of the day: Authorities say a group of Orthodox Jewish drug dealers in Brooklyn closed down for the Sabbath, notifying customers that they'd be closed from 7:30 p.m. Friday to 8:15 p.m. on Saturday.

Maybe political redemption is a little harder than actual redemption: Eliot Spitzer and Anthony Weiner both lost their NYC races yesterday, with Weiner exiting the stage with a one-finger salute. We'll let you guess which finger.

OK, so this is a few months old but it's the first time I'm seeing it so therefore it's news: the state with the dirtiest potty mouth? It's not New York, Anthony Weiner notwithstanding. 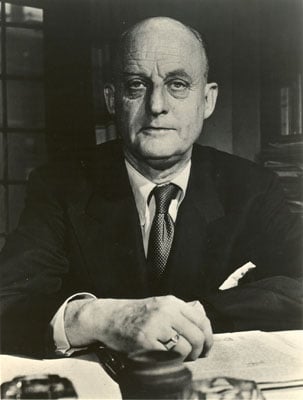 (RNS) The influence of the late Protestant theologian Reinhold Niebuhr could be felt in President Obama's eulogy to the victims of the shootings in Tucson, Ariz.. Religion News Service file photo.

Taken together, the Niebuhrs represent a tension at the heart of American liberal democracy: the desire to stand against evil decisively versus the need for self-reflection central to a moral community.

Tom Ehrich is tired of people and institutions pushing off problems as someone else's mess to clean up.

Looks like the Episcopal Church has lost a legal battle in Illinois over property within the former Diocese of Quincy, which left the national denomination.

Jonathan Merritt surveys 10 TV shows that changed our perception of the American family. But no Cosby Show? And who knew Carol Brady was originally cast as a divorcee?

Cathleen Falsani watched the first episodes of National Geographic's "Snake Salvation" and had to hide under the covers.

Pope Francis (and his staff) is at it again: the incoming Vatican No. 2 says clergy celibacy may be up for debate after all, and "some modifications" could be done. For the Vatican, that's a pretty radical statement.

A sad story making its way around the Interwebs: An 8-year-old Yemeni girl died from internal bleeding on her wedding night to a 40-year-old man.

Archaeologists unearthed a treasure trove of shiny gold coins from the seventh century near the site of Jerusalem's Temple Mount; they're believed to be ornaments for a Torah scroll.

And with that, it's time for all of you (and me) to get back to work. But make sure you've subscribed to the daily Roundup email -- it's free, and there are no snakes.