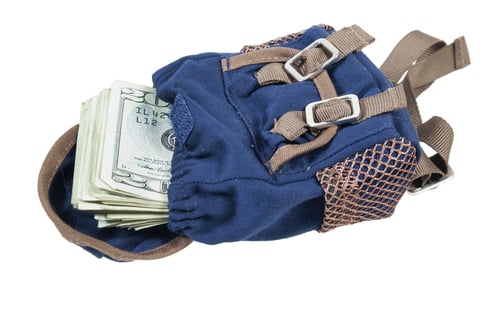 What would you do if you found a backpack stuffed with money? Would it make any difference if you were homeless and jobless? Image courtesy of Dani Simmonds via Shutterstock.
September 18, 2013
Lauren Markoe

What would you do if you found a backpack stuffed with money? Would it make any difference if you were homeless and jobless? Image courtesy of Dani Simmonds via Shutterstock.

Today and tomorrow gun control advocates lobby and rally in D.C. as investigators focus on the mental state of Navy Yard gunman Aaron Alexis and the ease with which he bought his weapon. But congressional Democrats say this latest horror isn't enough to garner the votes to pass even the most modest gun control measures.

Tall skinny latte, hold the gun. Starbucks said it doesn't want firearms in its stores and that it has erroneously been portrayed by the gun lobby as supportive of "open carry" laws.

And fears of violence are spreading in India as the nationalist Hindu party chooses as its standard-bearer a man accused of the mass slaughter of Muslims.

A new Pew study of Al-Jazeera America finds that the Qatar-owned network has covered the Syrian crisis pretty much like rivals CNN and Fox News, focusing on similar questions (should the U.S. strike?) and interviewing mostly American talking heads.

I wonder if the Rev. Tom Ehrich, who is getting tired of "bloatware" in both smartphones and churches, might like one of these kosher babies.

The Unpriestly Behavior Roundup-Within-The-Roundup: An Illinois priest with a taste for self-bondage returns to ministry and an elderly Italian priest gets super friendly with a young Roma (Gypsy) girl 50 years his junior. The "50" is not a typo.

Here's a priest who is getting far more sympathy. The Rev. Anselm Mwang’amba said acid was thrown at him as he left a cafe in Zanzibar, the Tanzanian archipelago. Our man in Africa, Fredrick Nzwili, describes him as another victim of anti-Christian violence plaguing Tanzania.

More priests -- especially Episcopal ones -- are accepting their calling, but not a salary. It's a trend that reflects the shrinking of mainline Protestant denominations, and one that's expected to accelerate, writes G. Jeffrey MacDonald.

Katherine Burgess writes that more than 1,200 rabbis and cantors have signed a letter urging Congress to pass comprehensive immigration reform.

Britain is reluctantly debating when, if ever, it is appropriate to require a veiled woman to expose her face over her religious objections. The question currently focuses on a young woman charged with intimidating a witness, and the judge who has ordered her to remove her niqab while testifying.

What would this niqab debate look like in the U.S.? Yesterday, a D.C. Superior Court judge asked me and 40 other potential jurors to let him know whether we recognized the plaintiff in the courtroom, a woman who was not wearing a veil. An elderly man behind me raised his hand with a question. "Your Honor," he said, "She's facing you. I can't see her. Can she please turn around so we can see if we know her?"

Judges on the 9th U.S. Circuit Court of Appeals are to decide whether a juror can be struck from a case because he or she is gay.

Oklahoma Gov. Mary Fallin is ordering the National Guard in her state to deny benefits to same-gender partners, contrary to a Pentagon order.

British cosmologist Stephen Hawking, whose wife once had the option of turning off his life support, says he supports assisted suicide as long as it's truly the wish of the terminally ill patient.

A homeless man in Boston finds a backpack containing more than $42,000 in cash and traveler's checks, so he flags down a police car and turns the pack in. Impressed people have raised more than $45,000 to help find Glen James an apartment and a job.

Donations pour in for homeless man who turned in backpack with $42K in cash. http://t.co/f3WnMJVGwd pic.twitter.com/lOXYUJrCbq

The National Climate Data Center is reporting that this summer was the fifth hottest on record. Notable cool spots include the central and southeast U.S. So let me get this straight: global warming is bypassing the Bible Belt?

Another cool spot - the Religion News Roundup. Subscribe below so you don't miss a thing on the religion beat.