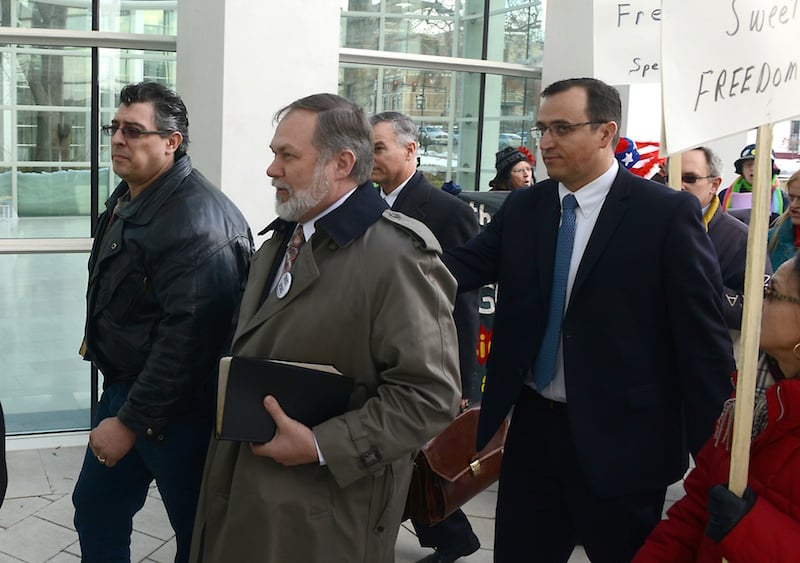 Pastor Scott Lively (in beard and trench coat) is shown arriving at U.S. District Court in Springfield, Mass., for a hearing in the crimes-against-humanity case filed against him by gay and human rights organizations. Photo courtesy The Republican/John Suchocki

(RNS) The Rev. Scott Lively runs a Bible study four mornings a week at Holy Grounds Coffee House in Springfield, Mass. His Abiding Truth Ministries provides meals and movies for the homeless and hosts about 45 people at Sunday services.

But outside of Springfield, Lively is not universally loved. The 58-year-old Pentecostal pastor, husband and father of four is accused of persecuting LGBT people abroad, a crime against humanity under international law.

A lawsuit by Sexual Minorities Uganda, an LGBT advocacy group, alleges that Lively conspired with Ugandan religious and political leaders since 2002 to strip gays of their rights in that country that has resulted in housing and employment discrimination, arrest, torture and the murder of gays and lesbians. The case, filed in 2012, is expected to go to trial early next year in a U.S. district court in Massachusetts. If convicted, Lively could face a fine.

“He’s very clear that you have to silence LGBT people and eradicate them politically,” said Pam Spees, an attorney with the Center for Constitutional Rights, a New York-based nonprofit that is representing the Ugandan advocacy group in the case.

Under the Alien Tort Statute,  people who are not U.S. citizens can bring suit in U.S. courts for violations of U.S. laws. The ATS has been used in cases of torture and genocide, but this is the first time it has been applied to persecution on the basis of sexual orientation and gender identity.

Sexual Minorities Uganda and the Center for Constitutional Rights contend that Lively’s presentations in workshops in 2009 and 2012 influenced a 2013 Uganda law, which initially called for life in prison for people who engage in same-sex relations. Later the law was revised to also punish individuals or groups that support gays. After international outrage, the constitutional court in Uganda overturned the law in August 2014 on a technicality, but lawmakers have said they will revive the bill.

Critics say another proposed law, which seeks to restrict nonprofits from operating in Uganda, could also be used to outlaw groups working with LGBT people.

“The situation there is very fraught and perilous,” Spees said. “There are so many violations happening in Uganda, and people are suffering. This case is part of a larger effort to keep it from getting worse.”

Lively, who became a born-again Christian in 1986 and started focusing on homosexuality in 1991, says he “rejects the things that do not comport with the Bible and the kingdom of God.” A brochure on his website says the Bible “identifies rampant homosexuality in society as the harbinger of God’s wrath.”

He’s taken that message abroad, most notably to Uganda and Russia.

“The gay movement is an evil institution (that aims) to defeat the marriage-based society and replace it with a culture of sexual promiscuity,’’ he said at a 2009 conference in Uganda.

Excerpts of Lively’s talk appeared in “A Prayer for Uganda,” aired in May on HBO’s newsmagazine “Vice.” In it, Lively compares homosexuality to pedophilia and says Uganda has “become like Sodom and Gomorrah.” He equates homosexuality with Nazism and fascism, blames the 1994 Rwandan genocide on gay people and calls AIDS “just punishment” for homosexuality.

READ: Justin Bieber: ‘You don’t need to go to church to be a Christian’

Evangelical pastor Rick Warren has also been linked to Uganda’s anti-gay legislation. In 2009, he removed from his church website articles by Lively after both were accused of spreading hate and spurring violence against gays.

“I do not know Scott Lively and have had no contact with him regarding Uganda or any other issue,” Warren wrote in 2009. “I would certainly not associate with anyone who denies the Holocaust, one of the greatest tragedies in human history.” Lively co-authored “The Pink Swastika” in 1995, which essentially blames the Holocaust on gays.

After a 2007 visit to Russia, Lively urged that country to “criminalize the public advocacy of homosexuality.” Russia’s parliament unanimously passed a federal law banning the spreading of “propaganda of non-traditional sexual relations” to minors in June 2013. The law makes it illegal to distribute material on gay rights and calls for fines for individuals and media groups found guilty of breaking the law. It has spurred international outrage, especially during the 2014 Winter Olympics in Sochi, Russia.

“It’s one of the proudest achievements of my career,” Lively said of the law in 2013 on Bryan Fischer’s radio show, “Focal Point,” run by the American Family Association. During the interview, he called Russia’s anti-gay law “very, very good.”

Lively is an outlier even among conservative evangelicals, according to Warren Throckmorton, a psychology professor at evangelical Grove City College in Pennsylvania.

“At one time he might have been on the edge of mainstream, but his rabid support for criminalizing gays took him out of the mainstream,” he said. “He’s gripped by the idea that homosexuality is the evil of society.”

Lively, who holds a law degree, says he is motivated by love, not hate. “It’s putting forward a truth that will allow them not to participate in something that could hurt them,” he said, referring to LGBT people.

He said that the accusations against him are unfounded and exaggerated and that his comments on homosexuality are protected by the First Amendment. “Free speech does not end at the border,” he said.

READ: It’s time for evangelicals to speak up for animals (COMMENTARY)

Lively said he is confident he’ll prevail in court and has no intention of changing his message.

“I’m not allowing anyone to stop me from defending biblical truth,” he said. “I’ll stand for the truth of God if it costs me my life.”

Lively is represented by Liberty Counsel, a Christian law firm that also represents Kim Davis, the Kentucky clerk who was recently jailed for her refusal to issue marriage licenses to same-sex couples. He’s never met Davis but said he admires her “courage and commitment.” 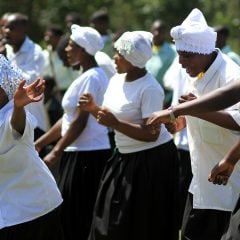 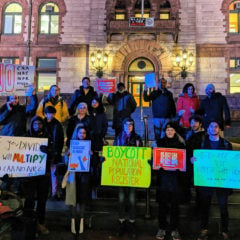