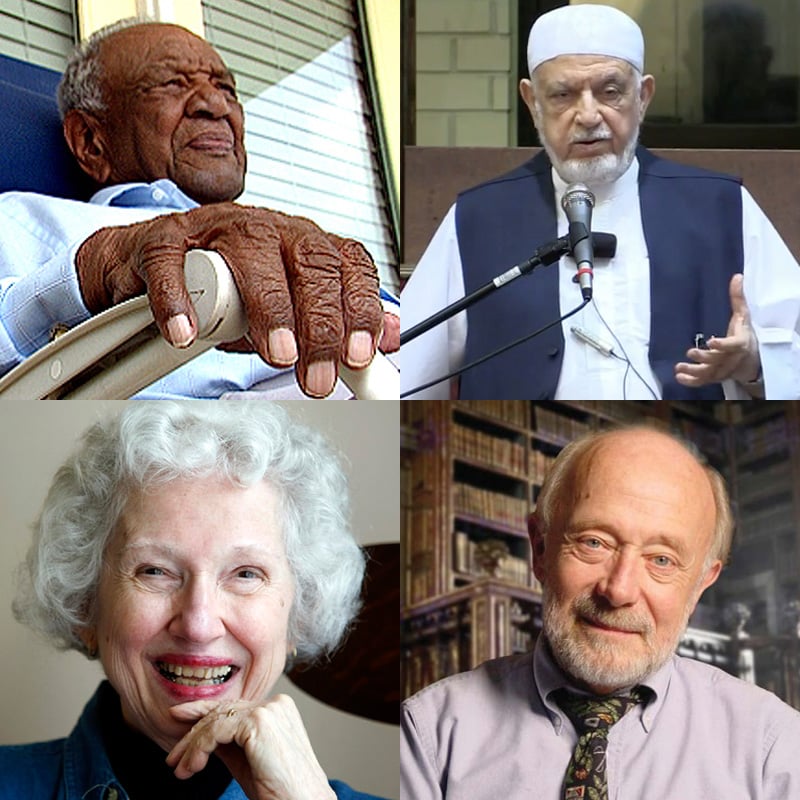 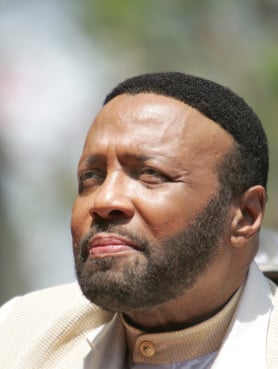 Eight-time Grammy-winning contemporary gospel singer Andrae Crouch listens to speeches before receiving a star on the Hollywood Walk of Fame on June 4, 2004. Photo courtesy of REUTERS/Lucy Nicholson
*Editors: This photo may only be republished with RNS-RELIGION-OBITS, originally transmitted on Dec. 30, 2015.

(RNS) They preached and inspired. They wrote and taught. Some lobbied in the halls of government. Others toiled to protect the environment and educate the young. Several died at the hands of persecutors.

Here is a list of notable faith leaders -- and a champion of secularism -- who left us in 2015.

The Grammy-winning gospel composer and singer, whose music remains a staple in many church hymnals, wrote “My Tribute” and “Take Me Back,” among other religious and secular pieces. He broke with his denomination’s tradition when he ordained and named his sister co-pastor with him of their Los Angeles church, New Christ Memorial Church of God in Christ. He was 72.

The prominent liberal theologian and Bible scholar helped popularize the intense debates about the historical Jesus and the veracity and meaning of the New Testament. Borg was a leader in the Jesus Seminar, which brought a skeptical eye to the Scriptures and in particular to supernatural claims about Jesus’ miracles and his resurrection from the dead. He was 72. 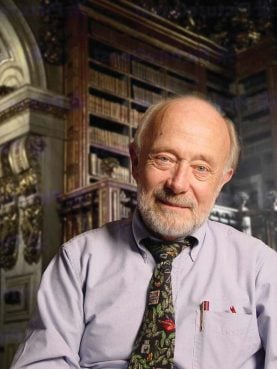 Marcus J. Borg, a prominent liberal theologian and Bible scholar who for a generation helped popularize the intense debates about the historical Jesus and the veracity and meaning of the New Testament, died on Wednesday (Jan. 21). He was 72 and had been suffering from a prolonged illness, friends said. Photo by Cyndy J Hubbard

The Catholic theologian at the University of Notre Dame wrote comprehensive works on church history and delivered punchy sound bites from a liberal perspective. In his media punditry and in a weekly column, he argued for the ordination of women as priests, optional celibacy and birth control, which made him a hero to progressives and the bane of conservatives. He was 78.

The atheist blogger -- one of four killed in Bangladesh this year -- founded Free Mind, a website where proponents of secularism write of the problems of religion and religious fundamentalism. Roy, a dual Bangladeshi and American citizen, was hacked to death by Islamic extremists, who he often denounced in his writings, in Dhaka, the capital of Bangladesh. He was 42.

The Catholic priest who led the University of Notre Dame for 35 years served on the first U.S. Commission on Civil Rights, called for nuclear disarmament and stood up to conservative Catholics who didn't want President Obama to speak at Notre Dame. Hesburgh received the Presidential Medal of Freedom and the Congressional Gold Medal. He was 97. Malcolm Boyd, photographed at the height of his fame as author of "Are You Running With Me, Jesus?" Photo courtesy of Malcolm Boyd archives

The A-list Hollywood producer turned Episcopal priest became a Freedom Rider in 1961, marched with the Rev. Martin Luther King Jr. in Selma and got arrested for protesting the Pentagon. In 1977, Boyd came out as gay, held the first “AIDS Mass” and helped launch the gay spirituality movement. He was 91.

Known as a genius of preaching, the Disciples of Christ pastor delivered sermons as intricate, unfolding stories -- a style contrary to the traditional approach in which a conclusion is supported by three examples. This widely adopted "inductive" method allows parishioners to finish the sermons in their own heads, drawing their own conclusions. He was 86.

Considered the nation's pre-eminent church consultant, Schaller advised on every aspect of church life -- from the arrangement of the pews to the personality of the pastor. A Methodist, he wrote dozens of books on church life and won the trust of Protestant faith leaders for his candid and creative prescriptions for churches trying to retain and attract young parishioners. He was 91. 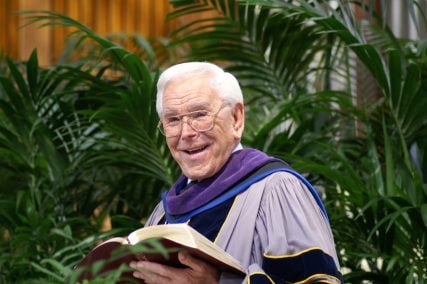 One of the nation's best-known pastors, the televangelist who led a megachurch empire attempted to integrate the teachings of John Calvin with the positive thinking of Norman Vincent Peale. Schuller preached the weekly "Hour of Power" television show for four decades, mostly from the famed Crystal Cathedral in Anaheim, Calif., which the ministry eventually lost to bankruptcy. He was 88.

Widely considered the dean of the nation’s black preachers and “the poet laureate of American Protestantism,” Taylor led Brooklyn's Concord Baptist Church of Christ for 42 years. From his pulpit, deemed “the most prestigious in black Christendom,” Taylor spun memorable sermons from anecdotes and Scriptures, but rarely wrote them down. He was 96. 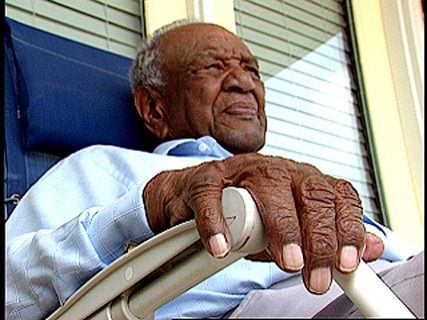 The Rev. Gardner C. Taylor, 88, retired from his Brooklyn church in 1990 but remained a guest preacher in pulpits across the nation after topping most lists of America's greatest contemporary preachers. Religion News Service photo courtesy of Religion and Ethics NewsWeekly

The powerful Roman Catholic cardinal and archbishop of Chicago stressed the rules over the exceptions and sought to represent Rome’s interests in the U.S., rather than the other way around. George was appreciated for his sharp mind and as an advocate for orthodoxy, but also as a pragmatist who could get things done. He was 78.

The rabbi promoted modern Orthodox Judaism in Israel, standing up for women's rights to study sacred texts and advocating for secular studies and for military service for even the most devout Jews. Lichtenstein, who had a doctorate in English literature from Harvard University, donated Qurans to a mosque that had been burned by Jewish extremists. He was 81. A quiet nun with a keen wit, Walsh led a very public life as a journalist and a longtime spokeswoman for the U.S. Conference of Catholic Bishops. She delivered the conference's message during years marked by growing internal divisions among the bishops and the explosion of the clergy sexual abuse scandal, earning reporters' respect for her straightforwardness. She was 68.

A  pediatric surgeon and evangelical Christian who left medicine behind to carry on his father’s passion for pursuing “new spiritual information” through the sciences as president and chairman of the Templeton Foundation, he sought to “reconcile the worlds of science and religion.” He was 75.

Sheikh al-Hanooti was an influential mufti, or interpreter of Islamic law, who led several Islamic communities in the U.S., including the Dar Al Hijrah Islamic Center of Northern Virginia. The imam served on the Fiqh Council of North America, an 18-member body that issues rulings and mediates disputes according to Islamic law. He was 78.

At 13, Pinckney began preaching. At 23, he won a seat in the South Carolina House of Representatives. A state senator since 2000, and pastor of the historic Emanuel African Methodist Episcopal Church in Charleston since 2010, Pinckney was gunned down with eight other parishioners by a white supremacist during Bible study. President Obama gave the eulogy for Pinckney, calling him "a model for his faith." He was 41. 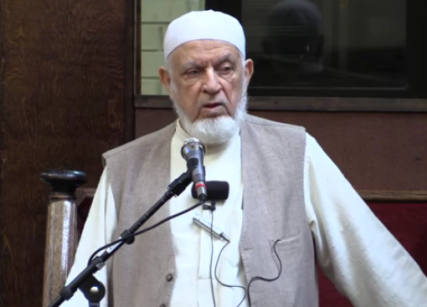 Sheikh Muhammad al-Hanooti was an influential mufti, or interpreter if Islamic law, who led several Islamic communities in the U.S., including the Dar Al Hijrah Islamic Center of Northern Virginia. Photo courtesy of YouTube

A strict conservative on the roles of gays and women within the Church of Jesus Christ of Latter-day Saints, Packer was president of the church’s influential Quorum of the Twelve Apostles and next in line to lead the church. Though he frustrated more liberal Mormons with his hard-line stands, he was appreciated for his eloquent sermonizing on the tenets of faith. He was 90.

The religious liberty advocate worked the corridors of Washington power for two decades to defend the separation of church and state and led the Baptist Joint Committee for Religious Liberty. "Religion is a transaction between you and God," he once said. "It’s personal and voluntary and if it’s not personal and voluntary, it’s not worth anything.” He was 83. 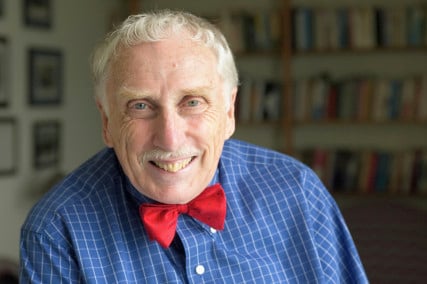 A Buddhist monk and hero to the Free Tibet movement, Rinpoche died in a Chinese prison. Supporters say the Chinese government falsely accused him of crimes related to a 2002 bombing and, during his 13 years in prison, denied him medical care for a heart condition. The spiritual leader founded medical clinics, schools and orphanages. He was 65.

A prolific author and one of the nation’s leading public intellectuals on all things religious, Tickle began the religion division at Publishers Weekly and was best-known for a range of essays and books on faith and life, most notably and successfully her series on “The Divine Hours,” about the power of daily fixed-hour prayer. She was 81. 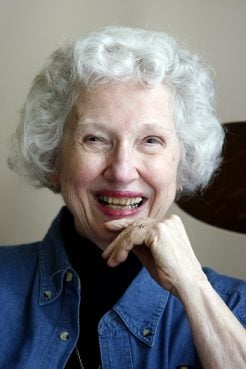 Phyllis Tickle was a Southern-born and -bred mother of seven and a doyenne of religion writers. Religion News Service photo by Karen Pulfer Focht

Saraswati, Indian Prime Minister Narendra Modi's guru, founded centers of traditional Hindu learning in India and the U.S. The Sanskrit scholar's philanthropic organization, the All India Movement for Seva, served millions with its educational, medical and anti-poverty programs. He was 87.

Sakr was a founding member and president of the Muslim Students' Association, an interfaith leader and a founding member of the World Council of Mosques. Sakr helped build mosques and Muslim schools across the U.S. and Canada and was considered an expert on Islamic food. He was 82.

The onetime architect of the religious right who later spent a year “living like Jesus” -- eating kosher food and keeping the Sabbath -- held prominent positions at Liberty University and helped grow the Moral Majority. He later distanced himself from the religious right. Dobson led a megachurch in Michigan and suffered for more than 15 years from Lou Gehrig’s disease. He was 65.