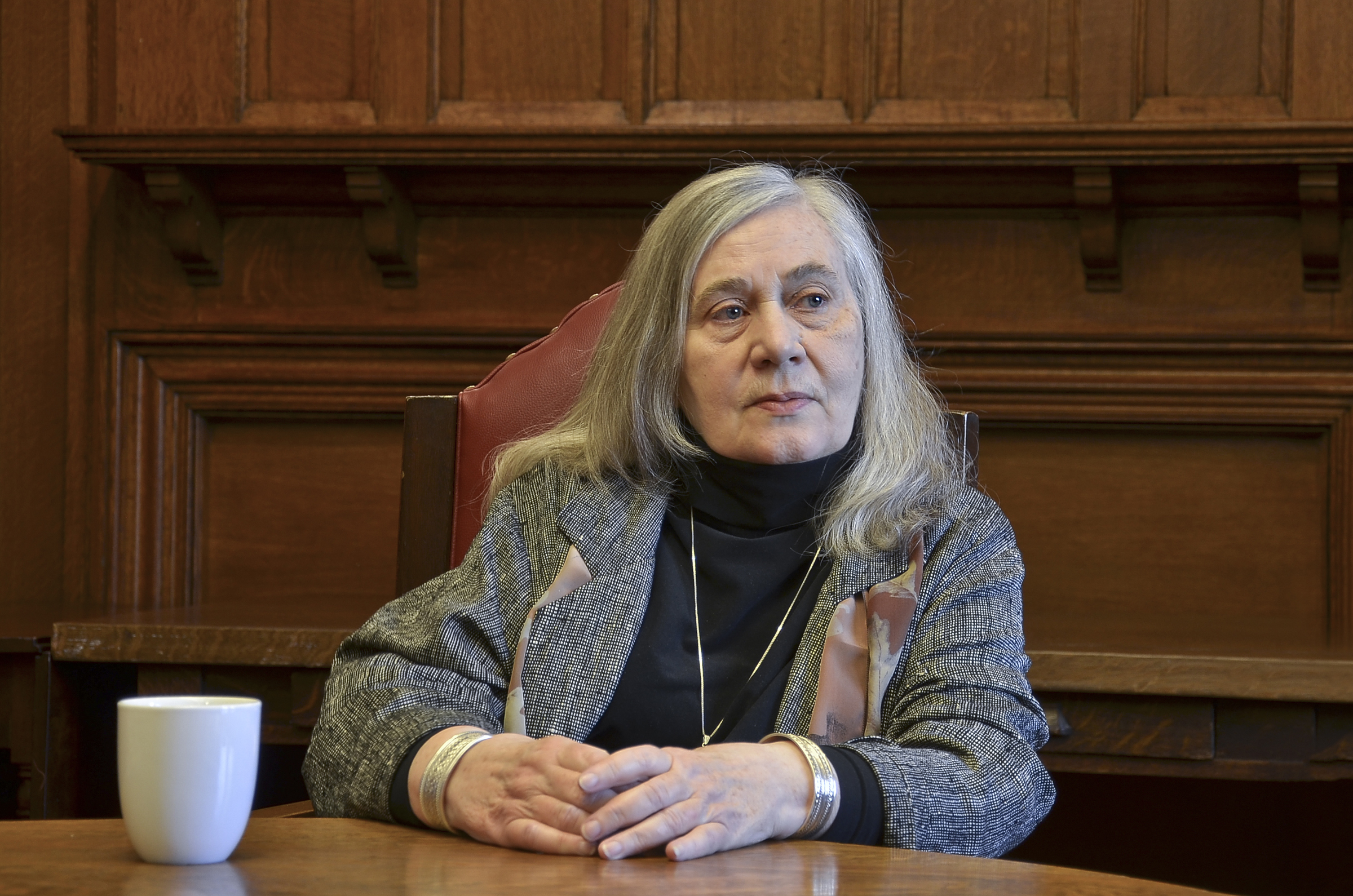 Guilt, Luthero-Calvinist style, could be blamed for this column, except that this forgiven Luthero-Calvinist sinner, when writing, favors pardon and freedom over guilt-obsession. Why might I be living at the edge of guilt this week? This is why: for the first time in hundreds of Sightings, here is a second-in-a-row treatment of the same topic. In this case, it is prompted by devotion to the voice of overt and unembarrassed “Calvinist-leaning” novelist Marilynne Robinson, who by her example actually inspired last week’s “Calvinism I,” though she was not mentioned or exegeted in that column. She deserves better, as do readers.

My lifelong love of fiction often gets suppressed when Sightings’s assignments deal with religion, and “the public understanding of religion.” Doesn’t that theme force preoccupation only with the non-fictional? No, or at least not all the time, including this week. Here is an open-faced confession of interest in Robinson’s fiction, along with an overt plug that readers of Sightings pay attention—or more attention—to Robinson. Not wanting to bore her already-faithful readers, we will spend only a moment visiting or revisiting her achievements, career, and noted reasons to read her when reflecting on the place of religion (in this case Calvinist varieties) in public, and personal, life.

For Robinson, the personal is public and the public is personal. In her four novels and more stories, few characters named with known proper nouns appear. The Idaho-born Iowan focuses on ordinarily unnoticed folk, to whom only ordinary things happen: things like giving birth, marrying, and engaging in the quiet rituals of daily living. Matthew Sitman in “Saving Calvin from Clichés,” an interview with Robinson, quotes her creation, the Iowa Calvinist minister John Ames from her novel Gilead, as “describing Calvin in ways rather similar to Robinson. ‘Calvin says somewhere that each of us is an actor on a stage and God is the audience’ [emphasis mine].”

Not only Iowa preachers but, one assumes, a majority of the world’s 1.8 billion non-Calvinist Christians (and many non-Christians) agree. Still, they need reminderers, and Ames and Robinson serve here. Interviewee Robinson reinforces Ames’s point by quoting Thérèse of Lisieux, who was not a novelist, Iowan, or Calvinist.

Robinson is sometimes accused of overlooking politics in her stories. Does she? “My politics,” she says, “and my religion as well, are based entirely on ordinary human lives. The creaky apparatus called politics shelters or oppresses or threatens these lives, and is therefore of interest.” In her work, politics is not gone, but simply relocated and reappraised. Cliché versions of Calvin suggest that he was just a gloomy Gus, inspirer of crabby Puritans, those major shapers of religious and other options in America, of whom H. L. Mencken famously said (and I paraphrase): they feared that someone, somewhere might be having a good time.

Robinson’s Calvin did more than inspire the “Protestant ethic,” which sociologist Max Weber credited to him. Is John Calvin really guilty of, or to be credited with, founding that ethic? Robinson: “Calvin’s social ethic insists on the reverence we owe one another. His sermons are full of attacks on greed and arrogance. His Geneva had public education for all children, boys and girls,” and his ethic of education included “the relief of the poor and refugees.”

In a recent essay in The New York Review of Books, Robinson, winner of most of the literary awards which come to mind except the Nobel—not yet, anyway—defines Calvin’s “humanism,” and expresses concern about the future of humanism in general. “If the rise of humanism was a sunrise, then in this present time we are seeing an eclipse. I take it to be a merely transient gloom, because [of] the work of those old scholars and translators and printers, the poets and philosophers they recovered and the poets and philosophers who came after them.” Now? “We have not lost them. We have only forgotten what they mean.” Then the novelist-as-theologian writes: “We are, as we have always been, dangerous creatures, the enemies of our own happiness. But the only help we have ever found for this, the only melioration, is in mutual reverance. God’s grace comes to us unmerited, the theologians say … And yet, the beautiful persists, and so do eloquence and depth of thought, and they belong to all of us because they are the most pregnant evidence we can have of what is possible in us.”

I hope readers can see from these too few references why Robinson is finding a place in the literary canon even as she is dusting off the portraits of John Calvin, who certainly merits “equal time” attention during this season of Reformation observances. Whom should we cite next: Thomas Aquinas? Maimonides?