(RNS) — A prominent far-right evangelical activist and author is behind a coordinated network of Facebook pages that is spreading extreme anti-Muslim and anti-immigrant messages and conspiracy theories to its combined 1.4 million followers, according to a Snopes investigation.

Fact-checking website Snopes linked the network to Kelly Monroe Kullberg, the founder and president of The America Conservancy, whose aims, as Kullberg has described online, are “advancing Biblical wisdom as the highest love for people and for culture.” All 24 Facebook pages had financial ties to Kullberg directly or organizations she helps lead.

Posts on the network decry “Islamist Privilege and Sharia Supremacy” and claim that Islam is “not a religion”; that Islam promotes rape, murder and deception; that Muslims hate Christians and Jews; that Muslims have an agenda to “spread Sharia law and Islam through migration and reproduction”; and that resettling Muslim refugees is “cultural destruction and subjugation.”

The tactics seem to mirror the playbook of Russian troll farms, with page titles purporting to originate with diverse demographic groups like “Blacks for Trump,” “Catholics for Trump,” “Teachers for Trump” and “Seniors for America.”

Snopes found that Kullberg and her associates’ agenda appeared, at least in part, to be working to re-elect President Donald Trump in 2020. The “astroturfing” campaign — referring to efforts made to look as if they come from legitimate grassroots supporters — was at least in part funded by right-wing political donors, including a prominent GOP donor who served as a fundraiser and campaign board member for 2016 presidential candidate Ben Carson.

“If you would have told me about this investigation 20 years ago I would have been very surprised,” said John Fea, a professor of American history at Messiah College and author of the book “Believe Me: The Evangelical Road to Donald Trump.” But given Kullberg’s more recent politics, he said, it’s hardly shocking. 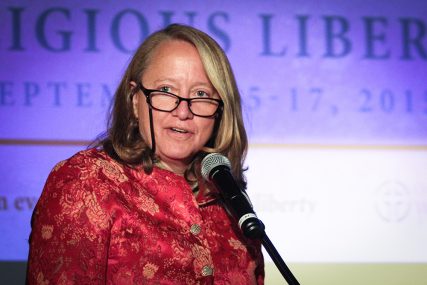 Her 1996 book “Finding God at Harvard: Spiritual Journeys of Thinking Christians” topped bestseller lists. Now based in Columbus, Ohio, she has served as a chaplain to the Harvard Graduate School Christian Fellowship and spent time as a missionary in Russia and several Latin American countries.

Most recently, Kullberg appears to have shifted further right politically, taking what Fea described as a “pro-Trump, Christian Right, culture war posture” laced with anti-social justice rhetoric. The American Association of Evangelicals, for which Kullberg is the founder and spokeswoman, is “essentially a Christian Right organization whose supporters read like a list of evangelical leaders who have thrown their support behind Donald Trump as a savior of the country and the church,” he said.

“She seems obsessed with the influence of George Soros on progressive evangelicals and believes that social justice warriors have hijacked the Gospel,” Fea noted.

On Thursday, Kullberg published an article on the conservative Christian blog The Stream suggesting that Jesus would be against opening doors to Latin American migrants. Jesus, she wrote, “does not cower to drug lords, Marxist and Sharia supremacists seeking to ‘fundamentally transform’ nations wherever ‘progressive’ money flows,” and he “wouldn’t play the game of Progressive social engineers, who use the poor as pawns.”

Kevin Singer, co-director of Neighborly Faith, an organization working to improve evangelicals’ relationships with other faith groups, said Kullberg and her associates “have created a digital mirage that their far-right fringe views enjoy a wide base of support in the evangelical community.”

In reality, he said, their network is a “pipeline of intellectual and spiritual poison into the evangelical community.” Their agenda to convince evangelicals “that faithful Christianity requires unwavering support for the far-right conservative agenda” will only resonate with those Christians “whose ‘church’ is Fox News or their local Trump rally,” he said.

The Kullberg network, as Snopes dubbed the 24 Facebook pages, appeared to be interested in “shifting public opinion against Islam and Muslims” in line with a far-right evangelical worldview, said Samantha North, an analyst with the Global Disinformation Index whose research focuses on anti-Muslim disinformation campaigns.

Since 9/11, Muslims have been a major target of disinformation campaigns, North explained. Many far-right astroturfing campaigns also promote anti-vaccination, anti-immigrant, anti-black, misogynistic and anti-feminist, anti-LGBT and, most commonly, anti-Semitic messaging. The current fixation of conspiracy theorists on liberal philanthropist Soros, which the Kullberg network frequently promoted, seems to be anti-Semitic at its core, she said.

Posts made on the Kullberg network’s pages also alleged that survivors of the Parkland High School shooting are on a “Leftist-Islamist payroll” funded by philanthropist George Soros; that Muslims promote female genital mutilation; that Soros is allied “with Islam to oppose Christianity and take down sovereign nations”; and that Muslims likely played a role in the destruction of Notre Dame Cathedral last month.

After Texas-based Imam Omar Suleiman delivered an opening prayer in the House of Representatives this month, at least two pages in Kullberg’s network posted identical messages claiming that “Sharia supremacy is very aggressive and it allies for power with anti-Christian, anti-American politicians.”

“What was most surprising to me was that the pages all revolved around one individual,” North said.

“But the more dangerous goal is that things that get seeded online like this will make their way into the mainstream,” North said. And they often do, she said, pointing to viral social media personas and debates manufactured as part of an extensive astroturfing campaign by the Internet Research Agency. The state-funded Russian troll farm aimed to disrupt the U.S.’ 2016 elections, Brexit and other major political moments throughout the world in favor of the Kremlin’s foreign policy goals.

Though Facebook has taken down hundreds of fake pages and accounts associated with the Russian IRA, the Philippines and Israel for “coordinated inauthentic behavior,” all 24 pages identified by Snopes remain active. Facebook did not respond to a request for comment.

“This campaign actually appears to breach a number of Facebook’s own policies,” North said. “It mystifies me that Facebook wouldn’t respond to that. I can’t think of a good reason to let this continue.”

A separate report by the Council on American-Islamic Relations this month found that evangelical Christian organizations are the top funders of anti-Muslim hate groups. The organization traced the flow of money from philanthropic organizations, including several faith-based charities, to dozens of identified anti-Muslim special interest groups through anonymous donations. 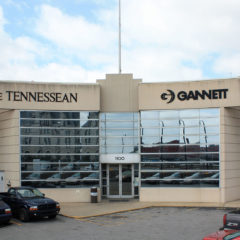