(RNS) — My friend Peter Panagore came back from the dead.  He wrote a book, “Heaven Is Beautiful,” about the experience and now speaks on the Near Death Experience circuit.

But Peter will tell you he was not near-death, he was dead. And it happened to him not once, but twice.

Peter and I attended Yale Divinity School together in the early ’80s. At that time, he had already died once, on an ice wall in Alberta, Canada, but he never mentioned it to me while at seminary. For years he did not speak to anyone about his experience, for just the reasons you might imagine.

Later, he felt led to share this story as part of his ongoing ministry. He told of experiencing light, love and a host of other sensations that were very real to him but difficult to describe.

Peter’s experience resonates with many people. He appeared on Fox & Friends’ national broadcast to talk about his book.  He’s had his own local television and radio programs in Maine and now he has a YouTube channel.

Like me, you might be skeptical. Maybe Peter is a huckster. Maybe he imagined or misunderstood his experience because it was so traumatic. Maybe something did happen in his brain — something scientifically explicable — and he now interprets that as coming back from the dead. 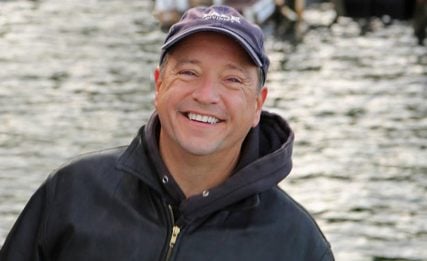 This last explanation is in many ways easiest for rationalists like me to swallow. I can imagine how his brain stopped functioning — maybe his oxygen was cut off, his memories kicked in, and then he reframed the whole experience when he regained consciousness. Given the grim circumstances (you’ll have to read the book), maybe his brain played tricks on him.

And yet he believes he died, twice, and came back with a purpose: to tell others that heaven is real and God’s love surrounds us. I have no doubt he is telling the truth as he understands it.

This raises questions for me that go way beyond the relatively mundane “What really happened to Peter?” Because the fact is, many people report that they experience God, or something supernatural, all the time, even though their experiences are usually a little less dramatic than dying on an ice wall.

Even a glance through the Association of Religion Data Archives shows evidence from the General Social Survey and the Baylor Religion Survey confirming just how normal such experiences are. More than three-fourths of Americans believe God is interested in their personal well-being. Fully 71% believe in life after death.

But of course it’s easy enough to report some general sense that something is probably true.  Heck, 47% of American believe extraterrestrials absolutely or probably exist.

But we can go way beyond these general beliefs to direct divine intervention. Some 16% of Americans (that’s 51 million people) believe they have experienced miraculous healing, and 55% (176 million) believe they have been protected from harm by a guardian angel. Finally, 44% (141 million) have felt called by God to do something at some point in their lives.

While “feeling called by God to do something” is not identical to being dead and brought back to life, surely these two experiences are points on the same cosmic continuum. Put another way, if you believe God can and does work directly in the world, all other questions are matters of degree.

We each have nonrational experiences of different kinds — intuitions, feelings and emotions.  Some hear these as the literal voice of God, some experience them as spiritual stirrings, and others resolutely interpret them in scientific, perhaps psychological, terms. But where are the hard lines among these options?

Truth to tell, in my teens I interpreted my own intuitions and feelings as the voice of God.  I did not think of my conscience, that “still, small voice,” as socially constructed or genetically programmed, but as divine guidance.

And now I do not. Now I work hard to filter my feelings and intuitions through a rational lens as best I can. I am persuaded by Jonathan Haidt, Daniel Kahneman and others that none of us is as rational as we’d like to imagine; intuitions come first. But I immediately squelch any hint that my intuitions, or any sensations, are supernatural and work to put them in a rational box.

Why? Because I was trained, and have trained myself, to do so. I don’t troll around on social media mocking the “superstitions” of others, but I take pride in being as coolly calculating as I can be.

But this rational strategy has real risks. Trying to conquer my intuitions also means trying to use reason to harness my feelings, and most therapists will tell you this is not a strategy for long-term happiness.

I also try to remember that my rationalist strategy leaves me in a pretty small minority. I don’t experience the comfort of a guardian angel or the optimism that everything happens for a reason. I do not sense God’s all-compassing love the way Peter does.

Or the way humans mostly do. In all of the world, in all of history, and even in America today, belief in supernatural experience is normal. Peter is normal. I’m the outlier.

(Arthur E. Farnsley II is associate director of the Center for the Study of Religion and American Culture at Indiana University-Purdue University Indianapolis. The views expressed in this commentary do not necessarily represent those of Religion News Service.) 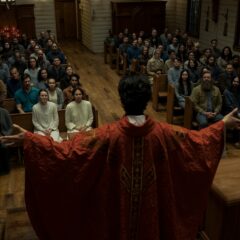