(RNS) — Churches and synagogues are in trouble.

And sometimes, that means radical surgery.

I am talking about the recent news out of the Twin Cities — about a church that is seeking to build its younger membership, and in so doing, appears to be ushering older people to the side.

Grove United Methodist Church, a congregation of mostly 60- and 70-somethings in a St. Paul suburb, will close this summer, according to the St. Paul Pioneer Press. The church needs a “reset,” the pastor said, and when it reopens in November, it will be focused on attracting new — and younger — people.

“It’s a new thing with a new mission for a new target and a new culture,” the pastor, the Rev. Dan Wetterstrom, told the Pioneer Press. But he later clarified to The Washington Post that “no one is being asked to leave the church.”

In the meantime, while the church is closed, current members will be encouraged to attend Grove’s other campus.

I can certainly understand the need to attract younger families.

But, let’s make sure there will always be room for every generation within those hallowed walls.

First: Because religious institutions are families.

A few weeks ago, I spent some time talking with a young man from a former congregation, in a small town in Georgia. I asked him if he had known a certain elder statesman of the community who had died — a man beloved and respected by the entire Jewish community, and beyond.

This was the young man’s response: “While I did not know him very well, he was like a grandfather to me. He was one of the people responsible for raising me.” I call this the “Mayberry effect” — as in the old “Andy Griffith Show.” Floyd, the barber, and Howard Sprague had as much of a role in raising Opie (played by Ron Howard) as did Andy and Aunt Bea. It is what we talk about when we talk about community.

Second: Older people have a life wisdom that younger people, if they are smart, covet.

Kids need older people around — and vice versa. How many kids don’t really know their grandparents, who are sometimes sequestered in age ghettos in south Florida and other parts of the Sunbelt?

Teenagers, in particular, thrive on the wisdom of age. You think Obi-Wan was just some punk yuppie who was a little older than Luke? Give me a break.

Third: Older people need the nurture of religious institutions — now more than ever.

Let’s just talk about my peers — boomers. You have heard the phrase “OK, boomer.” It basically means: Get out of the way. Whether those words come from a dismissive 25-year-old, or from a dismissive 45-year-old who thinks that he or she is doing wise church or synagogue planning, it not only hurts. It is counterproductive.

News flash. We are now on the brink of retirement. Many of us stand to inherit significant money. Many of us have nice pensions. (Others of us don’t.) We will have a lot of leisure time. We are still (mostly) healthy. We are smart. We read — as in: books. We are part of the world. We have busted our tuchises for social justice, and we will continue to do so.

Let me speak from my own perspective. Synagogue leaders should be beating their heads against the walls figuring out how to draw us in. I have done my best. I teach courses, nationally, on “Rock of Israel” — how Jewish ideas found their way into rock lyrics — Dylan, Leonard Cohen, Paul Simon, Janis Ian.

Jewish Sacred Aging. The brain behind this effort is my dear friend and colleague Rabbi Richard Address. He does consulting on how we create spiritual meaning in our later years. The podcasts and resources are amazing.

Rabbi Laura Geller and her late husband, Richard Siegel, edited a new book, “Getting Good at Getting Older.” (Full disclosure: They are also friends of mine, and Richie died before the book could see the light of day.) It is a worthy successor of “The Jewish Catalog,” which propelled many of my peers into creative Jewish living. This is about creative Jewish and human living in the later decades — creating spirituality, community, health, rituals, dealing with family. It is a richly generous resource, and its need is apparent.

The Jewish Boomer Platform. Created by Stuart Himmelfarb, B3 is dedicated to engaging Jewish baby boomers in Jewish life. B3’s work is amazing.

These are not small conversations. To the contrary, they are huge, dynamic, joyful and powerful.

Where else should those conversations happen if not for our houses of worship?

As the Psalmist wrote: “Cast us not off into old age.” 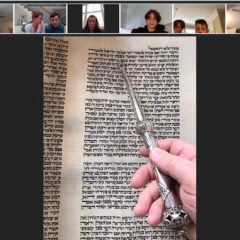 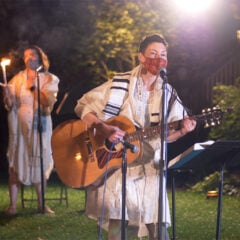 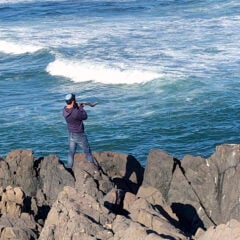