(RNS) — The annual SeaCon cruise and conference is meant to be a high point of the year for members of Black Nonbelievers Inc., a nonprofit that offers community to Black Americans who live “free of religion.”

However, this year’s conference, held from Nov. 26 to Dec. 3, has left a rift in the organization, with leaders at most of the group’s local chapters quitting and raising questions about one of the most prominent Black atheists in the country.

In a statement dated Dec. 5, leaders from five chapters — in New York; Detroit; Portland, Ore.; Louisville, Ky.; and Washington, D.C. — said they were cutting ties with Black Nonbelievers and its president, Mandisa Thomas.

The letter mentioned “events that culminated horribly” during the cruise but did not give specifics.

“As leaders, we should take pride in modeling and rewarding the right way to treat people who follow our example,” they wrote. “While certain behaviors may be acceptable even as key goals are met, we conclude that to permit unethical behavior(s) behind the scenes will lead — and is leading — to a loss of good people and reputation for the organization that we love and spent ten years to build.”

Before the letter from chapter leaders was made public, Black Nonbelievers had 8 local chapters, though some were dormant.

In an interview with Religion News Service, Thomas said she had gotten no formal list of concerns from the leaders who quit. She accepts their decision to leave and wishes them well.

Thomas also said that she had mishandled a “personal situation” during the conference and that some other leaders in the group had talked with her about that situation.

“I acknowledged my responsibility for how it had been handled,” she said. “I apologized to some individuals and took corrective action for the rest of the cruise.” 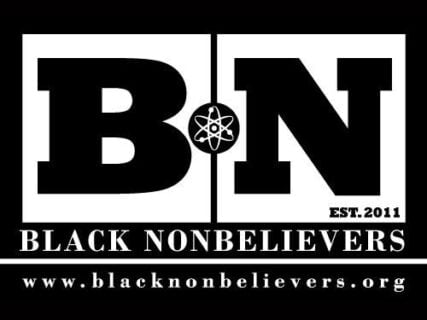 Thomas said she planned to debrief with leaders of Black Nonbelievers after returning home from the cruise. Before that could happen, she said, the chapter leaders issued their statement.

In the interview, Thomas, who said that Black Nonbelievers is “my whole life,” acknowledged that as a leader, she is held to a higher standard of conduct, one she tries to live up to.

“When I do fall short — I do accept responsibility,” she said.

She also said some of her positions on issues are “nontraditional,” which has caused some controversy. She declined to detail what those issues were. But she insisted Black Nonbelievers is “a safe space,” a claim that was repeated in a statement released by the group.

Rogiérs Fibby, the former director of the D.C. chapter, regarded Black Nonbelievers as the most prominent of the Black nonbelief organizations in the U.S. Fibby, who was one of the leaders who left, said the rift signals a “heartfelt loss” for many, noting especially Black nonbelievers who live in the Bible Belt and who “don’t have another church to go to.”

“It’s not like, ‘Oh, well, I’ll just go to the other Methodist church across town,'” Fibby said. “We really do have to build it, and that’s what we’re going to do.”

Fibby said those who left Black Nonbelievers hope to rebuild a space with “structures of accountability,” where people can report “any kind of inappropriate relationships” or “any kind of conflicts.”

“We’re trying to keep humanism at the forefront on the way we deal with this. … We’re not just atheists, we’re humanists,” he said. (Humanists abide by a philosophy affirming the responsibility “to lead ethical lives of personal fulfillment that aspire to the greater good of humanity.”)

Leaders allege that Thomas violated a code of conduct for all SeaCon attendees. 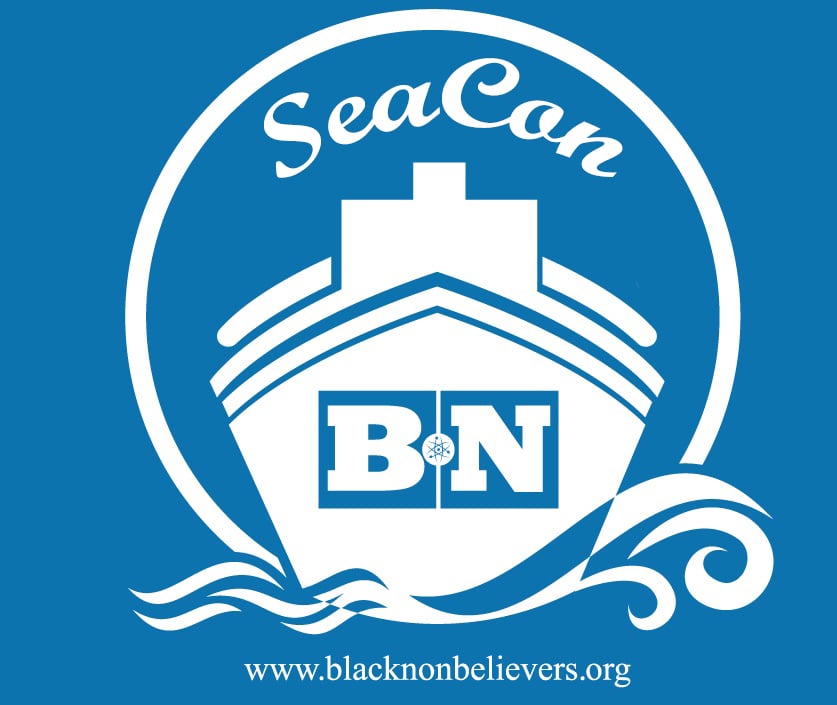 Bridgett “Bria” Crutchfield, who established the Detroit-area affiliate of Black Nonbelievers, said a detailed report is forthcoming “that will outline specific instances and infractions that were concerning.”

“When you’ve been a leader for so long, sometimes it’s hard to see the mistakes that you have made,” said Crutchfield, who worked closely with Thomas in organizing the annual “Women of Color Beyond Belief” conference.

Crutchfield, who regarded Thomas as her best friend, said leaving the organization was “one of the hardest decisions that we’ve had to make.” But, she said, out of this fallout a “functioning collective is being created.”

Thomas plans to remain in her role at Black Nonbelievers and said she will work to rebuild the organization after the departure of other leaders. She has taken a leave of absence from the board of the American Humanist Association after a local chapter of AHA reported concerns about Thomas. That chapter was also affiliated with Black Nonbelievers.

“We are saddened by the recent concerns expressed regarding Mandisa Thomas,” AHA President Sunil Panikkath told RNS in an email. “The American Humanist Association is committed to being a safe and inclusive environment for all. We are still assessing the situation. We want to understand what happened and our next step will be to obtain further information in more detail to determine the best course of action.”

Panikkath also offered “our sincerest sympathies to all those affected or upset by this situation.”

The board of American Atheists, where Thomas is also a member, is aware of the concerns raised by former leaders of Black Nonbelievers.

“In keeping with our internal policies, our board ethics committee and members of leadership have begun the process of reaching out to those individuals and to Ms. Thomas,” the group said in a statement.

The board of American Atheists fired its former president, David Silverman, in 2018 after allegations of misconduct surfaced.

Black Americans have long been one of the most religious groups in the country. However, a growing number of younger Black Americans are disconnected from organized religion. A 2021 study from Pew Research found that 28% of Black members of Gen Z and a third of Black millennials identify as “atheist, agnostic or ’nothing in particular.’” By contrast, 11% of baby boomers and 5% of the “Silent Generation” identify in the same way.

The 46-year-old Thomas, who founded Black Nonbelievers in 2011, said she grew up spiritual but not religious but began to identify as an atheist humanist around her mid-30s.
In recent years, she’s become one of the nation’s better-known atheists of color and she and other Black secular women have spoken out about Christian nationalism and reproductive justice.

“We advocate for an evidence-based approach to what we do in life,” she told RNS earlier this year. Our perspective is that this is the world we live in. We have to make sure it’s a better place for ourselves and for future generations.” 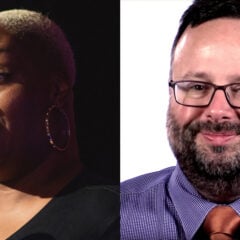