They got offended. They wanted to sin. They were too lazy to keep the commandments.

Those are three of the most popular “reasons” that current members of the Church of Jesus Christ of Latter-day Saints tend to use to explain why an increasing number of people are leaving the Church or losing their faith.

As I’ve explained before, these explanations did not hold up in the nationally representative Next Mormons Survey, which showed that former Latter-day Saints cited other reasons, including the sense that the Church was a judgmental place and they could not trust its leaders to tell the truth about controversial or historical issues. The offended/sin/lazy justifications also don’t hold up in a new study released this week from David Ostler and discussed in the book Bridges: Ministering to Those Who Question. It’s a lovely book directed at current LDS leaders, parents, and teachers, explaining why faith crisis tends to occur and what, if anything, the Church can do to help.

Ostler’s sample includes some who have stopped attending church as well as others who are still active but whose beliefs have changed. It is not nationally representative, in that the data was drawn specifically from a social media affinity group made up of adults who were once very active in the Church and have since either left or experienced a faith transition.

It’s statistically unusual for former Mormons to have been so involved; in the NMS, for example, the majority of former Mormons had never received a temple endowment, been sealed in the temple, or served a mission. The median age for leaving was 19, before many of those milestones are achieved.

In Ostler’s more focused “convenience” or “snowball” sample, fully 98% of respondents said that at the time of their faith crisis, they held a current temple recommend. Since previous social science research has shown that only about 20% to 30% of adults whose names are on the membership rolls hold a temple recommend, 98% is remarkable.

I bring this up only to note that statistically, Ostler’s group is not typical. But I cannot overstate how important his research is. Many of the Faith Crisis respondents are people who served in the Church, had a strong testimony, and held callings, and then left, often with their spouses and children in tow. They may not fit the majority profile of people who left in adolescence or early adulthood, but their stories are all the more vital because they were so committed at one time. What happened?

Ostler has a keen sensitivity for their stories and their pain. The book is filled with in-depth personal interviews as well as helpful data. 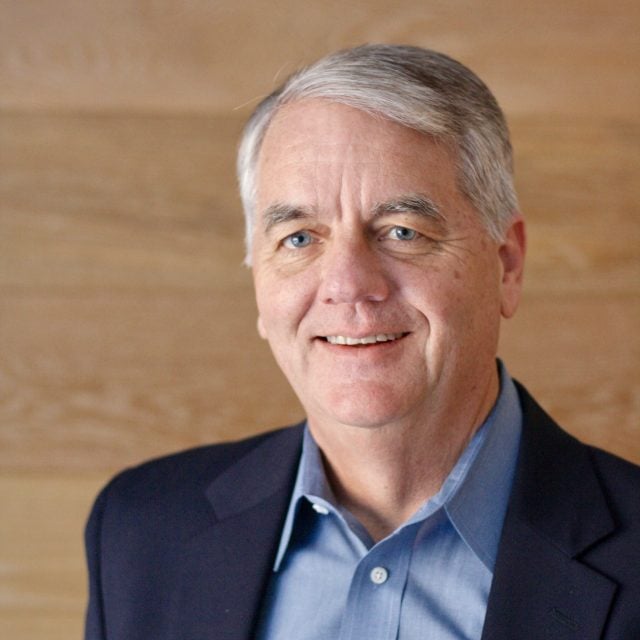 David Ostler, former mission president and author of “Bridges: Ministering to Those Who Question.”

Ostler can also see the perspective of local leaders, and is very sympathetic to how tough their callings can be. He is active in the Church and has served as a bishop, a stake president, and a mission president. (One of the many things I like about the book, and about Ostler himself, is that he humbly mentions the mission presidency only in passing when we’re already nearly halfway through the book.) So he can understand why bishops and other leaders might have the wrong idea about faith crises.

“I’ve seen leaders be confused by people who leave the Church,” he said in an interview. “The leader is committed, has strong feelings of belief, and has sacrificed their time. So to some extent it seems so outside of their experience that someone would leave the Church who once had those same feelings.”

In the absence of information, leaders sometimes “jump to conclusions because they need to explain it and understand it.” These include the ideas that people are lazy, they are sinful, or they got offended.

Ostler decided to test those ideas on two different populations. In addition to the Faith Crisis Member Survey mentioned above, he also conducted a parallel “Local Leader Survey” in which he asked bishops, Relief Society presidents, and other leaders why they think people leave.

The disconnect was startling. For example, 84% of local leaders said that people leave because they don’t want to live the commandments, but only 9% of Faith Crisis respondents said that actually applied to them.

Instead, they said they were concerned about problems in Church history, the Church’s stance on LGBT issues, unequal gender roles, judgmentalism, and other issues.

Another major disconnect was found in how the Church is handling the problem.

More than half of local leaders (53%) agreed that “the Church as a whole provides adequate information for leaders to help people who are in a faith crisis,” compared to just 1% of respondents who had experienced such a crisis. So where bishops and other leaders thought the Church as an institution was dealing well with the problem, 99 out of 100 members and former members surveyed said that was not their experience.

But local leaders’ general confidence about the Church’s ministering to those in a faith crisis seems to break down when they’re asked about their own situation. Only 15% said their stakes and wards provide leaders with adequate training about faith crises.

“I really was quite surprised at how low the training was, since everyone says that faith crisis is a problem,” Ostler says. He notes that there have been positive steps at the general level, like the Gospel Topics essays, or the more honest and transparent history that’s available in Saints. But at the local level, leaders are still trying to figure this out themselves, and many feel inadequate. Only 26% of local leaders agreed or strongly agreed that “My ward leaders know how to effectively minister to individuals in a faith crisis.”

Ostler hopes that Bridges will contribute to greater understanding, and better communication between leaders and members. He especially hopes that the book’s message about simply listening to people who are going through a faith transition or crisis—listening without trying to convince them they’re wrong, or that they should not have these questions, or that they are in spiritual peril—will get through.

“Listening means we develop the skill of being present when someone is saying something that is meaningful to them and difficult for them,” says Ostler. “You may not even be able to comprehend what they’re talking about if your life experience is so different from theirs, which means it’s a skill. And we’re not taught it well in the Church.”