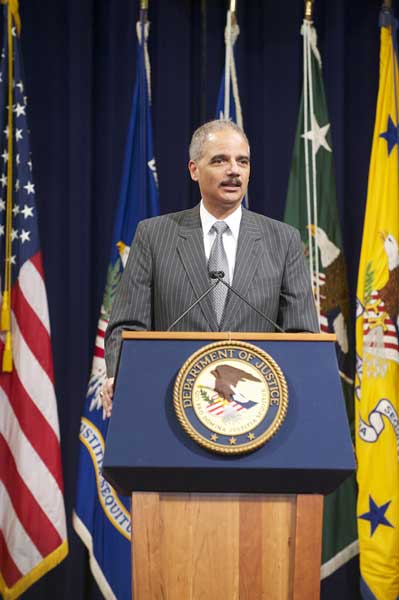 We’re going big here at Roundup today. After all, what do we live for when the news is like an unfunny op art caption: Bang! Pow! Socko! I quit!

Summing up the fight against the Islamic State: Airstrikes, airstrikes and more airstrikes pounding Iraq and Syria. And no, the mayor of New York assures folks, the city is not under imminent terror threat.

Meanwhile, ISIS is now touting that it executed a civil rights activist, Samira Salh al-Nuaimi, whose “crimes” included posting messages on Facebook “critical of the militants' destruction of religious sites in Mosul.”

One of the many reasons it can't just be about Americans (and one Brit) beheaded, horrible as that is: http://t.co/Tlase7G9AI

One woman has donned a secret camera to film life in the Syrian city of Raqqa surrounded by armed men:

Pope Francis has sacked a bishop in Paraguay who is accused of covering up complaints of sexual abuse by a priest (oh and maybe he also embezzled a bit).

U.S. Attorney General Eric Holder has resigned and the merits of his six-year term as attorney general depend on your news source: Fox News delivers a litany of every controversial move Holder ever made. While MSNBC measures him by (surprise!) progressive accomplishments, particularly on civil rights and gay rights. He told the Daily Beast his work on criminal-justice reform was his “signature achievement.”

But the spotlight moved in moments from Holder’s accomplishments and/or errors to the fight ahead for his replacement.

Ferguson, Mo., is in uproar -- still and again. The police chief Thomas Jackson made an awkward, two-months-late apology for police leaving Michael Brown's body in the street for hours. Reaction: Protests in the streets and calls for his resignation.

That’s what 26 wives and girlfriends of Catholic priests call themselves. And they want the upcoming Vatican synod on the family to ditch the centuries old tradition of clerical celibacy. Good luck with that, ladies. So far, not even gregarious Pope Francis is giving them the time of day.

A Maryknoll Father says that synod needs women's voices, not only "post-middle-age celibate males who, in the phrase jokingly used by clerics, 'have no children to speak of'."

Jews worldwide celebrated Rosh Hashanah Thursday so they’re done, right? Wrong. Conservative and Orthodox Jews celebrate this holy day for two days so l’shanah tovah to all who are heading to services and heating up the left-over brisket. What? You don’t make a brilliant brisket? You need to check the ‘Splainer for Lauren Markoe’s mother’s recipe.

What’s it all about, Alfie?

One of the posters featuring quotes and reflections from prominent British humanists.

British Humanists are posting answers to life’s big questions in subway posters quoting the wisdom of novelists and philosophers who, of course, all happen to be nonreligious. George Eliot: “What do we live for if not to make the world less difficult for each other?

In-your-face anti-Islam activist Pamela Geller is coming baaaak with another round of New York transit posters screaming (can a poster scream? Well, figuratively speaking…) about jihad. According to Newsweek, the new posters go up September 29. The last round of public opinion Ping-Pong advertising was in May, when Geller’s ads prompted a rebuttal flush of ads from the Council on American-Islamic Relations (CAIR).

Unhappy about such advertising? Recite the First Amendment while gritting your teeth.

Department of stuff you didn’t know you wondered about:

Wonder what Robert Schuller’s Crystal Cathedral looks like now that it’s becoming the Christ Catholic Cathedral of a Roman Catholic diocese? Renderings show the transformation of the building, once seen by millions as the scene of Schuller’s "Hour of Power.”

Wonder where to find a rich field of lonely, bored adults killing time with sinful activities? They’ve followed the oil boom to North Dakota. Now evangelists are moving in on prairie “man camps.” So far, no gushers of converts but evangelists live on hope.