(RNS) — President Trump’s born-again-like embrace of evangelical politics was the biggest religion story of the year, but a shooting at a Texas church, a wedding cake that a Christian baker refused to make and the status of Jerusalem also grabbed headlines.

And lest we forget, so did a 500-year-old schism, and a museum dedicated to a book thousands of years old.

All told, it was a year in which America seemed more divided than it has been in a long time, while continuing trends of disaffiliation didn’t keep faith — in particular the conservative Christian kind — from playing an outsized role in the leadership of our nation.

After decades waiting in the wings to influence American politics at the highest level, a who’s who of evangelicals, including figures such as Florida preacher Paula White and Texas pastor Robert Jeffress, showed up regularly at the White House for photo ops and policy consultations. Their “unprecedented” access was offered perhaps as a reward for their support, and Vice President Mike Pence was thought to have been key in arranging it.

While the president’s sexual history made them believers in situational ethics, on issues they cared about he followed a religious right playbook with the zeal of a convert.

Trump appointed Supreme Court justice Neil Gorsuch, whom they believe will help chip away at Roe v. Wade. The president also rolled back contraceptive coverage, backed a bill to ban most abortions after 20 weeks of pregnancy, and sought to fulfill his campaign pledge to delete the Johnson Amendment, which places limits on politicking from the pulpit.

And he declared that America recognizes Jerusalem as Israel’s capital, triggering protests in the Muslim world and exciting apocalyptic fervor in America among some premillennialist Christians.

As the nation grew increasingly polarized, many pointed fingers at the role allegedly played by social media and tech giants in altering online debate. On Yom Kippur, Facebook CEO Mark Zuckerburg atoned for the divisive role played by Facebook. And Silicon Valley teamed up with the ADL in an effort to combat hate speech.

Still, haters were emboldened. In Portland, a white supremacist told a black train commuter and her hijab-wearing friend to “go back to Saudi Arabia.” When bystanders stepped up in their defense, he stabbed them, killing two. Nationwide, assaults against Muslims surpassed the level registered after the Sept. 11, 2001 attacks.

And a surge in anti-Semitism was also reported: Synagogues were vandalized and Jewish tombstones desecrated, though a wave of bomb threats against Jewish Community Centers turned out mostly to be the result of a hoax by an Israeli-American teenager.

At a “Unite the Right” rally in Charlottesville — held to protest the removal of Confederate statues — a man linked to white supremacist groups rammed his car into a crowd of counter-protesters, killing one woman and injuring 19.

Anti-racism protests spilled onto the football field, where Colin Kaepernick and other NFL players took a knee during the national anthem, in a religious-like gesture condemning police brutality against African-Americans. They were just doing what Jesus would have done, said Kaepernick’s former San Francisco 49er teammate Eric Reid in response to criticism from the president and others.

The nation’s plague of gun violence reached a new nadir when a man opened fire from his 32nd-floor Las Vegas hotel room, killing 58 concertgoers at a country music festival below. To maximize the bloodshed, he used a gun outfitted with a bump-stock to shoot like an automatic firearm.

Churches were also targets. On Nov. 5, a man dressed in black tactical gear gunned down 25 people attending a service at First Baptist Church of Sutherland Springs, Texas, including a pregnant woman. Her 8-month-old fetus was counted in the official death toll.

It was Texas’ deadliest mass shooting and the fifth deadliest and worst in a place of worship in modern American history.

And it wasn’t the only church shooting this year. On Sept. 24, a gunman fatally shot a woman at a church in Nashville and left a note describing it as retaliation for the mass shooting at an African-American church in Charleston two years ago.

Churches debated how best to protect themselves from attacks. But Sutherland Springs was something other than a hate crime, as details emerged of the shooter having broken his infant stepson’s skull and beaten his wife, whose family were church members.

Sexual harassment became a leading news topic, with scandals involving men in powerful positions preying on women and girls in vulnerable situations. It cost Hollywood director Harvey Weinstein, a major supporter of liberal causes, and Sen. Al Franken (D-Minn.) their jobs. And it cost Alabama Republican senatorial candidate Roy Moore what should have been an easy election.

Moore, a former state supreme court judge who once had a 5,280-pound granite statue of the Ten Commandments installed in the courthouse lobby, was reluctant to accept defeat and decried what he said was “immorality” sweeping over the land.

The hashtag #metoo trended globally with thousands upon thousands of women sharing similar stories of sexual assault or harassment. In France, the Paris prosecutor’s office opened an investigation into accusations of rape by the respected Islamic scholar Tariq Ramadan.

In America, there were renewed allegations of sexual misconduct against the president, who dismissed them as – wait for it – “fake news.” The toppling of other predatory men may have been seen as a watershed by much of the country, but many conservative white women were said to be less concerned by sexual harassment than the economy and national security.

Speaking of cultural shifts, two years after the Supreme Court ruling legalizing same-sex marriage nationally, a Colorado baker asked the same tribunal for the right to conscientiously refuse to make a custom wedding cake for a gay couple.

While many conservative Christians see themselves as discriminated against, surveys continued to document a generational shift in the nation’s religious makeup away from traditional Christianity, especially among the young. And a new record low was reached in the number of Americans who believe the Bible is the literal word of God.

As the “brogrammers” of Silicon Valley develop troubled consciences and yearnings for transcendent meaning, will any progress be made in the creation of a new religion based on Artificial Intelligence?

A few blocks from the Capitol, a state-of-the-art, $500 million Museum of the Bible opened amid much prayer, ribbon-cutting and a sigh of relief by its main backer, antiquities collector Steve Green. A few months earlier, Green’s firm, crafts chain Hobby Lobby, agreed to pay a $3 million fine imposed by the Justice Department and to return thousands of illegally imported artifacts to Iraq.

The future was a little brighter in neighboring Saudi Arabia for women, who will be allowed to drive starting next year. How about wearing a miniskirt? Well, that’s still out of the question, as made clear by the arrest of one woman who tried to this year and the outcry against her.

In Tunisia, however, a Muslim woman can now marry out of the faith without the groom having to convert.

Germany marked the 500th anniversary year of the Reformation, which was seen as cause for appreciating that, despite all the terrorism and strife in the world, at least Christians are no longer “at war with each other.”

Buddhist and Muslims aren’t getting along so well in Myanmar though. The pope brought attention to the plight of Rohingya Muslims but was criticized for not referring to them by their ethnic group’s name until the next stop on his trip, Bangladesh.

Looking into the crystal ball

– How will religious institutions respond to the #metoo movement, with stories of abuse already making the rounds online via the #churchtoo hashtag?

– The 50th anniversary of the Martin Luther King Jr. assassination on April 4 will likely be an occasion to reflect on how far the United States has come on race, and religious leaders will no doubt be prominent voices in that conversation.

– Will the ban on travel from six predominantly Muslim countries — which Trump says will protect the nation from terrorists — be upheld by the Supreme Court against the challenges wending their way through lower courts?

– As the “brogrammers” of Silicon Valley develop troubled consciences and yearnings for transcendent meaning, will any progress be made in the creation of a new religion based on Artificial Intelligence?

– The canonization of martyred Salvadoran Archbishop Oscar Romero, long-stalled because of his ties to liberation theology, could take place next year and be a milestone in Pope Francis’ reorienting of the Catholic Church’s priorities.

– Ireland, which has some of the most restrictive abortion laws in Europe, will hold a referendum on abortion. It’s scheduled to take place weeks before the first papal visit to the country since 1978.

– After the arrest of dozens of clerics this year, what will come of Crown Prince Salman’s efforts to bring Saudi Arabia’s religious establishment to heel and push for a more open brand of Islam in which their role is limited?

– What will be the fate of Jared Kushner’s efforts to devise a peace plan in the Middle East after Trump’s recognition of Jerusalem as Israel’s capital?

– Will the relationship between Israeli and American Jews be further strained after the Israeli government endorsed the ultra-Orthodox stance forbidding men and women to pray together at the Western Wall?

– How will the Supreme Court rule in the Masterpiece Cakeshop case about the limits of free speech and religious freedom and on another case about California’s requirement that pregnancy centers post notices about publicly funded abortions? 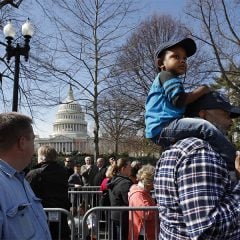 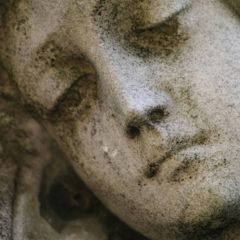 Columns
Looking back with lament, and forward with hope 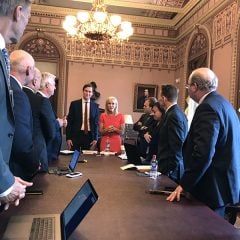 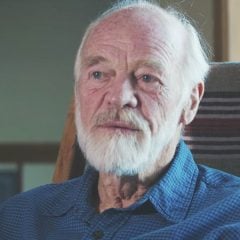 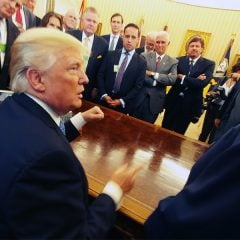 News
2017: In a less religious America, conservative Christians got the president’s ear, a museum and a day in court
Follow us on Facebook!
Submit your photos to RNS