(RNS) — Snake-handling Pentecostals may be on the fringe of American religious culture, but a new opera brings their exuberant worship and rockabilly-inspired music to center stage this week.

“Taking Up Serpents,” a 60-minute work by composer Kamala Sankaram and librettist Jerre Dye, debuts Jan. 11 and 13 at the Kennedy Center in Washington, D.C.

Set in Gulf Shores, Ala., the opera tells the story of Kayla, a 25-year-old clerk in a convenience store whose father runs a serpent-handling church. Washington National Opera soprano Alexandria Shiner plays the lead role. Timothy J. Bruno plays her father, the pastor of a Pentecostal congregation called the “Church of the Lord Jesus Christ With Signs Foretold.”

The “signs” referred to in the church’s name come from Mark 16:17-18, which claims believers can speak in tongues, survive a dose of poison or a bite from a venomous snake, heal the sick and cast out demons. Most Pentecostal churches accept the first, fourth and fifth signs as normative. But only about 100 U.S. congregations, mainly in Appalachia, believe that church services should also include snake handling and the quaffing of strychnine and similar poisonous substances. 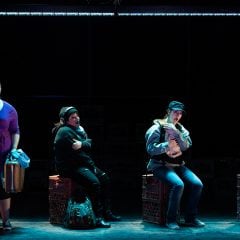 Ensemble cast of AOI’s “Taking Up Serpents” production by Washington National Opera at the Kennedy Center. Photo by Scott Suchman

The opera traces Kayla’s journey after she learns her father is dying of a rattlesnake bite in a Birmingham hospital. Her mother wants her to come home. As she travels there, Kayla reminisces over her childhood and frayed relationships with her family. She visits her father in the hospital, then makes her way to his church.

There won’t be any live snakes onstage, but during the final aria, Kayla reaches into a snake box (typically a flat wooden box with a Plexiglas cover) to pick up a serpent.

“She does choose to handle at the end,” said Dye, who grew up Pentecostal and embraced “gifts” of the Holy Spirit such as speaking in tongues. Although his family didn’t frequent serpent-handling churches, he knew they existed nearby. 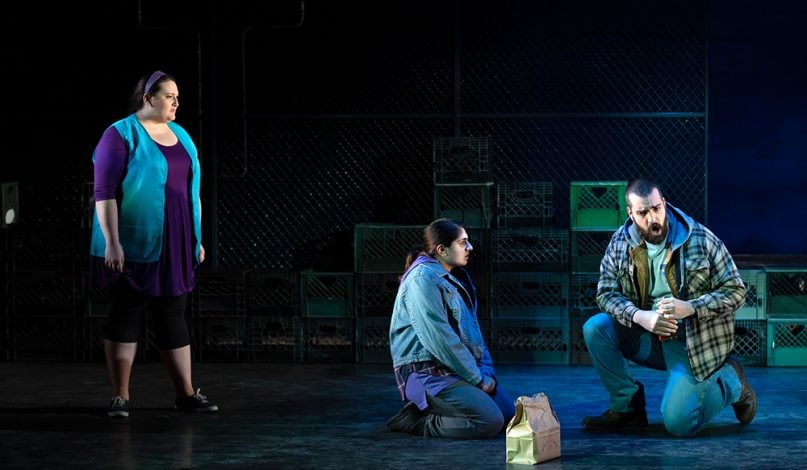 “When I grew up, snake handling was considered the line in the sand for that culture,” he said. “The most theatrical charismatics would absolutely distance themselves from snake handling. They would say, ‘We don’t handle snakes, but we know people who do.’”

The opera was inspired by Dye’s upbringing and the 1995 book “Salvation on Sand Mountain,” which features serpent handlers in Alabama’s rural northeast. He calls serpent handlers one of the great hidden stories of the South. Their church services, he said, are filled with built-in drama.

“Possessing an electric testimony is built into the culture,” he said. “They have to talk about how God found them. They call themselves godly and yet their lives are very messy.”

Dye was also impressed with the music of serpent handlers, which is often improvised and plays a major role in church services. Congregants will sing and dance for hours during worship. 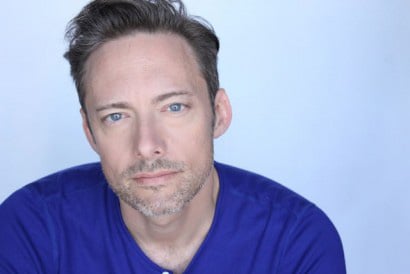 “There’s a jangly, gorgeous lopsided sound to their music. It’s like Johnny Cash crashes into something,” Dye said. “They’re all very self-taught and they use piano, tambourine, drums, whatever instruments are available.”

Dye has left the beliefs of his childhood behind. Theater, he said, has taken the place of religion in his heart. Still, there are the memories.

“I try to tell this human story of this search, this longing,” he said.

The use of snakes in worship services is a solely American phenomenon, beginning around 1910 after George Hensley, a preacher from Chattanooga, Tenn., began teaching that the Mark 16 verses mandated the practice. The practice spread to the point that several states in the region outlawed serpent handling because of the many deaths that resulted.

About 100 people have died of snake bite or poison intake during such services over the last century. One of the most recent deaths occurred Feb. 15, 2014. The Rev. Jamie Coots, 42, the co-star of “Snake Salvation,” a 2013 reality show on serpent handling aired by the National Geographic Channel, was fatally bitten while holding three rattlesnakes at a church service in Middlesboro, Ky.

Serpent handling is not a practice associated with the arts world, as it’s typically represented in documentaries or photo exhibits. As for fiction, Ralph Hood, a psychology professor at the University of Tennessee at Chattanooga who’s considered the world expert on the practice, said there had been a few novels about the snake handlers, although “none of any real merit,” he added.

Robert Ainsley, director of the American Opera Initiative program sponsoring “Taking Up Serpents,” said religion is not an alien theme for opera.

“‘Samson and Delilah’ have huge elements of that,” he said. “This opera is more about a dysfunctional family than about serpent handling, but religion is fundamental to the plot. Faith is a constant and a given and it flows in some form through everyone’s life. I think that (Dye) has nailed that fact.”

The performance, which has a cast of six (playing multiple characters) and a 13-piece orchestra, heads up a quartet of short operas sponsored by the American Opera Initiative Festival. The festival, which seeks to bring new talent for the opera stage, commissions pieces that reflect American society. 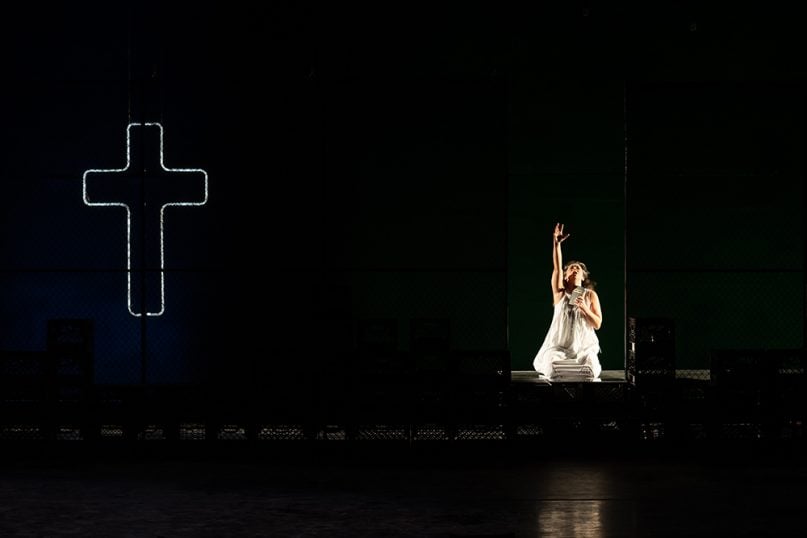 Nelda (Eliza Bonet) plays the wife of a snake-handling preacher in AOI’s “Taking Up Serpents” production by Washington National Opera at the Kennedy Center. Photo by Scott Suchman

Sankaram, the composer, had worked with music in Episcopal and Catholic settings but wasn’t familiar with immersive music that dominates in Appalachia. Because the freewheeling rockabilly style of serpent-handling churches was foreign to her, she watched a lot of videos to get a feel for the four- to five-hour services. The music typically includes bluesy keyboards, electric guitars, drums and tambourines.

It took her five months to come up with a score for a wind quintet, string quintet, piano, percussion and guitar that mixes a contemporary Christian style with shape notes, a type of singing that’s popular in the Great Smoky Mountain region of Appalachia.

“I wanted something in stark contrast to the classical vibrato style of singing,” she said. “It was difficult. I am not from the South. I am from California. While I have friends who are Pentecostal there, this was not the same at all.”

Because of union regulations, the Kennedy Center performances will not be broadcast.

Its creators hope to restage it somewhere closer to the culture, such as Memphis or Nashville, Tenn. Dye believes this first-of-its-kind opera is a story waiting to be told about a group often mocked for its beliefs.

“‘Taking Up Serpents’ was written to honor the spirit of this ecstatic, religious universe and the extraordinary people who inhabit it,” he said. “It was also written to lift the veil a little and serve up some modern-day ecclesiastical redemption.”

(Julia Duin is the author of “In the House of the Serpent Handler: A Story of Faith and Fleeting Fame in the Age of Social Media.”)

News
Mexican-born bishop chosen to soon lead the Diocese of San Bernardino
News
At Bishop Barber’s NC church, Pete Buttigieg works to woo black voters
Faith
Chief rabbi’s attack on anti-Semitism keys reckoning over faith in UK election
Faith
The priest who channeled Black Power into the Catholic Church
Signs of the Times
Will the world end with a bang, a whimper — or Christ?
© Copyright 2020, Religion News Service. All rights reserved. Use of and/or registration on any portion of this site constitutes acceptance of our User Agreement and Privacy Policy, Privacy Statement and Cookie Notice. The material on this site may not be reproduced, distributed, transmitted, cached or otherwise used, except with the prior written permission of Religion News Service.